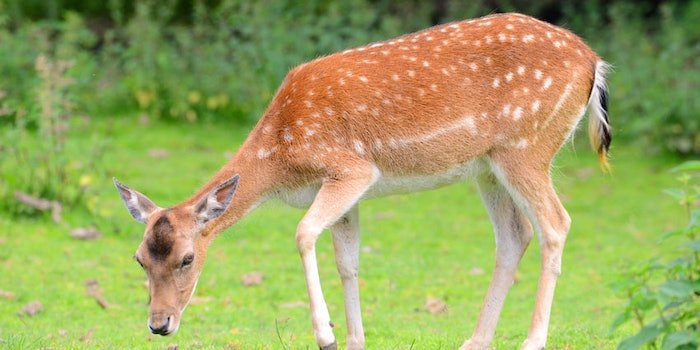 The spa industry has become accustomed to different ingredients becoming trendy in the skin care market. In 2019 alone, we've seen consumers go crazy for pineapple, snail slime and magnesium, so now we ask ourselves, is deer milk about to be the latest skin ingredient trend to hit the market?

Milk-based skin care is not new to the industry, with even Cleopatra having famously credited her beauty to bathing in milk, but deer milk is putting a unique twist on things. The discovery of deer milk benefits happened by accident on a farm in New Zealand. A farmer named Graeme Shaw discovered their hands had been transformed from the deer milk that they had been handling in an attempt to make cheese.1 This led the farmer to seek out help in discovering the beneficial properties of deer milk, which led to the creation of the bran Kōtia.1

New Zealand seemed to have a pretty big hand in the building of this trend, as it was another New Zealand farmer that discovered the benefits that deer milk had on her hands, who then signed with the South Korean pharmaceutical company, Yuhan, to begin creating a range of skin care.2

Good for Bones and Skin

While trendy, interesting and sometimes flat out bizarre ingredients tend to grab client's attention, what's more important than the buzz is the result. Deer milk is not only trendy because it's "new," but it also works. After Shaw saw the benefits working their magic on her own hands, she sought out to do some extra research to see how else this ingredient can benefit the skin.

For starters, deer milk has a high amount of protein in it, which can help repair skin cells. When comparing deer milk with other milk (i.e. cow, sheep or goat), it is significantly higher in protein.1 This also helps to moisturize the skin as it binds water to the epidermis.1

“It’s really about the fat content and the solids. In deer’s milk, it’s almost three times as much [as goat’s milk]. Deer milk is about 20% solids, whereas most milks are around 5% go 6% solids,” explained Kerrie Moore, national training manager for Kōtia.3

Other reasons that consumers are taking to this new skin ingredient is because of its ability to nourish the skin through the use of minerals, it's anti-aging properties and how it is ethically farmed. Deer can't actually produce milk while under stress, so deer farms go to great lengths to make sure that they are relaxed and happy.1