Women Tea-drinkers May Have Less Plaque in Arteries 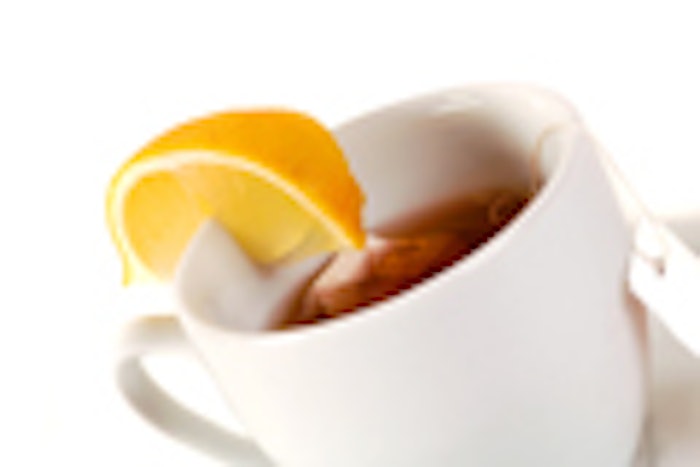 Women who drink tea may be protecting themselves from a build-up of artery-clogging plaque, so lowering their risk for heart disease and stroke, findings from a French study suggest.

Dr. Mahmoud Zureik and colleagues found that older women who reported drinking at least three cups of tea a day were less likely to have plaque in the carotid arteries in their neck than those drinking less tea.

The investigators, all with INSERM, France's national institute for medical research, report their findings in the journal Arteriosclerosis, Thrombosis, and Vascular Biology.

Zureik's team analyzed ultrasound measures of carotid artery plaque among 2,613 men and 3,984 women, aged about 73 years old on average, in relation to tea drinking and other dietary habits, and medical and personal history obtained during in-person interviews conducted from 1999 to 2001.

The association between fewer instances of carotid plaques and increased daily tea consumption was independent of other dietary habits, major vascular risk factors, age, area of residence, and education, the investigators note.

"There was no association of tea consumption with carotid plaques in men," the team found.

The investigators did not gather data on the types of tea consumed or the duration of tea drinking among participants, and they are unclear why the association occurred among women and not men.