Key to a Safe Tan for Fair-Skinned People Discovered

Cathy Christensen
Fair-skinned people who yearn for a suntan -- even though they know it's hopeless and unhealthy -- may one day have cause for celebration.

Harvard scientists have discovered new information about how the skin tans or -- in the case of fair-skinned people -- stubbornly refuses to tan due to a genetic defect. Using a skin treatment, they have turned pale skin dark, while also protecting it from ultraviolet-induced skin skin cancer.

"Darkening a person's skin may mimic the protective benefit seen in people who otherwise make a large amount of pigment," says researcher David E. Fisher, MD, PhD, director of the Melanoma Program at Dana Farber Cancer Institute in Boston. And that could translate into a reduction in the toll of the potentially deadly skin cancer melanoma, expected to be diagnosed this year in 62,000 people in the U.S. and to result in 8,000 deaths, according to American Cancer Society projections.

The study appears in the Sept. 21 edition of the journal Nature. Fisher cautions that the study was done only in animals. Using a topical cream instead of the sun's rays, Fisher's team was able to switch on the tanning mechanism in the skin cells of fair-skinned mice, turning them into olive-skinned animals. "This has not been demonstrated in people and there is a lot that needs to be proven before it's ready for even a first attempt in clinical subjects," Fisher says.

Even so, the study was called intriguing by Meenhard Herlyn, DVM, PhD, a tumor biologist at The Wistar Institute, a research center on the campus of the University of Pennsylvania. "What he clearly has shown is ... you can induce a pigmentation, tanning, and the purpose is that people who are very susceptible to skin cancer, including melanoma, can be protected." 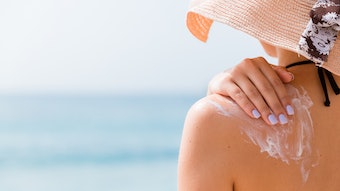 Some potential skin care resolutions for 2022 include applying sunscreen every day, avoiding tanning beds and preparing skin for winter, per an article from Everyday Health.
Jan 28th, 2022