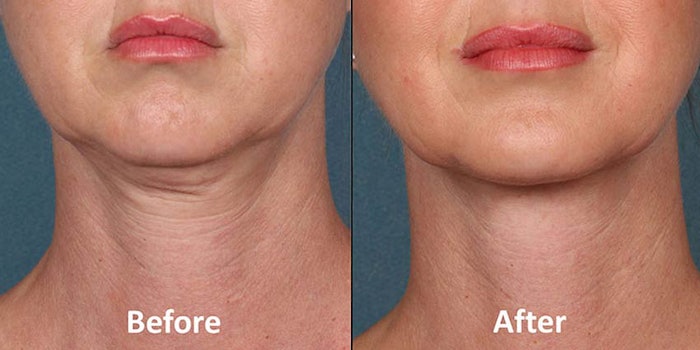 The U.S. Food and Drug Administration (FDA) has approved a nonsurgical treatment for what is commonly referred to as a “double chin.”

In a survey conducted by the American Society for Dermatologic Surgery last year, 68% of 8,300-plus respondents said they were concerned with excess fat under the chin and neck.

Kythera Biopharmaceuticals has created Kybella, also known as ATX-101, “for improvement in the appearance of moderate to severe convexity or fullness associated with sub mental fat in adults.”

Keith Leonard, president and CEO of Kythera said, "For the first time, people have access to an FDA-approved, nonsurgical treatment for submental fullness, a condition that can negatively impact the overall appearance of the face and can result in a person feeling older and heavier.”

Kybella is administered by injections into the fat under the chin and a treatment session is 15–20 minutes, in a series of two to six treatments. Retreatment is not expected.

In clinical studies of more than 1,600 participants treated with Kybella, 68.2% responded to the treatments, based on physician and patient measurements.