The Road to Relief: Common Treatments for Rosacea 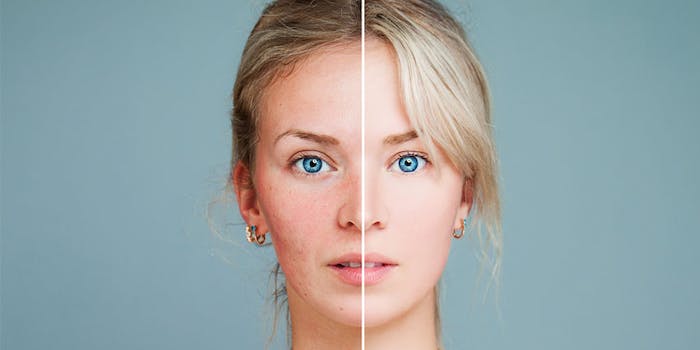 The National Rosacea Society found that rosacea affects over 16 million Americans. The worst affected populations reside in the Northeastern states of Maine, Rhode Island, New Hampshire and Connecticut with 10% of the states’ adult populations suffering from the skin disorder.

Treatments for rosacea are as varied as the patients themselves. Kovak notes the importance of providing several treatment options to the patient, including home-care as well as office visits.

“Some patients may require prescriptions to get their rosacea under control, while others may do perfectly well with diet improvements,” he said. “No option should be discounted because of prejudice since the patient and his or her rosacea is what really matters.”

“Many patients elect to undergo laser or IPL treatments as an alternative to prescriptions because of its ease of treatment and infrequency,” said Kovak. “Lasers and IPL treatments are a staple in the treatment of rosacea, but new drugs continually are being developed to diminish the signs and symptoms of rosacea.”

The key to soothing rosacea is finding the triggers that cause skin sensitivity and redness. A survey by the National Rosacea Society revealed that some of the most common rosacea triggers include sun exposure, emotional stress, hot or cold weather, wind, alcohol, spicy foods, heavy exercise, hot baths, heated beverages and certain skin care products. Additionally, some foods, medical conditions and cosmetics can also cause trigger rosacea.

For many patients, diet plays a large role in their rosacea. Following an anti-inflammatory diet or getting tested for food allergies, such as gluten, can make a big impact in lessening the symptoms of rosacea.