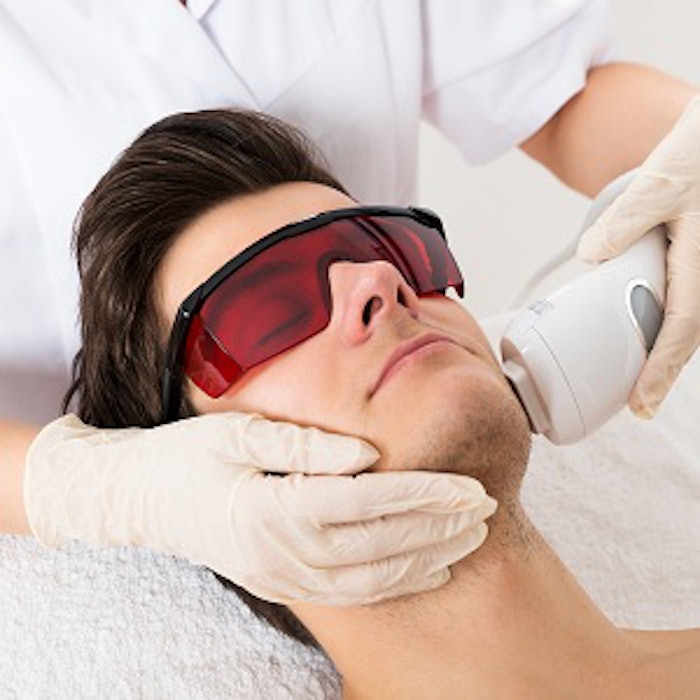 The growth of nonsurgical procedures continues to rise, despite the recession. According to the American Society of Aesthetic Plastic Surgery, in 2008 alone, Americans spent $4.6 billion on nonsurgical cosmetic procedures, and laser skin resurfacing has grown more than 270% from 1997–2008. This shows that there is room for even more growth in this industry, and estheticians can play a role in making this business a success. One of the biggest concerns for new and seasoned estheticians is that medical skin care treatments are taking the place of esthetic skin care services, such as superficial peels, microdermabrasion and facials. If the esthetician and the practice position it correctly, adding esthetic services to complement medical services can be beneficial to everyone involved, including the patient.

How do lasers work?

In order to offer esthetic services to clients effectively before and after laser treatments, you must have a good understanding of lasers and how they work. Light that is able to be seen is called visible light, and this is a combination of multiple colors that are blended together. Visible light is most evident when you shine light through a prism or when you look at a rainbow. In these instances, the light is broken up and each component of the visible light is seen as an individual color. The primary colors in the spectrum are red, orange, yellow, green, blue, indigo and violet, and each color in the visible light spectrum has a corresponding wavelength measured in nanometers (nm). The wavelength helps determine the characteristics of light. In laser therapy, the longer the wavelength, the deeper the light penetrates the skin. Therefore, red will travel deeper into the skin than violet. Laser therapy manipulates the light so that it is directed specifically at the chromophore (target). When the laser light hits its target, it is absorbed and then heated. The goal in laser therapy is to destroy the target before the heat can spread to, and potentially damage, the surrounding tissues.

Nonablative, or “cold,” lasers have become a great option for skin tightening, as well as treating brown spots and telangiectasias. Visible light lasers (VLL)—lasers that target a specific wavelength between 400 nm and 1064 nm—and intense pulsed light (IPL)—a light therapy device that targets several wavelengths throughout the electromagnetic spectrum—can be used to eradicate brown spots and red blood vessels, and subsequently improve the appearance of the skin in a relatively short time with no downtime. When the darkly pigmented cells of the skin absorb the laser light, energy is released in the form of heat, which causes the destruction of the cell. In the case of spider veins or broken capillaries, the energy is absorbed by the red blood cells, and the heat is transferred to the wall of the blood vessel, which is then destroyed. In both of these methods, little energy is dissipated to the surrounding tissue, and therefore it is not injured, and the skin surface remains unharmed. Also, depositing heat into the dermal layers of skin can cause collagen stimulation, which can result in skin tightening. This is why these treatments are usually marketed as offering skin rejuvenation benefits.

The esthetician’s role. Following laser treatments for pigmentation, the spots often darken before they lighten or disappear. An esthetician can provide peeling services at two-week intervals between the series of VLL or IPL treatments. This will improve the results, as well as speed up the removal of any darkened lesions on the skin. Jessner’s peels have been shown to be very effective for lightening pigmentation and work great in conjunction with these treatments. If the client is more on the sensitive side with red undertones to her skin, a lactic acid peel would be a better option. Microdermabrasion is also effective if the only concern is lifting darkened or crusted pigment. It is also the responsibility of the esthetician to recommend products to maintain the results of these procedures. For pigmentation, products containing pigment-lighteners should be used. For vascular problems, products containing vitamin K can help strengthen capillaries in order to prevent additional damage, and with every treatment, the use of sunscreen is of the utmost importance.

CO2 ablative laser treatments improve wrinkles and fine lines by heating the water content in the skin to the boiling point, thereby vaporizing the skin cells. This laser treatment results in a controlled burn, which is limited to the outer layers of the skin. When this reaction occurs, it is called “ablative” because the outer layers of the skin are being destroyed, or ablated. If the treatment is aggressive, the underlying skin is left raw, uncovered and unprotected. The skin typically becomes red and weepy following the procedure, and full skin regeneration can take up to six months, depending on the procedure. As the wound heals, new skin regenerates by collagen formation and is laid down in a more orderly fashion. There is a thickening of the dermis and the epidermis, excess dead skin cells are removed and pigmentation spots greatly improve.

One of the biggest breakthroughs in facial rejuvenation treatments during the past few years has been the addition of fractionated laser resurfacing. This technology allows for the deep penetration of energy that changes the structure of collagen and stimulates a wound response. During these treatments, the laser beam is fractionated by a special microlens so that it is evenly distributed from the handpiece to the skin. Islands of untreated, intact skin are targeted evenly throughout the treatment field; this results in rapid re-epithelialization and healing. Fractionated lasers are quickly replacing the use of nonfractionated ablative lasers due to the decreased possibility of side effects, increased healing times and better results.

The esthetician’s role. The esthetician’s role is involved and intense with ablative and fractionated patients. The patient must be educated about the importance of keeping the skin moist, and avoiding sun exposure and smoking, or they can have serious side effects including hyperpigmentation and even scarring. It also is important to counsel patients and prepare them for the intense treatment they are about to undergo. Before the treatment, the esthetician can prepare the skin with microdermabrasion treatments and superficial peels. A series of three treatments could be performed at two-week intervals starting eight weeks before the scheduled laser appointment. Understanding the post-treatment protocols is also necessary, as is identifying any concerns so that a physician or nurse can be notified of potential adverse effects. During the ensuing six-month healing time, the skin will need attentive care. Most patients will be excited and interested to learn how to take proper care of their newly rejuvenated skin, and they will be motivated to work with the esthetician to keep it in a healthy state.

For those who want an improvement but do not want the significant amount of downtime or risk that comes with CO2 laser therapy, there is another option; the ablative erbium YAG (Er:YAG) laser. One of the greatest benefits of the erbium laser is that it allows the strength of the treatment to be adjusted from a mild resurfacing to a deeper treatment, based on the patient’s desire. The Er:YAG laser has a shorter wavelength (2940 nm) than the CO2 laser, and it produces energy in the mid-infrared invisible light spectrum. The Er:YAG laser does not burn the skin like the CO2 laser does, and because of this, the amount of pain and the number of adverse effects experienced by the patient are greatly reduced, while the degree of precision and control is significantly enhanced. The healing process lasts from three to seven days, depending on the depth of the treatment.

The nonablative fractionated Er:YAG laser was developed to capture the same aesthetic results of an ablative technique along with the comfort, short recovery and mild adverse effect profile of a nonablative modality. This laser can be adjusted to fit the desired aggressiveness of the treatment, the patient’s response and the skin’s sensitivity. Rapid epithelization is typically induced within 24 hours. There is considerable skin protection when using this laser, and there is a reduced risk of scarring and heat-related complications. Treatments produce mild to no pain, and anesthesia is not required. Erythema and edema rarely last more than one or two days. Complete healing is achieved quickly, and there is essentially little to no downtime. Several treatments are usually done at intervals of three to four weeks to maximize benefits and a significant improvement can be expected in epidermal and deeper dermal pigmentation, such as melasma. This technology is effective without the downtime common to medium-depth peels and ablative laser treatments.

The esthetician’s role. The esthetician frequently takes care of these patients both before and after the laser procedure. Patients may undergo several chemical peels and microdermabrasion treatments with the esthetician, and then begin requesting treatment that is slightly more aggressive than simple epidermal treatments. However, these treatments can prepare the skin, and patients may see better results if the skin is prepped ahead of time. After a nonablative fractionated Er:YAG treatment, the skin is left with a crusted epidermis. Microdermabrasion or dermaplaning should be recommended to the patient a week after the treatment to remove this crusted skin. This is an important part of the overall result, as is developing an after-care program with the patient.

There are many benefits to having an esthetician play a role with patients receiving laser treatments. Not only can the esthetician improve the results and help prolong the effects of the laser treatments, but they are also an advocate to patients. Patients will have closer ties to the practice and appreciate the fact that there is more than one person available who knows their skin. It should be the responsibility of everyone in the office to make patients aware that estheticians are available to provide these treatments and recommend a tailored skin care regimen.