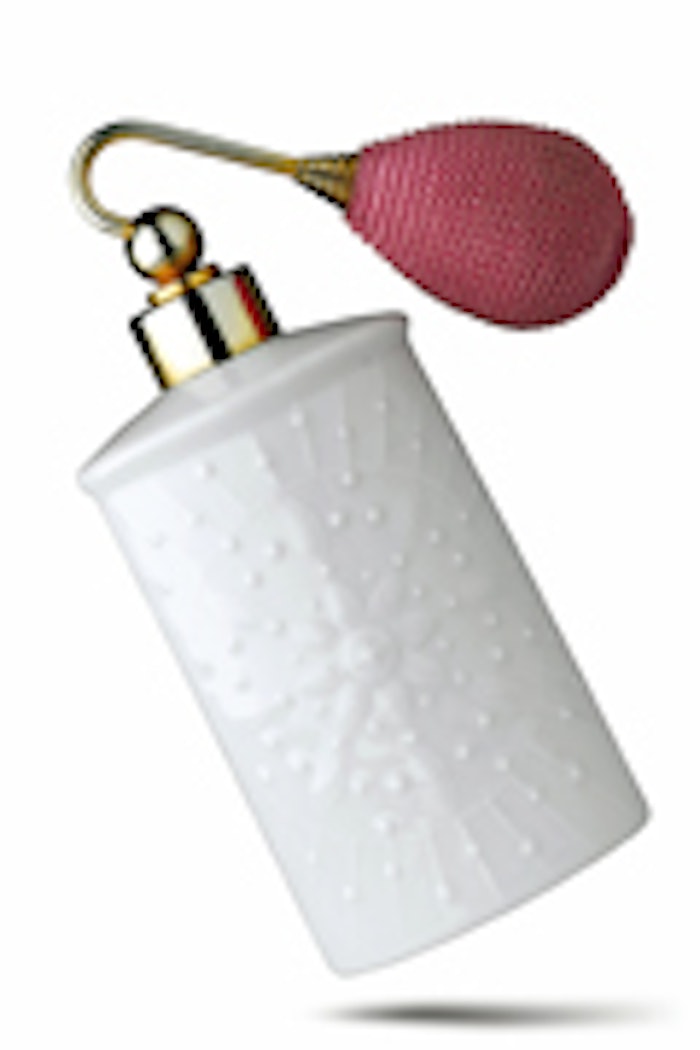 vintage perfume bottle
Women who doll up with too much perfume might not know it because they're depressed.

That's the conclusion of Dr. Yehuda Shoenfeld, a physician and autoimmune disease researcher at Tel Aviv University in Israel who studies "autoantibodies." This class of chemicals launches attacks against the body's cells, often in patients with autoimmune disease such as lupus.

"Our scientific findings suggest that women who are depressed are also losing their sense of smell, and may overcompensate by using more perfume," he said.

Shoenfeld and his colleagues used autoantibodies to cause depression in female mice, and found that the chemicals turned off olfactory gland cells, which are responsible for a sense of smell. The treatment plugged the creatures' smelling abilities—without actually plugging their noses—and caused them to lose weight.

Mice are thought to be good models for how the human body and brain work.

"Loss of weight is one of the first signs of depression in autoimmune disease patients," Shoenfeld told LiveScience. "If you can't smell, you don't eat because you don't enjoy the food. If you don't eat, you lose weight."

But is the link between depression and overly scented women limited to autoimmune disease patients? Shoenfeld doesn't think so.
"Depression operates similarly in people who do and do not have a disease," he said, which might explain why some men slap on too much cologne, too. Whatever the case, Shoenfeld thinks that physicians—including himself—need to focus more on smell in relation to a person's health.

"We are aware of all the senses, but have neglected smell for a long time," he said. "It was only three years ago that two scientists won Nobel prizes for deciphering receptors for smell in humans. We still have a lot of work to do in what I believe is an extremely important area."
Interesting Stories