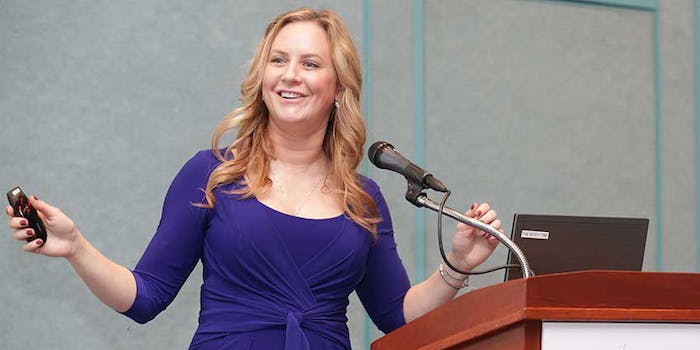 The ever-changing regulatory nature of medical esthetics opens the door to education. Terri Wojak uses her over 20 years of experience as an esthetician and educator in order to give burgeoning estheticians their start with esthetics in a medical atmosphere. Her school, True U Education, provides context for estheticians in order to serve clients with a background of the safety and science of esthetic procedures.

Skin Inc. sat down with Wojak in an exclusive interview to learn her thoughts on rising regulations and how she educates in today's regulatory climate.

Skin Inc. (SI): What relationship to the FDA do you believe estheticians should have?

Terri Wojak (TW): [Estheticians] should really abide by the rules, but there are companies and associations that are working toward making things legal for estheticians, so I think they should look into that. They should look at all their options and join groups on how to get things approved for our profession so that we can do more.

“It is very important for estheticians to know exactly what they can be doing before, during and after medical procedures.”—Terri Wojak

SI: What areas of medical esthetics do you think might be under the lens next?

TW: Under medical esthetics, lasers right now are kind of controversial ... I think that lasers should really have their own certification process—that’s my thought on it, because there is a lot more that goes into it than pressing a button, which a lot of people don’t realize.

[True U does] have a laser course ... concentrating on the physics and safety. If these estheticians go work somewhere, they have to get trained on that particular laser. [After the course] they have the knowledge of the physics and safety behind them so they can understand what type of laser they’re using, why they're using the energy they're using, why they're using a certain pulse. It is very important to get all that down before even considering working with a laser or working with a medical practice that may be doing lasers.

SI: As an educator, how do you cope with various regulations throughout the country?

TW: It's very hard, especially with dermaplaning. I'm allowed to teach it, but I have to have everybody sign a consent saying that you cannot do this treatment unless you're working for a medical professional. And I make sure they understand that ... it's not under their esthetic license.

“Estheticians would be able to do more with their licenses if the undergrad education was stricter.”

SI: Have you heard from former students who work in resort or day spas as an esthetician and cannot do these types of treatments?

TW: I have a lot of students who have gotten jobs at very high-end spas and salons, and they are very happy [but] it is kind of a struggle because estheticians always want to do a little bit more. … They're still really happy that they had the training, the reason being that they have so many clients who come in and are asking about procedures such as microdermabrasion, [botulinum toxin injections], etc.

It is very important for estheticians, whether they are working in a medical setting or not, to know exactly what they can be doing before, during and after medical procedures. The training goes a lot further than just working in a practice, because everybody is getting these [treatments] now.

SI: What is the most concerning thing on your desk as an educator in esthetics right now?

TW: The most concerning things [are] all the regulations—they're getting stricter on estheticians—and the fact that education is not taken seriously enough in undergrad esthetics … the two go hand-in-hand. Estheticians would be able to do more with their licenses if the undergrad education was stricter—that would raise the profession as a whole, because we would have a greater education, a greater professionalism, and then estheticians would be able to perform these treatments, which I think they can do with the proper training.