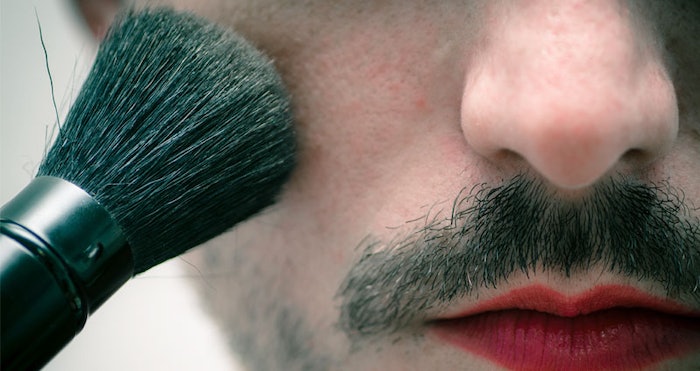 Long before I became a global ambassador for The Harvey Milk Foundation, I have been involved in dealing with persons of diverse lifestyles. With the recent “outing” of transgender Bruce Jenner, more and more potential clients are seeking transitional treatments to refine their face and their body.

However, to recommend what treatments would be necessary, we must define self-identity of the client and how to approach them in the best, most reassuring manner.

To be fair, this was a spin-off from the mainstream when anyone with different sexual orientation had to “blend in and look normal” to survive.

This follows the basic rights of all humans to appear as they feel best anywhere, anytime.

This follows the basic rights of all humans to appear as they feel best anywhere, anytime. For all intents and purposes, these are candidates for permanent hair removal, waxing, skin resurfacing and full-body skin refining treatments. If they appear at your clinic or salon as a female, treat them as such, and with patience and understanding you will have a long-time client.

This could include two years of psychiatric evaluation, estrogen therapy to round and curve the body, and eventually living full-time as a woman before the final conversion surgery. Prior to the surgery, all genital hair must be permanently removed via electrology (still the only permanent hair-removal method) because, contrary to widespread belief, everything is not removed. The exterior epidermis is kept with all its sensory ganglia and becomes the vaginal canal. Scrotal tissue is also part of the exterior female organ and the “penal stump” becomes the clitoris. Any hair remaining would be unsightly and uncomfortable.

Further surgery, such as jaw shaving and submalar implants, could be considered along with breast and buttock enhancement. In this case, the extremities, such as hands and arms, must be treated with noninvasive resurfacing procedures, such as retinoid/AHA combos, pigmentation inhibitors and the new methods that stop melanogenesis at the Golgi apparatus where it begins. Likewise, the patient’s own fat can be reassigned to the backs of the hands, disguising masculine ropey veins, smoothing the hands to a more feminine contour.

Makeup training is vital. Many transsexuals have friends who teach them “drag” makeup in the beginning, which while often glamorous and skilled, will not serve a woman well in daily mainstream lifestyle. Unfortunately, once a transsexual woman achieves actual breasts they somehow feel that they are at last real, therefore they need not wear makeup at all.

A compromise between both mindsets will give you a happier client. The only medication predominate in transsexuals is hormone replacement therapy. In the beginning, there will be semi-cystic type pustules often appearing until body metabolism takes over. Benzoyl peroxide-free acne treatments will be especially valuable here since tretinoin and other acne drugs could interfere with their cortisol levels and their hormone cascade.

Constant care, hand holding through emotional times and keeping the outside of your transsexual and transgender clients will not only increase a valuable client base, but will earn you infinite love and gratitude from people on a very lonely journey.

Constant care, hand holding through emotional times and keeping the outside of your transsexual and transgender clients will not only increase a valuable client base, but will earn you infinite love and gratitude from people on a very lonely journey.

As committed supporters of The Harvey Milk Foundation worldwide, championing the rights of every human being to be exactly who they are, we also provide services that help people along their individual pathways to success and fulfillment.

In our field, the focus is confidence from outside in, based upon the principle that when people are free from skin anomalies that make them want to hide in the shadows, such as acne, scarring or premature aging, they feel empowered to go out and face the world with a fresh, new perception of themselves.

A pioneer in his industry. Danné has seen the depths of depression associated with poorly functioning skin. In fact, his everlasting passion was born from his dissatisfaction with his own acne as a teen. Many times he has shared the story of how his parents would take him to lavish events where he would find a dark corner to hide away in, ashamed of this blemished skin. Not understanding the condition completely, and after failed attempts from top U.S. dermatologists to cure his acne, Danné took things into his own hands and, desperate for a cure, became his own guinea pig. A string of breakthroughs, trials and tribulations, and many travels would follow until he found his first true breakthrough in the 60s involving vitamin C therapy.

That’s all it took to spark what would be decades of developing successful treatments and products that would combine to form the iconic brand that is DMK—sold throughout 30 countries. For 50 years, Danné has lived by his motto: rebuilding skin, rebuilding lives.

Dedicated to his craft, his practicing therapists and his clients, Danné is the founder of the DMK family and is responsible for rebuilding skin and rebuilding lives all over the world.

DMK believes that the origin of most skin conditions is a result of disharmony within the skin. Using the principles of biochemistry, DMK has formulated a range of treatments and products designed to educate skin to perform like youthful, healthy skin. By matching formulations with the body’s chemistry, the skin is encouraged to respond in a positive manner. DMK’s revolutionary concept of REMOVE, REBUILD, PROTECT, MAINTAIN aims to match an individual’s biochemistry with the appropriate skin therapy.

The above paid-for content was produced by and posted on behalf of the Sponsor. Content provided is generated solely by the Sponsor or its affiliates, and it is the Sponsor’s responsi­bility for the accuracy, completeness and validity of all information included. Skin Inc. takes steps to ensure that you will not confuse sponsored content with content produced by Skin Inc. and governed by its editorial policy. 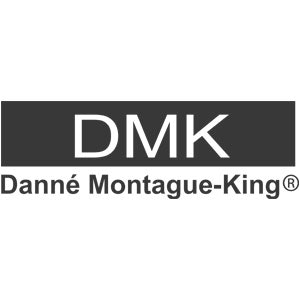