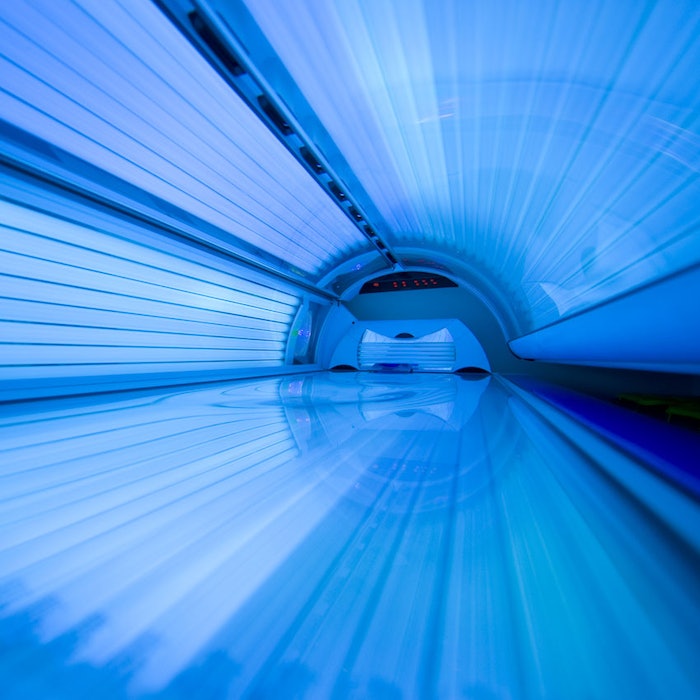 This article is adapted from a story that originally appeared on www.​sci­encedaily.​com, April 20, 2015.

Research from Rutgers Cancer Institute of New Jersey and Rutgers School of Public Health shows more than a third of New Jersey high school students who engage in indoor tanning do so frequently and many would find it hard to stop the practice.

The research letter, Frequent Indoor Tanning among New Jersey High School Students, which appears in the latest edition of the Journal of the American Academy of Dermatology, also found that frequent indoor tanners were more likely to smoke and to engage in social media activities related to indoor tanning.

According to the Centers for Disease Control and Prevention, indoor tanning is particularly dangerous for those who begin indoor tanning in adolescence or early adulthood, as it puts them at a higher risk of developing melanoma, the deadliest of all skin cancers.

In 2013, commercial indoor tanning was banned in New Jersey for those under 17 years of age. Investigators say the results of this current study will provide a necessary basis for assessing the impact of this ban on tanning rates among New Jersey minors.

Data for the study were drawn from the 2012 New Jersey Youth Tobacco Survey, which was completed by 1,850 public school students in grades nine through 12 in New Jersey. While primarily focusing on tobacco-related issues, the survey also included several questions related to indoor tanning.

Along with providing demographic information pertaining to sex, age and race/ethnicity, survey participants reported whether they were:

Those who indicated indoor tanning use in the past year also specified whether they had done so:

Of the 1,754 students who answered the question about indoor tanning use:

Elliot J. Coups, PhD, behavioral scientist at the Cancer Institute of New Jersey and associate professor of medicine at Rutgers Robert Wood Johnson Medical School, is the lead author. “Even though a commercial tanning bed ban is now in place for many high-schoolers in New Jersey, we have learned from the experiences of other states that this does not entirely eliminate indoor tanning among youth. Thus, there is still a need to develop and implement interventions for this population—and for youth across the U.S.—to reduce the likelihood that they will engage in indoor tanning,” noted Dr. Coups.

“Given more than half of frequent tanners are using social media related to indoor tanning, this might serve as a viable mechanism to deliver messaging about the risks of this activity. The higher rate of smoking among frequent tanners also suggests these users may benefit from interventions that address multiple behavioral risk factors.”

Is SPF in moisturizer enough? How often should sunscreen be reapplied? Licensed medical aesthetician, Natalia Sadowski, answers those question and more.
Jul 1st, 2021

Check out what the top sun care myths we're busting so that you can keep your clients safe and protected from the sun.
Feb 17th, 2020