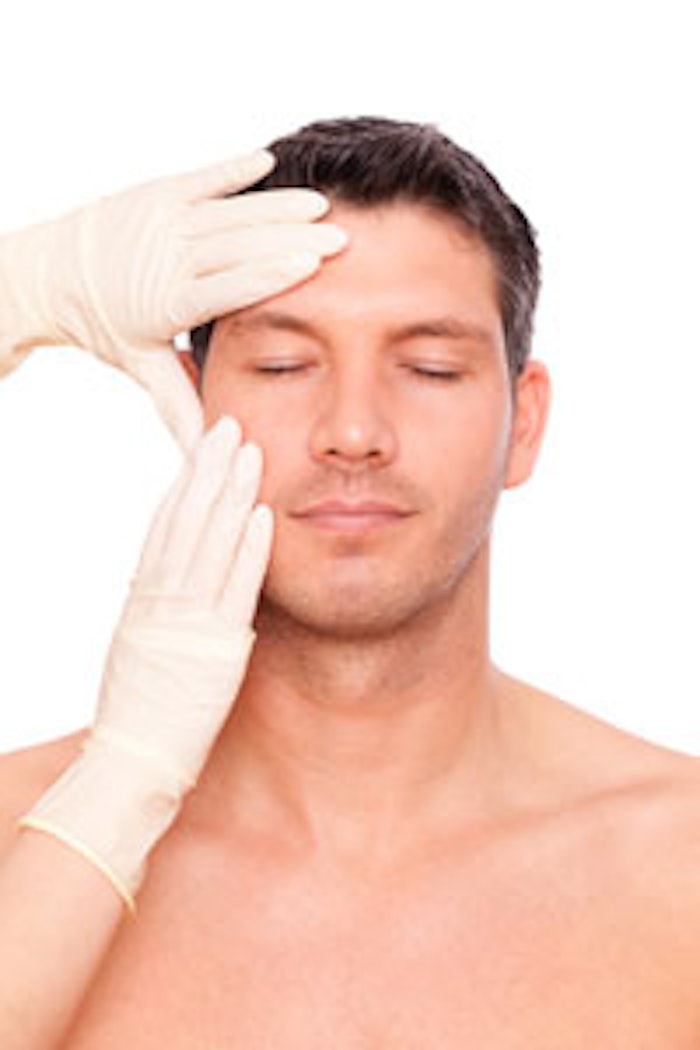 The number of men undergoing cosmetic procedures has increased in the past decade, according to Whitney Bowe, MD, FAAD, Assistant Medical Director for Cosmetic and Laser Services at Advanced Dermatology P. C. in Westchester and lead author of a new study published in the medical journal, Cosmetic Dermatology.

"My male patients are much more open and proactive about their appearance-related concerns." says Bowe. "Male patients who have tried Botox look better, feel better, and believe it gives them a competitive edge both socially and in the workplace. There's also less of a stigma associated with cosmetic procedures nowadays."

The number of Botox injections in men in the U.S. increased 258% between 2000 and 2010, according a 2012 report by the American Society of Plastic Surgeons. In fact, Botox is the most popular cosmetic treatment in men, with more than 336,000 men per year receiving the injection, which relaxes muscles and reduces the appearance of lines and wrinkles.

What accounts for this huge shift? "One reason for the surge is that men feel increasingly pressured to maintain a more attractive and youthful look in a highly competitive job market," says Bowe. The new study points out that a youthful appearance enables both men and women to generate more revenue than their less attractive, older looking peers - a valued commodity in a shrunken economy.

Men are coming to accept the reality that looking younger and physically attractive imparts noticeable social and economic advantages, including a higher salary, explains Bowe. "Men worry about their appearance more than they used to, partly because the better you look, the more money you make," she says. "And if you are out of work, it can give you an edge in finding a new job."

In the study, researchers analyzed cosmetic treatment techniques and appropriate doses of the most commonly used neurotoxins, Botox, Dysport and Xeomin. While most studies have been conducted on female patients, a consensus is emerging regarding how to approach treatment of male cosmetic patients.

In addition to crow's feet, two common treatment areas in men include the forehead and glabellar wrinkles (commonly known as frown lines). Both areas require higher doses in men, with particular attention paid to the pattern of injection because they prefer a heavier, flatter and less arched brown than women (perceived as masculine traits), according to the new study. Treating the glabella and forehead can greatly affect brow shape, according to Bowe.