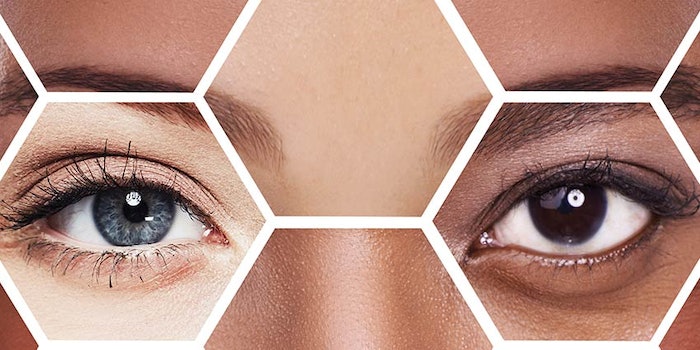 The science of chirality is an ever-evolving process, much like the spa industry.
SI2212_Chirality_Esau_FCX

Have you ever heard the term “chirally-correct?” Over 150 years ago, Louis Pasteur discovered that most organic molecules have two parts: a “left-handed” part and a “right-handed” part. They are mirror images of each other, but one side always has imperfections. These types of molecular structures are called “chiral,” from the ancient Greek word for hand. In chemistry, chiral technology refers to a mirror image phenomenon that can often be found in nature (i.e. the hands, feet or eyes). They are identically opposite with imperfections, or mirrored images of each other.

The Chirally-corrected process to an ingredient is essentially removing the imperfect side of the molecular structure. Much of biology is predicated on the fact that amino acids such as malic, lactic, mandelic, ascorbic and arginine are “left-handed” using the (L) isomers. Sugar molecules, which make up many of the skin strengtheners, protectors and hydrators, such as tocopherol (vitamin E), beta glucosamine and fructan, are “right-handed” using the (D) isomers.

For these ingredients to be effective, they must be isolated and purified to work with the appropriate isomers in our skin, rather than inundate it with both forms, which can lead to unwanted side effects or little-to-no results. Also, when using both forms, the more “perfect” side of the molecule compensates for the “imperfect” side. This takes away from the performance and properties of the ingredient. With the absence of the mirrored side, the molecule is more readily absorbed, stable and provides the natural essence of the ingredient. Since our skin is considered chiral, chirally-corrected ingredients pair perfectly with skin cells and sync together to deliver the molecule’s full benefits with the most effective results.

There are other isomers, indicated with an (S) for “Sinister,” which is left-handed and (R) for “Rectus,” which is right-handed. These isomers are organic molecules that have a chiral center. However, it’s important to note that not all ingredients can be chirally-corrected. You might also notice some chiral isomer designations have the term “alpha” or “beta” attached with a hyphen. This simply refers to the positioning of an atom (i.e. alpha for first and beta for second).

The Science of Chiral Ingredients

There was a study done many years ago testing vitamin E in its various forms. With natural antioxidant and healing properties, it is a great example of the power of chirality.

Vitamin E, in its natural form, is also known as Tocopherol. In its chirally-corrected form, it’s known as Tocopherol (D-Alpha). In its synthetic form, it is known as DL Acetate Tocopherol. In this study, the chirally-corrected form showed 100% more effectiveness, increasing antioxidant and healing properties significantly. However, in direct opposition, the study also showed that the synthetic form for vitamin E actually created free radicals and had a negative impact on the skin and the body. The bottom line is that spa professionals need to beware of some synthetic forms in ingredients and supplements. Look for (L), (D), (S) or (R) after the ingredient name to determine if it is chirally corrected.

Read more about the chirality in skin care in our Digital Magazine...

Shannon Esauis the CEO and national educator at Rhonda Allison Cosmeceuticals. She brings more than 20 years experience in the esthetic industry. Esau owned skin care salons in the Dallas/Ft. Worth area, has studied chemistry in skin care formulations and has been mentored by Rhonda Allison for decades. www.RhondaAllison.com and www.REDmethod.com