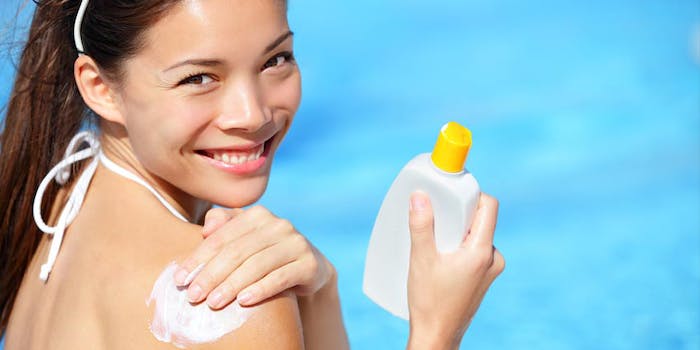 The stats are in, and unfortunately, we're still a way from people understanding the importance of sunscreen use.

The Melanoma Foundation of New England (MFNE), a non-profit aimed at reducing the incidence of melanoma, recently conducted an independent national survey of 1,016 adults inquiring about the frequency of sunscreen application by season, sunscreen preference and opinions about free public sunscreen.

The poll was conducted to establish a deeper understanding of where education and awareness programs are most needed and to better inform the non-profit of public desire for and opinions about its Practice Safe Skin free public sunscreen dispenser program.

Sunscreen: Not Just a Seasonal Necessity

The results were in some ways anticipated with 86% of participants using sunscreen “always” or “sometimes” in the summer months, but also surprising, finding:

Between summer and fall there was a drastic change in sunscreen use with participants reporting application rates of 39% “always” in summer and 41% “never” in fall, showing a misperception about the need for sun protection beyond June, July and August. This result is of particular significance as the City of New York recently launched a fall pilot program offering free public sunscreen on Randall’s Island.

Between summer and fall there was a drastic change in sunscreen use with participants reporting application rates of 39% “always” in summer and 41% “never” in fall.

In Southern states, where they receive as many as 246 days of sun each year, only 35% of respondents said they use sunscreen “always” in the summer months, dropping to just 14% in winter months.

The response from African Americans was of particular concern because a July 2016 study in the Journal of the American Academy of Dermatology showed it is more deadly in people of color. African American patients were most likely to be diagnosed with melanoma in its later stages than any other group in the study, and they also had the worst prognosis and the lowest overall survival rate.

32% of African American respondents chose “never” to using sunscreen in summer and 67% “never” in the winter.

In response to why they would not use free public sunscreen, 9 African American respondents cited a lack of need specifically because of their race as a reason. African Americans accounted for 36% of those who said they don’t need sunscreen.

Other notable findings include:

“This survey revealed a lot about Americans as it relates to the high rate of melanoma in this country. For MFNE, it is a call to action, showing where our education and awareness programs can be most effective and demonstrating the desire for free public sunscreen throughout the country,” said Deb Girard, executive director of MFNE.