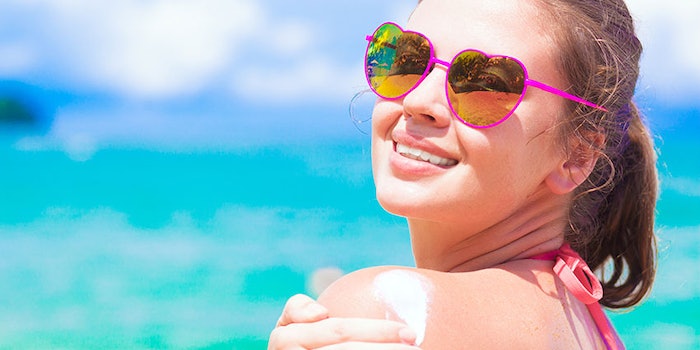 Sunscreen is considered essential to skin health—it protects against harmful UV rays that can cause damage, cancer and premature aging. But a recent study in The Journal of American Osteopathic Association notes that vitamin D levels—produced when skin is exposed to sunlight—may be getting the raw end of the deal, and that sunscreen use may be a source of widespread vitamin D deficiencies.

Skin synthesizes vitamin D through solar UVB radiation, the factor sunscreen is designed to protect against. This nutrient helps the body absorb calcium, supporting bone health, and fight infection through the immune system, along with aiding muscle and nerve function. A deficiency of this nutrient occurs when one has a serum 25(OH)D concentration below 20 ng/mL (according to the Endocrine Society), as is the case for nearly one billion people worldwide.

“People are spending less time outside and when they do go out, they’re typically wearing sunscreen, which essentially nullifies the body’s ability to produce vitamin D. While we want people to protect themselves against skin cancer, there are healthy, moderate levels of unprotected sun exposure that can be very helpful in boosting vitamin D,” said Kim Pfotenhauer, D.O., a researcher on the study.

"Apprehension about vitamin D status should not be a reason to withhold sunscreen application during extended periods of exposure to strong sunlight." —Brian Diffey, Ph.D., D.Sc.

Others in the industry disagree—esteemed sunscreen expert Brian Diffey, Ph.D., D.Sc., notes while some studies have found that a sunscreen application of 2 mg/cm2 resulted in compromised vitamin D production after UV exposure, this only occurs in a laboratory setting. The average person typically applies less than this quantity of sunscreen and does not apply it in a uniform fashion or reapply later in the day.

“It is pure speculation that sunscreen use will lead to widespread vitamin D deficiency and [the authors] present no evidence to support this assertion,” said Diffey.

Diffey also points out that most individuals only apply sunscreen during planned recreational activities, while vitamin D is synthesized in skin every day, regardless of what one is doing in the sun.

“Most people living in temperate climates will not bother applying sunscreen during their adventitious exposure, such as popping out at lunchtime during the work week,” said Diffey. “So apprehension about vitamin D status should not be a reason to withhold sunscreen application during extended periods of exposure to strong sunlight.”

Pfotenhauer noted that the study is not calling for extended sun exposure without protection, and that “a simple walk with arms and legs exposed is enough for most people.”

Skin care products formulated with UV filters may pose some concern, though, since they protect users against the sun during spontaneous outings. However, Diffey states, there is not sufficient information to support the claim that sunscreen causes vitamin D deficiencies.

The study suggests alternative sources of vitamin D, such as supplements, milk, breakfast cereals and other foods fortified with vitamin D as options to balance out deficiencies, although exposure to sunlight is the most efficient method.