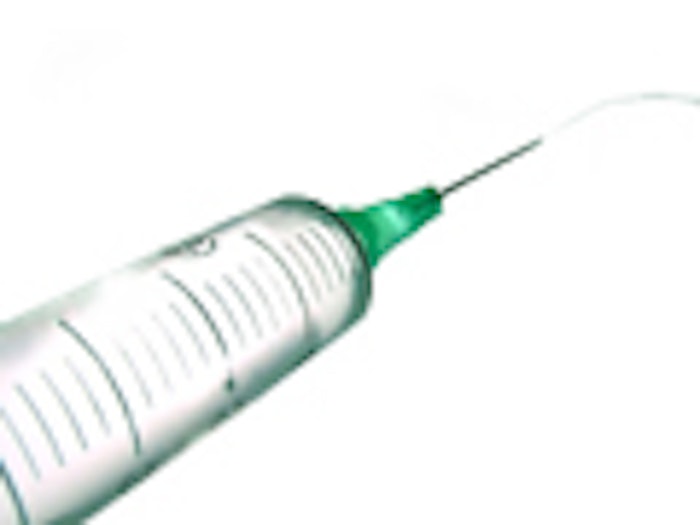 More and more people in Japan are getting vitamin injections through intravenous drips as this latest health and beauty craze grows.

In trendy neighborhoods of Tokyo, customers are lining up for vitamin injections that promise to improve health and beauty. These intravenous vitamin "drips" are part of the latest quick-fix, health fad catching on in Japan: the IV cafe.

Each drip pack contains saline solution and specific vitamins and minerals to target a particular health ailment or beauty concern. "I used to take vitamin supplements, but changed to the IV drip because I feel the effects more quickly," a 20-something woman at the Tenteki 10 Café told CNN. She said she receives specific injections to get better skin, burn fat and boost her energy.

There are 10 different varieties to choose from at Tenteki. The "orange" variety touts anti-aging properties, loaded with antioxidants. The "placenta pack" is said to help rejuvenate and ease muscle stiffness.

Prices range from $20–30 per injection, and nurses see about 30–40 people each day. Their most common patients are Japanese businessmen who work in the same office building. "I see a lot of businessmen who say they don't have time to sleep. They can't take a break from working and get the vitamin drip for an extra kick of energy," a Tenteki nurse told CNN. "Blue" is the most requested vitamin pack among these men: a concoction of B1 and vitamin E that claims to offer relief from exhaustion.

Registered nurses and doctors administer the drips at Tenteki, but there's no conclusive medical evidence to back up the health claims. Many nutritionists actually caution against using injectable vitamin supplements because the quantities are not regulated. "More is not necessarily better ... some vitamins and minerals can be toxic in high doses," particularly the fat-soluble ones which the body stores like Vitamins A, D, E and K, explained Claire Williamson, nutrition scientist at the British Nutrition Foundation.

In Europe and the United States, vitamin shots are popular among celebrities with hectic lifestyles and little time to sleep, particularly vitamin B12. Former Spice Girl Geri Halliwell and singer Robbie Williams have both confirmed they've used the shots as part of their diets to maintain stamina during tours.

Dermatological injections of vitamin C are also popular among women hoping to keep their skin looking young. Former supermodel Cindy Crawford has admitted using such injections to keep her skin firm and wrinkle-free.

According to Williamson, it does not matter if supplements are injected into the vein or into the skin. "At the end of the day, it will go into the bloodstream," she said. "Most of these nutrients we can get sufficiently from foods, and nutrients tend to be better absorbed by the body if they are consumed in foods."