A special analysis of hotel spa department operating statements conducted by PKF Hospitality Research (PKF-HR) finds that a 9.7% increase in hotel spa revenues resulted in an 11.3% gain in spa department profits in 2006. Driving the increase in revenues was a 9.6% increase in the sale of such popular spa services as massages, body scrubs/wraps, and facials. Also contributing were gains in revenue generated from local membership fees, fitness lessons and personal training, and the sale of merchandise and clothing.

These observations come from the recently released inaugural edition of Trends in the Hotel Spa Industry published by PKF Hospitality Research, an affiliate of PKF Consulting (PKF-C). The report is believed to be one of the most comprehensive analyses of hotel spa department financial performance in the industry.

“Over the past decade, hotels across the nation have added spa operations to meet escalating consumer expectations and to increase revenues and profits,” said Mark Woodworth, president of Atlanta-based PKF-HR. “A growing number of people are leading healthier lifestyles and demanding spa services when they travel. Further, by offering and promoting spas to their guests, hotels have generated increased interest in pampering and luxurious spa experiences.

“Hotel spas are now seemingly ubiquitous and have reached a level that warrants a serious study of this industry,” Woodworth said. “As spas become even more prevalent, the need for effective management of these facilities is imperative. PKF Hospitality Research and PKF Consulting have a 71-year legacy of providing the hospitality industry with valuable information that allows hotel owners, operators, and other interested parties to benchmark the performance of their operations to industry-wide measures. This report builds on that legacy."

From a total sample of 147 operating statements for hotels with spa operations, PKF-HR analyzed the financial performance of 46 resort spas and 17 urban hotel spas that reported extensive revenue, expense, and profit data for both 2005 and 2006. The Trends in the Hotel Spa Industry report presents year-to-year changes in spa department financial performance sorted by location, as well as revenue categories. Under the guidance of Bruce Baltin, a Los Angeles-based senior vice president of PKF-C, the interpretation of the data and development of the editorial content was conducted by representatives of Health Fitness Dynamics, Miraval, and Cornell University, as well as analysts from PKF Consulting.

“When evaluating spa revenues, it is important to analyze sales based on a dollar-per-square-foot, or dollar-per-revenue-station basis,” Baltin noted. “These metrics help an owner evaluate the potential return on investment when adding a spa operation.” In 2006, hotel spa revenues averaged $130.62 per square foot, or $115,823 per revenue station. Revenue stations consist of treatment rooms and salon stations.

Treatments such as massages, body wraps, and facials are the largest sources of revenue for hotel spas. Together, they comprised 73% of the revenue generated by hotel spa departments in 2006. “While spas offer a wide range of services, massages remain the top revenue generator for several reasons,” Baltin noted. “First, most consumers are unaware of or may be intimidated by more exotic spa treatments and, therefore, tend to gravitate towards the norm. Second, nothing beats a massage when you are seeking a relaxing and indulgent experience. Finally, as more men are taking advantage of spa services, they tend to be drawn to massages as their treatment of choice.”

Clothing and merchandise sales exhibited the greatest gains of all revenue sources during the year at 20.4% and represent 6.6% of total departmental revenue. “As more hotels’ guests are becoming educated spa consumers, they are incorporating elements of the spa experience into their everyday life by purchasing items that can enhance the home spa experience, such as candles, clothing, music and literature. Thus, spa boutiques have become an integral component of the spa business model as they provide products that relate specifically to individual treatments and thus, contribute positively to the bottom line,” Baltin observed.

In an effort to provide truly hands-on, personal levels of service, hotel spa departments are labor intensive operations. Taken together, salaries, wages, and benefits account for 73.6% of all spa department operating expenses. “It is apparent that, like the hotel industry, increasing labor costs are a key operating variable in the spa industry. As treatment prices continue to rise, the spa therapist’s percentage of revenue closely follows. Further, the difficulty of efficient therapist scheduling also results in higher labor costs,” Baltin noted.

Other major operating costs include contract services (5.3% of total expenses), cost of merchandise and clothing sold (4.8% ), professional products and supplies (4.8% ), and operating supplies (3.6% ).

Spa profits
“As the spa industry continues its evolution and revenues increase, U.S. hotels are enjoying more profits from their spa operations,” Baltin said. “From 2005 to 2006, hotel spa department profits increased 11.3%. This is greater than the 9.9% average growth in profits for all operated departments during the same period.”

“With a stronger focus on staffing and a better understanding of the local community, both urban and resort spas have an incredible opportunity to increase their profit margins,” Baltin concluded. “A properly operated and marketed spa facility can enhance the overall hotel’s performance in terms of rate potential, occupancy, and guest demand diversity.”

To purchase a copy of the 2007 Trends in the Hotel Spa Industry report in PDF format, please visit the firm’s online store at http://www.pkfc.com/store/, or call 866-842-8754. The 36-page report contains several data tables that allow hotel operators to benchmark the financial performance of their spa departments. 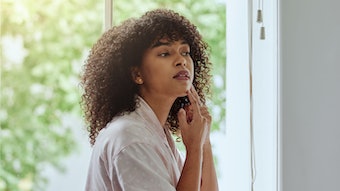