Trending: The Boom in Male Grooming 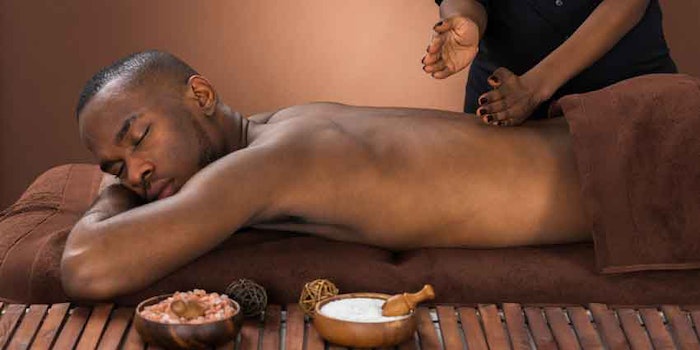 As wellness continues to grow and rise as a main priority in many consumers lives, a lot of men have turned toward spa and grooming services for their own self-care needs. The men's grooming market is predicted to experience a 2.2% growth for 2022, according to data from Eurmonitor International. Champneys Health Spa dove further into this to find that their own data revealed that almost a quarter (22%) of male Brits want to start taking better care of their well-being.

Champneys found that gen Z (42%) and millennials (47%) are the generations that are embracing wellness the most, with gen Z and millennial men being most likely to regularly visit a spa. Roughly 40% of gen Z men said they would love to be gifted a spa day, and 54% said they wanted to start taking better care of their wellness in ways like prioritizing their skin care, massages, pampering and nutrition.

Each generation of men revealed that they had a different preferences for self-care and wellness treatments:

Despite all of this growth in the industry, there are still misconceptions lingering around the idea of men going to the spa. When men in the UK were asked they shared that they can be put off by a spa if it is too "feminine," and many seek more "male-specific treatments."

Others shared that their hesitation comes from who they visit the spa with. Research showed that 34% of men would feel embarrassed to visit a spa with another man, and 21% would go to the spa if they were going with a woman. However, there is still 13% of men who shared that they would happily go to a stag spa day.

With all of the growing enthusiasm and understanding in wellness it is no wonder that men, especially in the younger generation, are seeking out ways that they can pamper and take better care of themselves and their well-being.