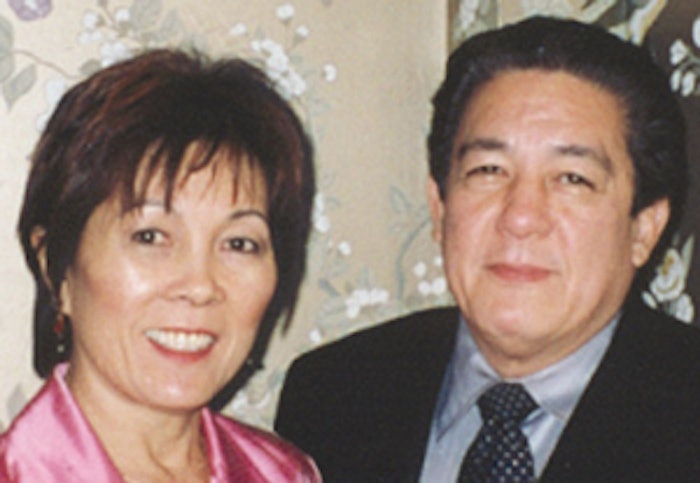 Joined by his wife Pat, a skin care specialist, four years later, the Lams grew the business to the founding of The Lam School of Advanced Esthetics, the first CIDESCO-accredited esthetic school in North America, where he served as principal, and also started the industry supply company Skin Care Consultants.

During the next 30 years, the company rose from its clinical origins to a prominent leadership role in the industry under Lam’s guidance. The company now includes the Lams’ daughter, Lara, and a host of other employees.

"The first time I met Hubert Lam was at the Face & Body Spa & Healthy Aging Conference and Expo. He shook my hand, sat me down, and proceeded to take a skin tag off my neck! And I had just met the man," said Bonnie Hunt, account executive with Skin Inc. magazine. "He was warm, charming, intelligent, funny and great to work with. He will be missed."

Helping to innovate and develop what are now considered industry standards, Lam had a hand in launching successful equipment technology, educational materials and skin care products. He also gave back to the industry, offering his expertise as a highly sought-after speaker by lecturing at conferences and industry events both nationally and internationally.

“I have always been touched by Hubert Lam's enthusiasm, dedication and drive to this industry,” said Melinda Taschetta-Millane, editor in chief of Skin Inc. magazine. “And in this very family-oriented industry, the legacy that Hubert built alongside Pat was truly admirable. His contributions to the professional skin care industry are immeasurable, and his presence will be greatly missed.”

Annette Delagrange, publisher of Skin Inc. magazine, also recalls his indelible presence, saying “The twinkle in his eye will be a permanent remembrance.  It reflected his zest for life, his passion for the industry and his love for his family.”

Lam served as the president of the Canadian Society of Professional Skin Care Specialists, the president of CIDESCO Canada, and was on the founding regulatory panel on acupuncture for the College of Physicians & Surgeons of Ontario. He also was a past president of the former Acupuncture Association of Ontario, completed advanced studies in the field of esthetics in England, France and Germany, and was honored as an “Outstanding Educator” by the Esthetics 2000 Congress.

“It has been an honor to get to know Hubert so well over the years, and he will be greatly missed by me and so many others whom he touched. He has made a true impression in this industry,” said Taschetta-Millane.

The Lam family requests that, in lieu of flowers, donations can be made to the Heart and Stroke Foundation of Canada.