THEN & NOW: The Original Face & Body 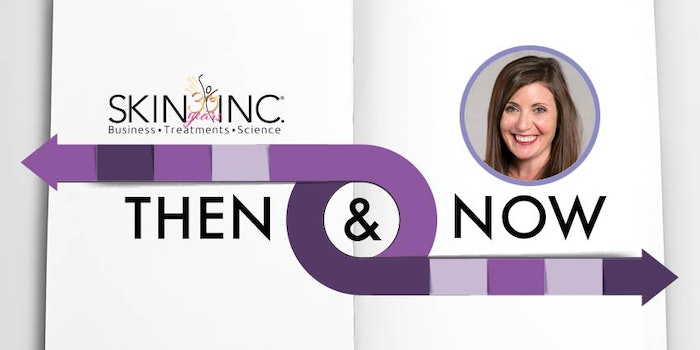 The spa industry has come a long way since Skin Inc. was launched in 1988, and as we looked back, it became apparent that there was nowhere better to see these industry changes than in our Face & Body events.

If you’ve attended a Face & Body Spa Expo & Conference in our Midwest, Northern California or Southeast locations, you are accustomed to a booming tradeshow, live show floor entertainment and a plethora of education to choose from. The show, however, had humble beginnings, just like the spa industry in the early nineties. As the industry was getting its engines running and technologies advanced, Skin Inc. and Face & Body were figuring out what a spa tradeshow looked like and what type of education the spa professional needed most.

The first Face & Body Spa Expo & Conference (then Seminar and Exhibition) debuted on June 6, 1992 in Philadelphia, and it was drastically different than what we see at Face & Body today. Janet Ludwig, president of Skin Inc.’s parent company Allured Business Media, ran operations back then, and she reflects upon the first show fondly. “It was a pretty good show. It was small because it was our first one.” One thing that stood out from the very beginning, according to Ludwig, was the education.

“From day one, the education produced at Face & Body was by far what we have been known for,” explained Ludwig. Since Skin Inc. was founded on the two pillars of business and skin science, it was important for Face & Body to offer that education at the show, especially since those classes were not offered in esthetic school.

Before the two days of exhibition, the first Face & Body Body opened with a preliminary program on aging skin. Presenting at that time were the late Charles Fox on ingredient science and Peter Pugliese, M.D., on the physiology of skin. Of course, we know that Dr. Pugliese then went on to start his own line, Circadia by Dr. Pugliese in 2002, which is now ran by his grandson Michael Pugliese.

You’ll notice that the original educational program from 1992 is not as robust as it is today. For starters, the Advanced Education Conference didn’t exist yet. Rather, we started out with just a few classes on business and treatment topics, one by Marion Simms, who not only still runs her own spa in California but also sits on Skin Inc.’s Advisory Board.

Also, product focused education did not exist at that time, and supplier classes taught by industry leaders at exhibiting companies were added a few years later.

You’ll notice that in 1992, Skin Inc. had a Diploma Program, where readers were quizzed in each issue about the article’s contents, and the Skin Inc. staff graded those quizzes to issue class credits. The accumulation of six credits resulted in a Skin Inc. Diploma, which were presented at the first Face & Body. “It allowed readers to be engaged with the articles, so they learned from them. If they got 80% or higher, they would get a credit. There wasn’t much in esthetic education at the time, so this gave us a way to offer that,” explained Ludwig.

One change you might notice in looking at the program for the first Face & Body is that the tradeshow floor has grown exponentially. The initial show has about 50 exhibiting companies, whereas today we have nearly 200 on the Face & Body Northern California tradeshow floor.

When looking at the list, you may see some companies you recognize, while others seem unfamiliar. As with many industries, the past few decades of the spa industry have posed challenges that have pushed companies to their limits, and some were not able to recover.

So many things have changed with our Face & Body shows over the last few decades. We switched locations, expanded with new show launches and offered [GASP] online registration. One thing, however, remains constant—we are as dedicated to quality spa education today as we were in 1992. To learn more about Face & Body, visit www.FaceandBody.com.

Katie Anderson is the senior managing editor of Skin Inc. and the conference director for the Face & Body spa conference and expo. She has been a beauty editor for 13 years and is an avid follower of cosmetic ingredient science and formulation technology. kanderson@allured.com

F&B Then and Now

Comparing how Face & Body has changed since the very first show.