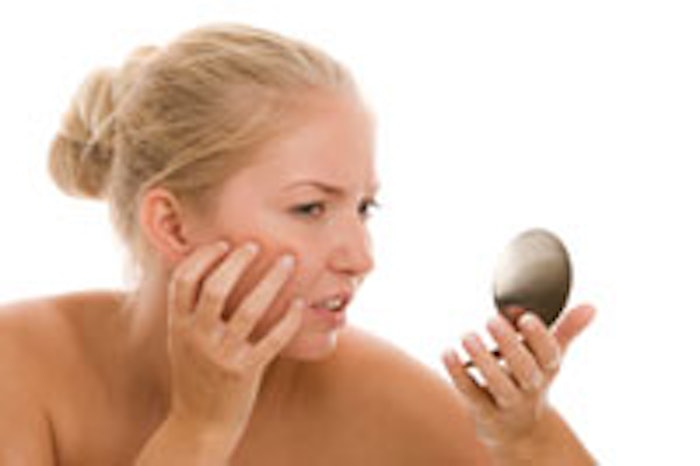 The emotional impact of rosacea is often substantial regardless of subtype or severity, according to results of a new survey of 1,675 rosacea patients conducted by the National Rosacea Society.

Among survey respondents who suffer from the facial redness of subtype 1 (erythematotelangiectatic) rosacea alone, the most common sign of rosacea, 82% said the condition had a negative impact on their general outlook on life, and that figure rose to 90% for those who considered their symptoms moderate to severe. For those who reported having the bumps and pimples of subtype 2 (papulopustular) rosacea alone, 90% reported their condition had a negative impact on their outlook, and for those with moderate to severe symptoms it was 91%.

“Even the most common signs of rosacea can lead to negative emotions such as embarrassment and anxiety,” said Richard Fried, MD, a dermatologist and psychologist in Yardley, Pennyslvania. “Fortunately today, medical therapy is available for the first time to treat the redness as well as the inflammation associated with rosacea, which should go a long way toward easing the emotional impact of the disorder for a far greater number of people.”

While few survey respondents had the skin thickening of subtype 3 (rhinophyma) or the eye irritation of subtype 4 (ocular) rosacea alone, 88% of those with subtype 3 and 86% of those who had subtype 4 in addition to other subtypes reported that rosacea had a negative impact on their outlook on life.

Of the total patients surveyed, 90% said that rosacea’s effect on their personal appearance had lowered their self-esteem and self-confidence, and 88% said they had suffered embarrassment. They also reported a wide range of other negative feelings, including frustration, cited by 76%; anxiety and helplessness, each noted by 54%; depression, 43%; anger, 34%; and isolation, 32%. Fifty-two percent of the respondents said they had avoided face-to-face contact because of the disorder.

Rosacea often begins as a flushing or redness on the cheeks, nose, chin or forehead that may come and go. Over time, the redness tends to become ruddier and more persistent, and small blood vessels may appear. Without treatment, bumps and pimples often develop, and in severe cases the nose may become swollen from excess tissue. Burning and stinging are common, and in many patients, the eyes are also affected, feeling irritated and appearing watery or bloodshot.

Overall, rosacea’s emotional impact on patients appears to increase as symptoms progress. While 68% of those who classified their rosacea as mild reported a negative impact on their general outlook on life, the adverse impact rose to 87% for those with moderate symptoms and 95% among those whose symptoms were severe.

“It’s understandable that the more prominent signs of rosacea would lead to greater emotional distress,” Fried said. “Patients should be frank with their doctor about any negative feelings they are experiencing so that he or she can tailor the most appropriate course of therapy for their personal needs.”

The good news is that 68% of the survey respondents said effective medical therapy had improved their emotional well-being, and this is now expected to further improve with the availability of treatment for facial redness.