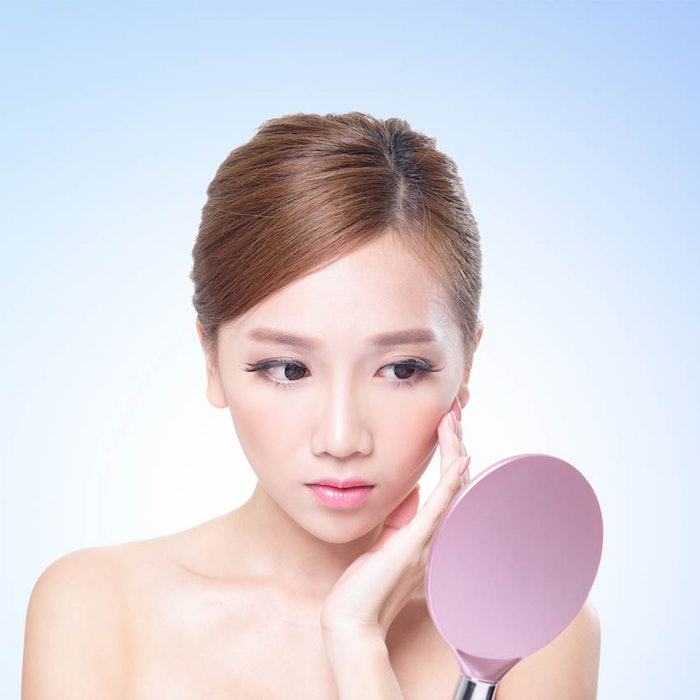 Men and women of Asian descent commonly experience certain skin conditions due to their skin's adaptation to the climate and the pigment composition of their skin, according to a blog posting by the Dermatology Associates of Central Texas. Therefore, their skin tends to be oilier than Caucasian skin, and they are also known to have hyperpigmentation and hypopigmentation depending on their skin's melanin content. It is important for the esthetician to understand these skin differences to effectively treat them.

With a naturally higher hydration level in Asian skin, Asians show spots of hyperpigmentation, freckles and general unevenness of skin tone with age rather than wrinkles. Common skin disorders affecting many South Asians involving too much pigment include melasma and postinflammatory pigmentation.

Melasma involves tan or brown patches mostly over the face. Sun exposure and skin irritation can worsen melasma, and this condition is often seen in pregnancy.

Postinflammatory hyperpigmentation (PIH) results in small dark spots or large patches after inflammation or a skin injury, such as a bruise, cut, burn or scratch. Any type of rash or even acne can also lead to this disorder. Unlike melasma, PIH heals quicker and can appear anywhere on the body.

Vitiligo is a condition in which the immune system attacks skin pigment cells, resulting in smooth white patches that can occur on the skin and mucous membranes, such as lips or genitals. While vitiligo is common across all races, it is most superior in South Asians because of the contrast of light patches on darker skin.

This skin condition can also be associated with other medical conditions involving the immune system, such as diabetes, thyroid disease, Addison’s disease and pernicious anemia.

Aside from vitiligo, tinea versicolor and pityriasis alba can result in hypopigmentation. Additionally, similar to hyperpigmentation, inflammation or injury to the skin can cause hypopigmentation as well.

Due to Asian countries having a generally warm climate, Asian skin naturally produces more oil, which leaves individuals of Asian descent more susceptible to acne outbreaks as opposed to Caucasians.

In most cases, acne outbreaks for Asians will be in the form of keloids or hardened bumps and reddening, which can lead to permanent scarring if they are not treated quickly and thoroughly.