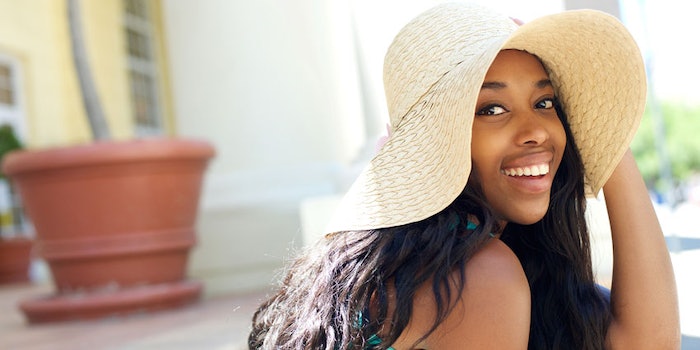 Full transparency: I’m a fair-skinned, red haired, blue-eyed human being. I wear a one-piece snowsuit in the summertime to avoid sunburns (that part is a joke—kind of…) One of the first things people say when they meet me is, “boy, you must burn easy.” That’s no lie. It’s an odd first line of conversation, but it’s inevitable. People associate pale-skinned folks as ones who turn the color of a lobster when the sun takes its toll on their unprotected skin (but let’s hope it stays protected, eh?).

While us fair-skinned humans do need to be absolutely sure we’re doing everything we can to prevent the health compromises UV exposure can cause us, we’re not the only ones subjected to the hurt that can be and is caused by soaking up the sun’s rays.

While darker skinned people benefit from the expanded natural production of melanin, and, in some studies, have properties in their skin equal to protective attributes of what amounts to SPF 13, this does not in any way align with the belief that darker tones equal immunity to skin cancers. It’s startling to note that in a study conducted by the Skin Cancer Foundation, 63% of African-American participants admitted to the notion that they never used sunscreen.

African-Americans and people of color are very much in the same line to potentially develop a skin cancer as those of us with fair skin. Sure, the chances are not as high, but any chance is a chance of ill effect and grave consequence. Nobody wants that.

The CDC (Centers for Disease Control and Prevention) published a study back in 2014 that included approximately 97% of the United States populace, which outlined skin cancer rates by race and ethnicity. In the study, it’s evident that there is a fairly large gap between the incidence of melanoma diagnoses within a 15-year span (1999–2014) amongst Caucasians, and other ethnicities. In that 15 year span there were anywhere from 21–30 cases of melanoma per 100,000 Caucasians, while American Indian/Alaska Natives were five to eight cases, Hispanics were at a constant five cases, and those of Asian descent and African-Americans hovered around one case per 100,000.

While the thought might exist, “Yeah, I don’t have much to worry about,” if you’re not Caucasian, here’s a deeper dive that might prove to be an eye-opener:

Of confirmed melanoma diagnoses, those of Caucasian descent saw a 14–20% mortality rate over that same 15-year span. Compare that to the Asian and African-American populace who experienced a 50% mortality rate. 50%. That’s a staggering difference. On the surface, it seems to play hand-in-hand with the ethnic-specific “popular thought” on the subject of taking proactive measures in the face of UV radiation. At a minimum, the proper application of UV protectant sunscreen and regular skin checks are dire in the face of remediating the damage skin cancer can cause. A big part of the reason Asian and African-American people experienced a higher death rate when faced with a melanoma diagnosis is because the cancer was found far too late in it’s development stages.

In short, the sun is colorblind. UV radiation and all the undesirable things that come with it, is a very real, and very dangerous prospect to bet against. Protect the skin you’re in. It’s the only skin you’ve got.