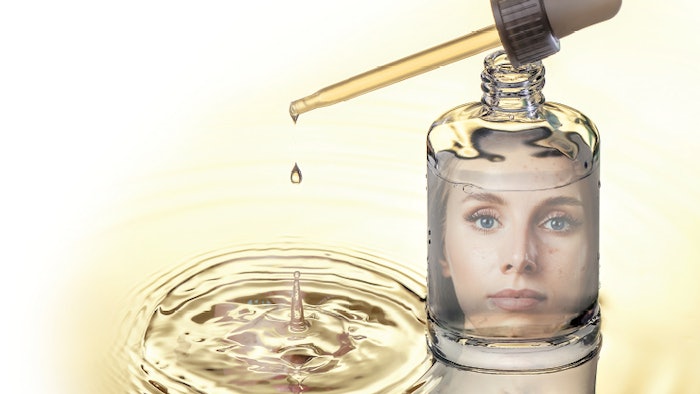 Acne vulgaris is a chronic inflammatory condition affecting approximately 85% of adolescents.1 However, influences such as bacterial overgrowth, decreased cellular communication and increased inflammation must be considered when treating acne. The skin has its own microbiome and relies on a balance between commensal bacteria, fungi and viruses. Understanding the bacterial role in the microbiome is the first step towards successful treatments for many types of acne. Antimicrobial peptides and host-defense peptides provide advanced scientific technology with a significant impact to improve the success rate of treatment outcomes. This article will explore how particular peptides are able to assist the skin’s own natural response to combat acne, inflammation and skin barrier imbalances.

Acne is a disorder of the pilosebaceous unit which consists of the hair and its follicle, the arrector pili muscles and the sebaceous gland.2 What causes this disorder? The dead cells (corneocytes, keratinocytes) shed into the hair follicle instead of desquamating to the stratum corneum, causing a buildup and eventually forming a plug. This plug blocks oxygen from entering the pore, creating an anaerobic environment. Bacteria such as Propionibacterium (P. acne) is a common commensal bacterium and thrives in this anaerobic environment. Bacteria then adheres to the sebum promoting colonization and growth. The dead keratinocytes, combined with sebum and other cellular fluids, create a food source for the bacteria as well as creating a protective structure to guard against the immune system.2

Related: The Benefits of Copper Peptides

A peptide is a chain of two or more amino acids naturally joined together during the digestive process. Amino acids are the small components of protein. Peptides are key messengers to cells and play many important roles contributing to the proper functioning of cells. One specific peptide role is to disrupt bacterial growth. Specific peptides have antimicrobial-like actions. Other peptides can assist with the repair and reconstruction of skin remodeling after injury or during inflammation.

Keep in mind the various terms for peptides, specifically bio-peptide and bio-active peptides. A bio-peptide is a term used for biologically active compounds that are chemically altered from protein fragments. Pharmaceutical grade or L-forms of amino acids are considered biologically active. Peptides can be of a natural substance or chemically engineered. Bio-active peptides are peptides that complement and assist the normal biological processes of the cell.

Additionally, it is important to note that plant-based peptides are not the same and do not function the same as human peptides. The breakdown is in the sequencing or coding of the peptide. In plant peptides, the sequencing of amino acids may only be 60-70% the same as of the amino acid sequence of a human peptide. The remaining 30% of the amino acid message makes the peptide an unrecognizable message by the human cells. For example, if a peptide message to a cell states, “cells reproduce,” but only 70% of that message was comprehensive, it would send a message something like, “cels eprodu.” The letters of the words in the message are 70% identical, but the message is still unrecognizable because 30% is not understood.3 If the letters of a word were not exact, the word changes, as does the meaning. This results in miscommunication or sometimes, no communication at all to the human cells.

Read more about what peptides can do for your acne treatments in our Digital Magazine...

Susan Wade holds a Master’s in Education Administration, is a licensed esthetician, functional medicine practitioner and certified precision nutrition specialist. She is also the director of education for Viktoria De’Ann Peptides. Wade’s passion is learning and writing about the complexities of the human body and how it rejuvenates, avoids diseases, and regains energy.