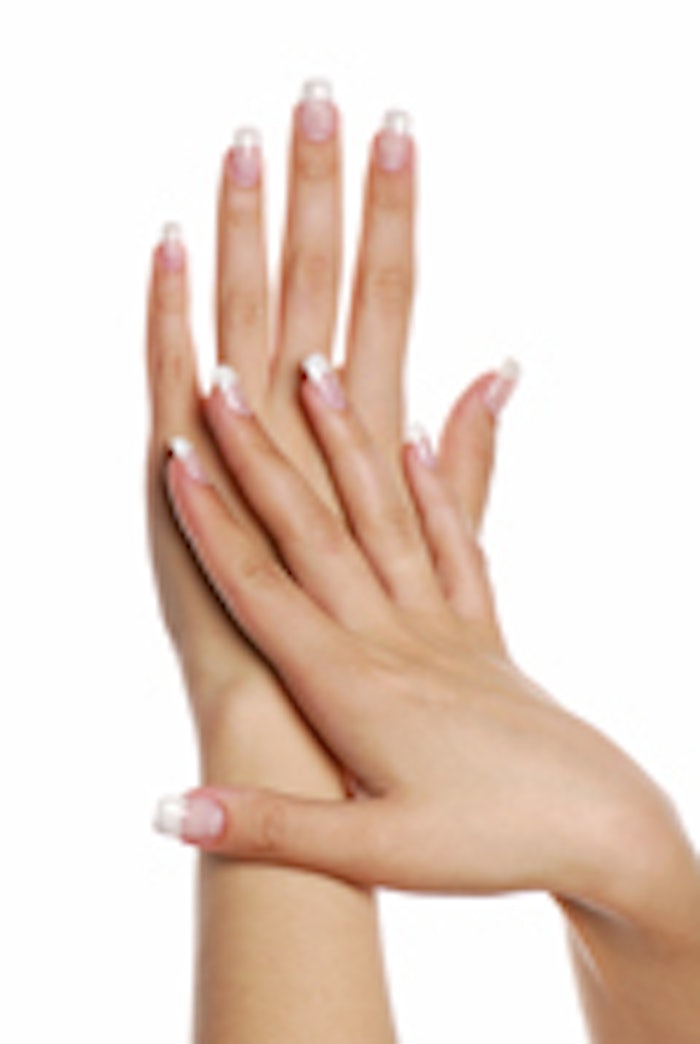 For many of us, the health of our nails is something we often take for granted. That is until something goes wrong and changes the appearance or texture of the nails. Dermatologists, who are the physician experts in the care of skin, hair and nails, find brittle nails, nail fungus and problems from nail cosmetics are among the most common sources of nail disorders. Help can be found by seeking proper diagnosis and starting a proven treatment regimen, which can include medications and behavioral changes.

Hard and brittle nails are caused by too little moisture, with older people more prone to this condition. This type of brittle nails can make nails feel dry, and chipping or flaking commonly occurs anywhere on the nail plate. Dry skin also is common in people with brittle nails, and the condition occurs more frequently in the winter from dry heat used to warm the indoors and in very dry climates with little humidity, such as Arizona.

“When we treat brittle nails, we always ask patients if their toenails are affected as well, and most will say no,” said Daniel. “This indicates that if the condition was caused by a lack of something in the body, such as a vitamin or mineral, it also would cause brittleness in the toenails. For that reason, dermatologists believe brittle nails are the result of contact with the environment, particularly work environments due to contact with water, or low or high humidity.”

“We know that the foot acts as a reservoir for fungus that can spread elsewhere on body, so it is important for dermatologists to treat the source of an infection and check the toenails and bottom of the foot when a fungus is present,” said Daniel. “Patients who have had trauma to a nail also are more susceptible to nail fungus, as the trauma can serve as a predisposing event.”

Nail fungus can be difficult to treat, but most cases improve with the use of available prescription topical medications. Experimental treatments for nail fungus include photodynamic therapy (PDT) and new topical treatments, and studies are currently being done with nanoparticles.

Side effects of nail cosmetics

Nail cosmetics, used to enhance the appearance of nails, also can be a source of potential problems. Though not common, allergic reactions and infections from nail cosmetics used at home or at nail salons pose serious health risks.

For example, Daniel reported that most of the problems associated with nail salons are from the use of acrylic glues to hold artificial nails in place, which can cause pain, redness, itching or scaling. Although the U.S. Food and Drug Administration (FDA) banned the use of methyl acrylics, there are still instances of these types of nails being used at some salons despite their known health risks.

In addition, some of the ingredients in nail polishes and polish removers can cause allergic reactions. Free formaldehyde, which means it is not bound to another substance, also is banned by the FDA as a nail hardener because it can cause itching, redness or even blisters. Daniel also advised consumers use nail polish remover with acetates rather than acetones, which are more drying and irritating.

To decrease the chance of contracting an infection at nail salons, Daniel recommended these tips:

* If you don’t have your own instruments, buy a pack of disposable instruments at the nail salon that are only intended for one-time use.

* If you must use the reusable instruments at a nail salon, make sure they are sterilized properly in an autoclave. If not, find another salon.

“To ensure that your nails are strong and healthy, it is important to take care of them properly and not subject them to harsh environmental conditions or unnecessary hazards in an attempt to improve their appearance,” said Daniel. “Oftentimes, changes in our nails can signal a serious underlying health problem. In a sense, dermatologists act as detectives who can diagnose a variety of health problems from clues they observe in the nails. So, see your dermatologist if you notice any abnormalities or have any concerns about the health of your nails.”

Headquartered in Schaumburg, IL, the American Academy of Dermatology, founded in 1938, is one of the largest, most influential and most representative of all dermatologic associations. With a membership of more than 15,000 physicians worldwide, the Academy is committed to advancing the diagnosis and medical, surgical and cosmetic treatment of the skin, hair and nails; advocating high standards in clinical practice, educatio, and research in dermatology; and supporting and enhancing patient care for a lifetime of healthier skin, hair and nails. For more information, visit the Academy at www.aad.org.