Editor’s note: This article originally was published in the September 2006 issue of Cosmetics & Toiletries magazine, and has been reprinted with permission.

Defining ethnic skin
The Fitzpatrick Skin Type classification often is used to define ethnic skin. This scale ranges from type I (ivory white skin) to type VI (dark brown skin) and identifies skin type based on its reaction to UV light. Skin of color can be classified as skin types IV–VI.

Although there may be some variation in the number of melanocytes among races, this difference is not striking. In all races, there are approximately 2,000 epidermal melanocytes/mm2 on the head and forearms, and 1,000 epidermal melanocytes/mm2 on the rest of the body. These differences are present at birth.1 Thus, all people have the same total number of melanocytes; it is the distribution of melanosomes in the keratinocytes that correlates with skin color. In white skin—typically types I–III—melanosomes are small and aggregated in complexes. In black skin—types V and VI—there are larger melanosomes that are distributed singly within keratinocytes.2

The role of melanin in the skin is to absorb and scatter energy from UV light to protect the epidermal cells from damage. Melanin provides considerable protection from sun damage, and the degree of protection corresponds directly to the degree of pigmentation. This sun protection offers significant prevention of photo-aging, which is one of the primary cosmetic concerns in Fitzpatrick skin types I–III.

The cosmetic advantage of skin types IV–VI is an increased protection from photo-aging. However, the cosmetic disadvantage of skin of color is its propensity to develop hyperpigmentation or hypopigmentation, which ethnic clients frequently experience and are most concerned about preventing.3 Essentially, any inflammation or injury to the skin can be followed immediately by an alteration in pigmentation.

Hyperpigmentation in ethnic skin
Any ingredient that has a potential to cause significant irritation or dryness when applied to the skin can cause pigment alteration in ethnic skin. Although hypopigmentation can occur, hyperpigmentation is most common. The patients at greatest risk are those with dry, sensitive skin. The most common topical treatments associated with pigment alterations include benzoyl peroxide, retinoids, salicylic acid and glycolic acid. Additionally, in predisposed clients, hydroquinone can be irritating and can lead to hyperpigmentation. Typically, individuals first report dryness and irritation. In more severe cases, this is followed by redness and even superficial erosions.

In skin types I–III, if any reaction occurs, the skin typically will return to normal once use of the product is discontinued. Ethnic skin differs from the lighter skin types because, in these clients, dryness and irritation frequently are followed by postinflammatory hyperpigmentation. In predisposed individuals, hyperpigmentation usually develops within one to two weeks and can last for several months. However, it is important to note that pigment alterations are rare when benzoyl peroxide, retinoids, salicylic acid and glycolic acid are utilized correctly in ethnic skin. Clients with ethnic, dry, sensitive skin can avoid pigment alterations by using products that are formulated in emollient-based vehicles or with lower concentrations of the active ingredient.

Retinoids
Acne is the most common dermatologic diagnosis, with an incidence of up to 29% among black patients.4 In comparative studies between black and white patients, the prevalence of acne appears to be equal.5

The first line of therapy for acne continues to be retinoid therapy. Adapalene, tretinoin and tazarotene are the most commonly used prescription retinoids for treating the condition. Retinol is available over-the-counter (OTC) and is used primarily in anti-aging formulations.

Adapalene has been well-studied in the treatment of acne for black clients. It is best-suited for those with mild to moderate acne. Of the retinoids, it is useful especially in those with dry, sensitive skin because of its low incidence of irritation.6 Studies of adapalene in black clients with acne also report reductions in hyperpigmented macules—or patches of skin altered in color—and density of hyperpigmentation.7

Tretinoin also has been studied as a treatment for acne in black individuals. It is best-suited for those with moderate acne and oily skin. Similar to adapalene, tretinoin is effective not only on comedones, but also on the associated hyperpigmentation.8

Tazarotene is an excellent treatment choice for clients with moderate to severe acne. Individuals must be advised to expect dryness and scaling when beginning this medication. Skin care professionals often recommend a dosage of tazarotene be applied every other night for the first two weeks, then be increased to a nightly application in order to improve tolerability. As with all topical retinoids, among some skin types, irritation can lead to hyperpigmentation.

Glycolic acid
Glycolic acid also is common in many OTC acne and anti-aging formulations. Formulations of up to 10% can be found in anti-aging creams and acne treatments, and up to 20% in some cleansers. It is important to note that the efficacy of glycolic acid is based on the proportion of free acid in a given product. The amount of free acid can be determined from the pH level and the concentration of glycolic acid in a product. Thus, when comparing two products with the same percentage of glycolic acid, the pH is very important. A product with a very low pH will be more irritating but will have a greater amount of free acid and, thus, will be more efficacious at increasing cell turnover and exfoliation. A product with a higher pH will be gentler and have humectant properties but will not be as efficacious in cell renewal.9

Glycolic acid also is utilized as a superficial chemical peel. Glycolic acid peels at 20–30% can be used safely on ethnic skin, but they need to be timed and neutralized 2–3 minutes after application. Higher-concentration peels have a greater risk of causing hyperpigmentation in ethnic skin—types IV–VI—because these peels can be significantly deeper. As with salicylic acid, repeated treatments are required in order to achieve the best results.

Another common issue with hydroquinone is its tendency to oxidize and turn brown when exposed to the air. Hydroquinone packaged in jars frequently turns brown within weeks, once opened. It must be stabilized and packaged in tubes or pumps in order to avoid this problem.

Although hydroquinone has been used for more than 40 years in the United States as a skin-lightening agent, OTC formulations of the ingredient are banned in Europe and Asia due to reports that it was carcinogenic in animal studies.

Ochronosis is a rare idiopathic darkening of the skin that has been reported with prolonged hydroquinone use. Most cases occurred in South Africa where hydroquinone and other skin-bleaching agents were used daily to lighten facial skin. Hydroquinone has been banned in South Africa due to the high incidence of ochronosis in that country. Interestingly, reports of ochronosis are rare in the United States. Ochronosis most often is associated with prolonged daily application of hydroquinone to the entire face for a period of 20–30 years. For this reason, most dermatologists recommend that the ingredient be applied only to the affected area and that its use be discontinued once improvement has been achieved.

Skin-bleaching agents
Many other skin-bleaching agents can be used to lighten the skin. These include mequinol, azelaic acid, kojic acid, arbutin, soy, vitamin C, licorice extract and niacinamide. Mequinol is used widely in Europe as a skin lightener. It is the monomethyl ether of hydroquinone, and was introduced recently in the United States as a prescription skin-lightening agent. Azelaic acid 15–20% requires a prescription and has been found comparable to 2% hydroquinone in studies.10 Kojic acid is available OTC in formulations of 4% and also is comparable to 2% hydroquinone.11 Soy and arbutin are available in many OTC products as skin-lightening agents. Although the list of skin-bleaching agents is extensive, hydroquinone remains the gold standard. Significant research in this area is still is needed in order to find equally effective alternatives.

Additional considerations
Moisturizers are an extremely important component of ethnic skin care. Patients with darker skin types often develop a gray appearance to their skin when it is dry. This phenomenon frequently is referred to as “ashy” skin. In fact, some studies suggest that transepidermal water loss is greater in black patients.12 This finding may account for the high incidence of dry skin seen clinically in black clients. Highly effective moisturizers often are required to treat this ashy appearance. In more severe cases, moisturizers with ingredients such as lactic acid or salicylic acid are most effective.

Another common concern for clients with ethnic skin is the gray tint observed with the application of topical sunscreens that contain zinc oxide or titanium dioxide. Similarly, foundations and makeup that contain physical blockers tend to cause this gray/blue tint or hue to the skin. This gray sheen is most prominent in types V and VI skin, and can make certain sunscreens cosmetically unacceptable for ethnic skin.

Micronized formulations have made these physical blockers more cosmetically acceptable. Other solutions include combining chemical blockers with physical ones so that a lower concentration of the physical blocker is required in order to achieve the desired SPF. Despite these advances, developing a purely physical blocker with a high percentage of zinc oxide or titanium dioxide that does not leave a gray hue or tint on darker skin types remains a challenge.
Additionally, other topical products that leave any type of residue are not cosmetically acceptable in ethnic skin. This is because a thin white residue that is transparent in lighter skin can be extremely obvious in darker skin tones. This phenomenon has been observed in some urea and benzoyl peroxide products. However, it can occur in any topical product that leaves a powdery residue when it dries on the skin.

Summary
The cosmetic concerns of ethnic skin are unique and varied. Skin sensitivity appears to be similar among different racial ethnic groups.13 However, the aftereffects results of skin irritation in darker-skinned persons are more pronounced. Although most products are well-tolerated in ethnic skin, it is important to understand the unique features of this ethnic skin type when recommending treatments. 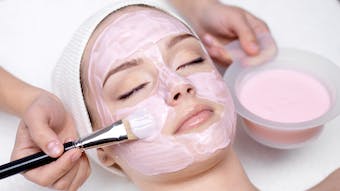 We have gathered eight brands that shared their anti-aging treatment protocols for us to feature in our digital magazine.
Jan 5th, 2022 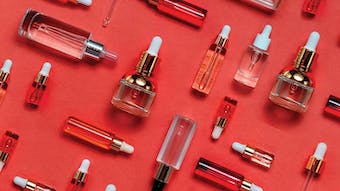 Layering serums is one method of customizing facial treatments. Think of it as “custom dosing” to personalize for a client’s unique skin concerns.
Jan 3rd, 2022 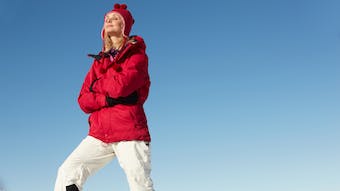 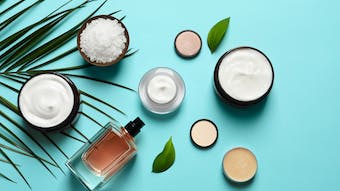 The Risk with Skin Care Cocktailing

Blending skin care products could disturb the balance of ingredients, which could lead to undesired outcomes, according to an article from Yahoo.
Dec 14th, 2021 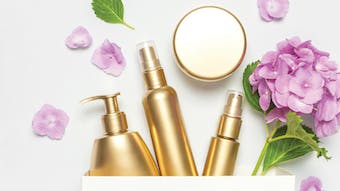 What’s All the Hype? Part 3: Securing the Bag

In part two, how to treat hyperpigmentation was addressed, and now we need to address ‘the bag.’
Dec 1st, 2021 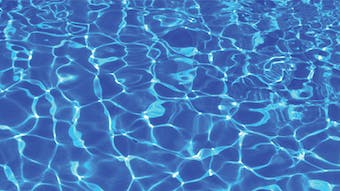 We have gathered six brands that shared their hydration treatment protocols for us to feature in our digital magazine.
Dec 1st, 2021 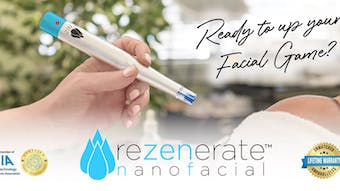 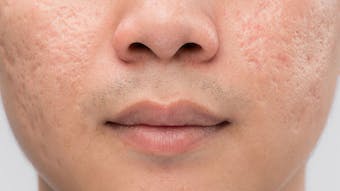 When testing microneedling as a treatment option for the reduction in acne scarring, it proved to be safe and effective with high patient satisfaction.
Nov 11th, 2021 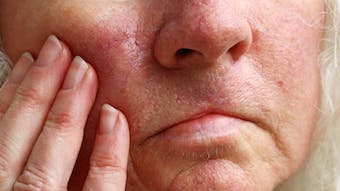 How to Treat Congested Skin

Congested skin can be treated with home remedies including natural exfoliation and dietary changes or prescription skin care products, per Healthline.
Nov 5th, 2021