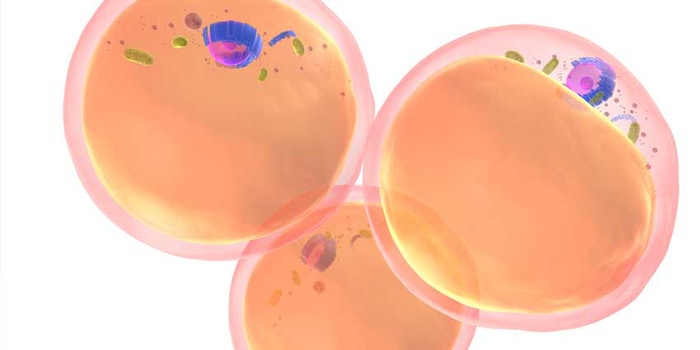 Researchers from the Perelman School of Medicine at the University of Pennsylvania found adult stem cells collected from human fat have a potential use to treat aging. The results were discovered after developing a new model to study chronological aging of these cells, which the findings were published in the journal, Stem Cells.

The fat cells collected are called adipose-derived stem cells (ASCs), which create more proteins than researchers initially thought when preserved in their natural state, as opposed to a manipulated lab.

“Our study shows these cells are very robust, even when they are collected from older patients,” said Ivona Percec, M.D., director of Basic Science Research in the Center for Human Appearance and the study's lead author. “It also shows these cells can be potentially used safely in the future because they require minimal manipulation and maintenance.”

Currently, stem cells collected from different tissues are used in various anti-aging treatments. Percec and her team found ASCs to have more stability over other cells, which provide a potential for new therapies to prevent and treat age-related diseases.

“Unlike other adult human stem cells, the rate at which these ASCs multiply stays consistent with age,” said Percec. “That means these cells could be far more stable and helpful as we continue to study natural aging.”

The U.S. Food and Drug Administration (FDA) has not approved ASCs so further research is needed, and according to Percec, the following step is to study how chromatin is regulated in ASCs.

The team will specifically be looking for how tight the DNA is wound around proteins inside the cells and the way this affects aging. The genes inside will be expressed more the more open the chromatin is.