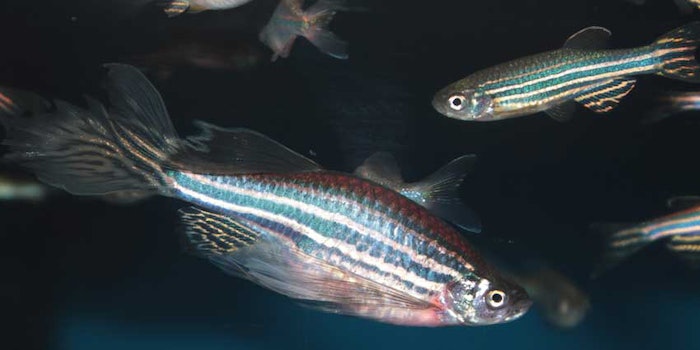 A study on the tissue regeneration ability of zebrafish has led to a new function discovery of heat shock protein 60 (HSP60)—that it may help heal wounds.The protein is known for its role in the inflammatory reponse.

Shawn Burgess, Ph.D. of NIH’s National Human Genome Research Institute led a study with a team of scientists screening for genes essential to hair cell regeneration in zebrafish. The results of this study were published on Oct. 27, 2016 in npj Regenerative Medicine.

The Hsp60 protein—which can also be referred to as Hspd1—is known for its ability to facilitate proper protein folding, in addition to being a necessity for an inflammatory response, according to previous research.

The current study discovered a new function the protein has as a mediator to healing wounds, suggesting that Hsp60 can attract immune cells to an injury, which triggers signals involved in wound closure.

The research showed injecting Hsp60 to an injury in zebrafish progressed tissue regeneration.

Diabetic mice were also under investigation for tissue-regenerating effects of Hsp60. Diabetes is known to damage the healing of a wound in mice and humans, but researchers discovered when Hsp60 was applied to diabetic mice, results showed nearly complete wound healing within 21 days. On the other hand, diabetic mice without the Hsp60 treatment had unhealed wounds remain.

Researchers are looking into further testing to see what other heat shock proteins can be involved in wound healing to benefit human wounds in the future.

“This study proposes an unusual role for a well-known gene,” said Burgess. “This gene is found in every organism from bacteria to man. We have shown that in vertebrates, it has a surprising role in immunity that is essential for wound healing.”