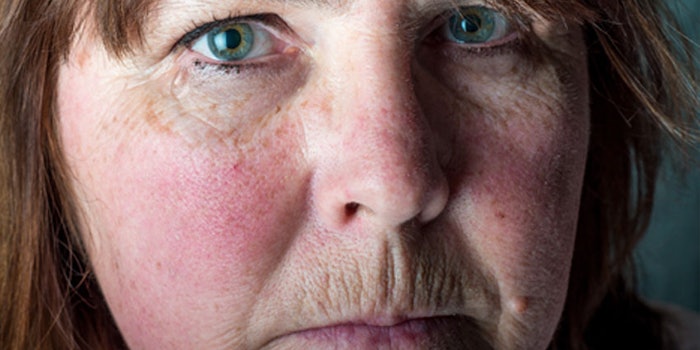 Researchers are understanding the role of Demodex mites and other triggers in rosacea better with recent findings, which may lead to better care for clients suffering with this skin condition. On Rosacea.org, experts discussed new research and presented opportunities for better treatment.

Demodex mites are a normal part of the human microbiome, but can be found in amounts more than four times greater on the facial skin in rosacea sufferers than on normal skin, acccording to Frank Powell, M.D., consultant dermatologist at Mater Misericordiae Hospital in Dublin and former president of the European Academy of Dermatology and Venereology.

Some sufferers see different types of severity in visible manifestations based on the role Demodex plays in the pathophysiology of rosacea, said James Del Rosso, D.O., adjunct clinical professor of dermatology at Touro University College of Osteopathic Medicine in Henderson, Nevada.

“Researchers have more recently discovered that while Demodex folliculorum and D. brevis live in the hair follicles and sebaceous glands of the facial skin, D. folliculorum is also found in the meibomian (tear) glands of ocular rosacea patients,” explained Powell. “In the mites’ brief life span of 14 days, they live and reproduce in the pilosebaceous units, subsisting on sebum and cellular contents, and emerge from the follicles primarily at night.”

According to Diane Thiboutot, M.D., professor of dermatology and vice chair for research at Pennsylvania State University, a host of microscopic elements and interactions in the innate immune system contribute to rosacea’s development. Substances include:

Additionally, ultraviolet light damage or bacterial antigens and Demodex contribute to triggering rosacea. The enzyme toll-like receptor-2 (TLR-2) is initiated from these triggers, which activates papules and pustules, explained Thiboutot. However, TLR-2 activation is necessary to fight off pathogens, so elimination of it is counterproductive.

“The significance of the relationship between Demodex and rosacea has long been controversial, as it doesn’t fulfill certain traditional parameters for a causal association between a pathogen and a disease,” said Thiboutot, in the statement. “These parameters may have been superseded by more recent findings, and a recent review of 48 articles in the Archives of Dermatology concluded that the degree of Demodex infestation, as opposed to its simple presence, is an important factor in rosacea.”