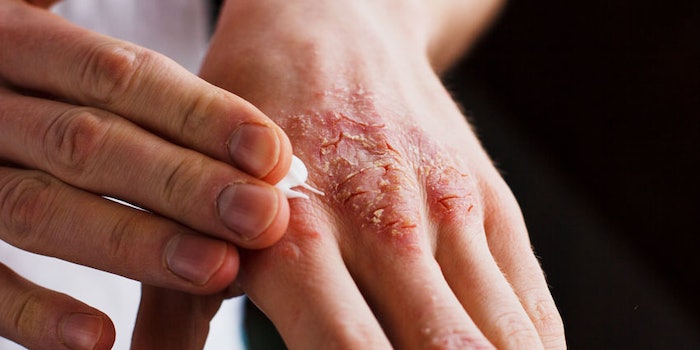 Scientists reported that targeting vascular endothelial growth factor A (VEGFA) signaling in the epidermis can help prevent psoriasis development in the skin. The research team, located at the Unversité libre de Bruxelles, explained how VEGFA is the principal factor responsible for the formation of new blood vessels, which is known to play a role in promoting psoriasis. The findings were published on the American Association for Advancement of Science.

The researchers used genetically engineered psoriasis mouse models to assess the role of Neuropilin 1 (Nrp1), which acts as a VEGFA core receptor amplifying VEGFA signaling by promoting VEGFR receptor, and they assessed the role of flt1, which is a tyrosine kinase receptor in the skin.

To assess the cell autonomous role of Flt1 expression by keratinocytes in VEGFA-mediated psoriasis, the researchers deleted Flt1 exclusively in the epidermis by using K14-Cre/Rosa-VEGA/Flt1 Flox mice, which resulted in the epidermal thickness increasing by threefold.

To assess whether inhibiting these receptors would act as a treatment of psoriasis, the researchers administrated a therapeutic anti-Nrp1 antibody that blocked the interaction between VEGFA and Nrp1 to mice presenting psoriasis. This did block antibodies and induced a rapid disappearance of psoriatic lesions.

“It was very surprising to find that inhibiting VEGFA signaling only in the epidermis was sufficient to completely prevent psoriasis development including immune cell infiltration and increase in blood vessel formation mediated by VEGFA over expression,” commented Farida Benhadou, an MD/PhD student, and the first author of this study in an interview with Genetic Engineerring & Biotechnology News.