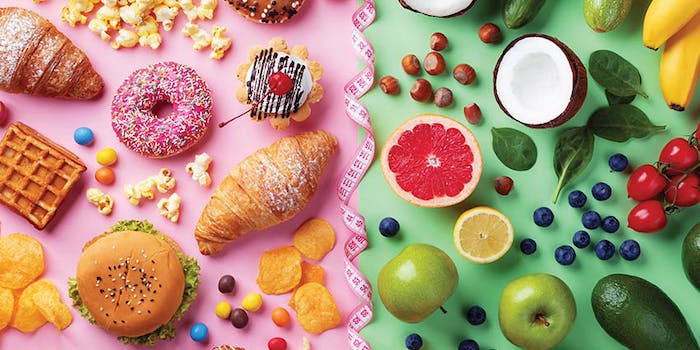 Jayant Lokhande (JL): In your 50 plus years of medical/functional esthetic experience, when did first you notice signs and symptoms of glycation, and what were your insights?

Danné Montague-King (DK): The 1980s were the first time I had a quest to discover the reasons behind people with deep, fissured, cross-linked wrinkles just at the age of 40. It was unusual at that age to find symptoms that usually occurred at age 60 plus!

Then, I was struck with a finding that this peculiar phenomenon was discovered in 1912 by French chemist Louis Maillard, Ph.D., who observed that a mixture of glucose with protein components, when heated, would turn from clear to yellow to a deep brown. This was subsequently called the Maillard reaction. The Maillard reaction is the chemical attachment of glucose to proteins at places it doesn’t normally belong. Glucose is a sticky substance, especially in the presence of water and heat, so it attaches spontaneously to skin/body fibers.

Until recently, however, no one understood that this same process could occur at any body temperature. In the 1970s, it was noticed that people who have high levels of blood glucose, due to poorly controlled diabetes, also have glucose attached to some of their hemoglobin, a protein. Doctors had noticed for years that uncontrolled diabetics seemed to undergo something resembling accelerated aging. It was concluded that many of the common ailments of aging, such as cataracts, deep lines etc. together with the Maillard reaction can cause aging, browning, or products accumulating at a slow rate in the body. What’s more, Maillard noted that the result of this reaction was a series of unalterable new chemical structures in our tissues, which he gave the name advanced glycation end-products (AGEs).

But, why would simply attaching glucose to proteins at places it doesn’t belong lead to the sort of deterioration we call aging deep crossed/linked lines/rhytids? Some proteins form the structure and support of our skin. Many of the most important structural proteins, such as collagen, live for decades in our bodies without their molecules turning over. Remember that collagen is a flexible protein composed of three strands coiled around one another like a cable. Its flexibility is what makes it so useful for forming the foundation of skin.

But as glucose attaches to collagen, it forms bridges or cross-links between strands of a single molecule and between molecules. As these bridges multiply over time, collagen’s flexibility gradually disappears. It turns yellow and stiff and no longer makes such wonderful supple skin or support for capillary walls. What’s more, collagen with attached glucose in the walls of the arteries acts like an opened-jawed bear trap. It seizes and holds on to passing proteins. In this fashion, browning creates lipofuscin, a soup that free radicals are attracted to and love to swim in!

DK: What are AGEs in the current context and how does it involve skin as an organ along with other organs, if there are any?

JL: Skin glycation (dermato-endocrinological condition) is the non-enzymatic reaction between reducing sugars, such as glucose, proteins, lipids, or nucleic acids. Glycation is totally different from glycosylation, which is an enzymatic reaction.

There are more than 300 theories of chronological aging that have been proposed, among them, the theory of cellular senescence, decreased proliferative capacity and telomere shortening, mitochondrial DNA single mutations, the free radical theory, and others.1 While these are important, none of the theories can fully explain all the changes observed in aging-related deterioration. I am editing a book on age management nutraceuticals to be published by Taylor & Francis and am reviewing lots of research papers, peer reviews etc.

Receptor for AGEs (RAGE) is the most studied receptor for AGEs and a multiligand member of the immunoglobulin superfamily of cell surface receptors, encoded by a gene on chromosome 6 near the major histocompatibility complex III. Stimulation of RAGE results in activation of the transcription factor, nuclear factor kappa-B (NFKB) and subsequent transcription of many pro-inflammatory genes. Apart from skin, certain systemic inflammatory diseases like Alzheimer’s, arthritis, acute respiratory failure, cystic fibrosis, chronic renal diseases and sepsis are involved with RAGE. Accumulation of AGEs has been detected in various tissues during aging and diabetes, including articular collagen, skeletal and smooth vascular muscles or glomerular basement membranes. Skin can truly be a mirror of endogenous disease.

AGE accumulation is dependent on the protein turnover rate. Therefore, long-lived proteins are thought to be mainly modified by glycation. As Danné mentioned earlier, collagen is affected first because the collagen turnover rate is slow. Intermediate filaments such as vimentin in fibroblasts and CK10 in keratinocytes have been found to be modified by AGEs.

Certain lifestyle factors have an impact on AGEs. Predominantly, smoking, a typical aggravating factor of skin aging, accelerates formation of AGEs and increases their deposition in various tissues including skin. The content of AGEs in food is highly dependent on the method of preparation, like cooking time and temperature. Fried food contains, in general, far higher amounts of AGEs than boiled or steamed food. Approximately 10–30% of ingested AGEs are absorbed in the circulation. Dietary AGEs directly correlate with serum levels of AGEs and inflammatory markers in healthy human subjects, respectively.

AGEs in the skin have been initially measured by Western blots (WB) with polyclonal antibodies or by autofluorescence measurements of skin biopsies. AGE has the potential to become a chronological age biomarker compound if we can non-invasively measure it.2

DK: Back in 1990s, I developed the first formulation of aminodine to control glycation based upon the chemical, aminoguanidine. At that time, most of the invasive and non-invasive investigation techniques were not developed to identify active molecules in vivo and in vitro. But with aminodine, I could control the loss of epidermal quality due to glycation in a lot of clients.

JL: Remove, rebuild, maintain and protect approach would work because the role of elevating the levels of antioxidant enzymes periodically in the epidermis is a key to not allow AGE build up. Vitamin C, pyridoxine, catechins and carnosine are potential candidates to investigate further in this regard. Most importantly, these ingredients can improve the quality of naturally inherited and adopted collagen synthesis and maintain it.

Protecting the new collagen cross-links and epidermal cellular skeleton from excess glucose, and binding of it, remain the bottom line. So, the “one size fit all” approach is not recommended here. Also, skin microbiota homeostasis can help in establishing healthy cellular signaling, and down-regulating the binding of proteins with extra glucose could be an intriguing aspect for further research. 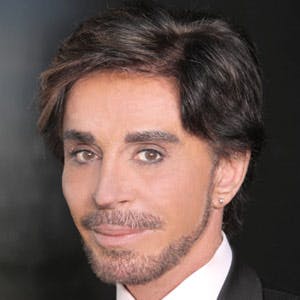 Danné Montague-King is the founder of DMK Skin Care, which is based on his “remove, rebuild, protect, maintain” concept. He is a known educator, author and presenter.

Jayant Lokhande, M.D. BDP, is an Indian system of medicine practitioner and the chief scientific officer for Indus Extracts. He has formulated more than 50 dietary supplements, OTC drugs and functional foods and beverages worldwide. Lokhande earned both a M.D. BDP (botanical drug product) and a MBA in biotechnology. He has published two books, Handbook of Metallonutraceuticals and Botanical Drug Products: Recent Developments and Market Trends.

Sunshine Botanicals is all about clinical skincare - from a botanical perspective. Now you can “go green” without sacrificing results! Click here to learn more and get the scoop!
Oct 20th, 2021

According to Stacy Chimento M.D., in an article by Shape Magazine, marshmallow root "contains a variety of ingredients, such as flavonoids and polysaccharides, that promote skin health."
Sep 9th, 2021

Ice-rolling can offer variable skin care benefits in addition to de-puffing skin complexion, according to an article from New Beauty.
Sep 2nd, 2021 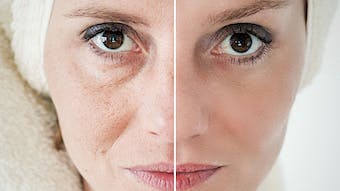