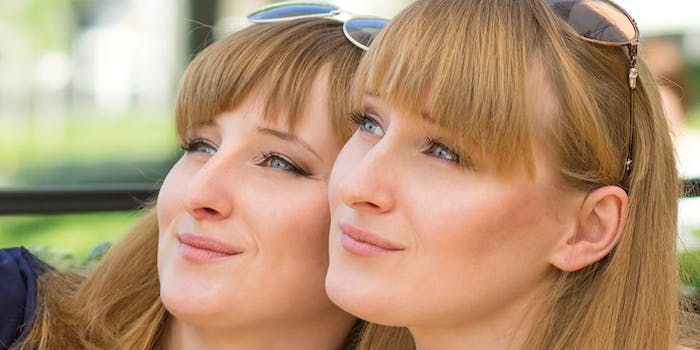 Mandy and Sandy are identical twin sisters who grew up together in Minneapolis, Minnesota. After they completed school, Sandy left and moved to West Palm Beach, Florida, and opened a lawn maintenance business. Mandy stayed in Minneapolis and worked in a medical laboratory. They are now 55 years old and both have appointments with you today to discuss starting a skin care program. Neither has ever really used a formal or professional skin care regimen.

The difference between the skin conditions of these two identical twin sisters who are both 55 is that Mandy has the visible signs of “birthday” aging, and Sandy has classic symptoms of sun damage (dermatoheliosis) on top of birthday aging.

As skin care professionals, we are all certainly aware of sun damage issues and how to treat them, but how much of your client’s aging skin is due to birthdays vs. environmental factors?

In most cases, the appearance of skin aging is a combination of both intrinsic and extrinsic aging. It would be rare to find a 55-year-old with no sun damage. Taking a thorough health history and having a thorough consultation with your client will give you a lot more information about the client’s history of sun exposure, sun habits and other health habits that might have contributed to their sun damage issues. This is a good opportunity for the skin therapist to start a sun-aware program, start the client on daily sun care and teach them about sun health habits. Explain to the client that as good as their treatments and products are, they cannot hold up against bad sun habits and lack of sun protection.

The appearance signs of intrinsic “birthday” aging begin as early as age 30 and more so at 40 years of age and up. The basic signs of birthday aging are: 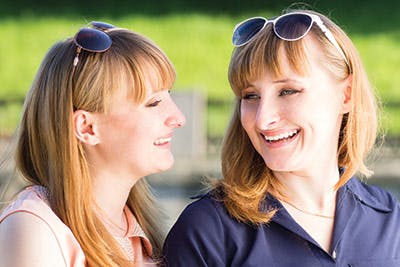 Intrinsic aging is attributable to many factors, including the following:

Genetics. Genes are responsible for certain factors in how skin ages over time. They cause us to look like our parents and to look like our parents did as they aged. Genetic factors involving bone structure, enlargement of facial features with age, hair thinning or male pattern baldness, as well as genetic hormonal factors that affect appearance are all examples of our hereditary aging blueprint.

Gravity. The constant pull on our bodies by the earth’s gravitational forces cause skin to sag and elasticity of our skin to diminish the longer we are on the earth.

Repeated facial movements. Using our expressions can cause lines in the face, which are often called expression lines or smile lines.

Slowing of epidermal renewal. This factor can be the cause of many skin aging symptoms and can even contribute to irritation and redness. Epidermal renewal is responsible for the barrier function of our skin. The constant turnover of epidermal cells causes the formation of the lipid complexes that comprise our interstitial epidermal barrier that keeps essential moisture in the skin and also prevents penetration of potential irritants. As we get older, this renewal process slows down to reduce the amount of lipid material produced by epidermal turnover.

The epidermis has been compared to a brick wall. In this comparison, the cells are the bricks, and the mortar is the lipid layer filling the spaces between cells. This lipid layer traps water, gives skin support and plumps out the surface to make skin look firm and fresh. Impaired barrier function occurs when lipids are missing due to environmental exposure such as windburn or frostbite, or removal by over-washing or over-peeling. The skin loses its ability to hold moisture between the epidermal cells, resulting in surface dryness, dehydration and appearance effects such as accentuated wrinkles and rough-looking skin textures.

Skin can also become irritated much more easily. Missing lipids allow irritants to penetrate the skin, which can cause inflammation resulting in redness. Many flares of rosacea and redness are related to impaired barrier function.

Extrinsic aging, which is more often referred to as sun damage, has many of the same symptoms as “birthday” aging such as wrinkles and elastosis, but they are more severe.

Pigmentation issues are not usually part of intrinsic aging but are a big issue with sun damaged skin. Everything from extensive splotching (mottling), chloasma (liver spots), sun freckles and pigmented growths are part of sun damage, especially in people who actively tan.

Other visible signs of environmental aging are: multiple wrinkles not attributed to normal facial expressions, criss-cross wrinkling, thick and leathery textures, wrinkly hyperpigmented chest and cleavage areas, fragile blood vessels, many types of growths and potentially skin cancer. However, the biggest difference in intrinsic and extrinsic aging is the pigmentation.

All clients will exhibit some signs of birthday aging, but only clients with sun damage and environmental aging will show the severity of the symptoms. 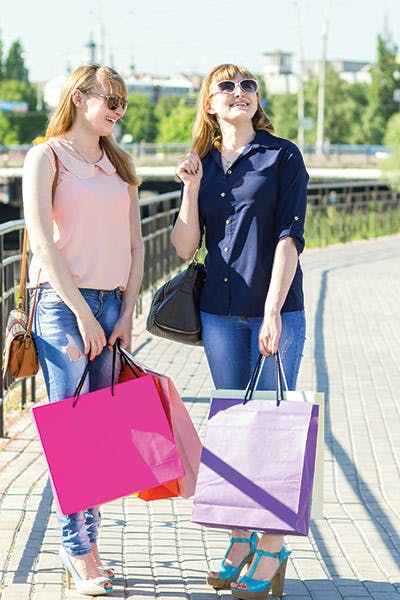 Sun. Repeated and continual exposure to sunlight, especially unprotected exposure is the most prevalent factor in controllable skin aging. Most sun damage is caused from daily ambient exposure, which means casual exposure to sunlight from day-to-day activities such as sitting by windows, driving to work and talking to your neighbor in the yard. The number one defense against signs of extrinsic aging is the daily use of a broad spectrum sunscreen to protect against ambient exposure.

Clients who deliberately tan will have the worst signs of photo-damage. Many of these clients tan all the time year-round, including the use of tanning beds. Their skin will look as bad as a farmer who works all day every day in the sun.

Sun exposure causes a cascade of immune responses in the skin. The sun’s rays create free radicals also known as reactive oxygen species (ROS) in the skin. These are wild, instable oxygen atoms and molecules that attack the skin cells, while trying to chemically stabilize. The skin’s immune system responds with a series of biochemical reactions, resulting in the production of self-destruct enzymes: collagenase, elastase and hyaluronidase. These enzymes ultimately destroy collagen, elastin and hyaluronic acid in the skin.

The damage accumulates every time the skin is exposed to sunlight, evolving into what appears as wrinkles, leather texture, elastosis, pigment changes and abnormal tissue that can become skin cancer.

Inflammation. Chronic inflammation of any type can have a similar effect on the skin. This might include pollution factors, internal disease that causes inflammation and even skin that stays in a chronically reddened and inflamed state. People who constantly peel their skin to the point that it is continually irritated and red may be creating their own destructive cascade. There is nothing wrong with exfoliation, but over-exfoliation, the overuse of peels and home chemo-exfoliating products can potentially cause this type of damage.

Smoking. Smoking is probably the worst health-destroying habit a person can have, and it certainly can impact the skin in terms of aging appearance. The free radicals created by smoking causing inflammation all over the body including the skin. This repeated damage to the body over time can show up as severe elastosis and wrinkling. It is interesting that many smokers are also sun-addicted.

Alcohol and diet. Excessive alcohol consumption and poor dietary habits can also contribute to all types of extrinsic aging of the body, including the skin.

Although birthday aging cannot be prevented, the appearance of both birthday aging and sun damage can be improved. In part two of this article, we will discuss programs to treat both intrinsic and extrinsic aging.

See what ingredients and treatments to use when it comes to intrinsic and extrinsic aging in: Birthday Aging or Sun Damage? Treatments for the Aging Client. 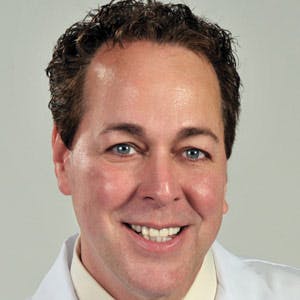 Mark Lees, Ph.D., M.S. is a clinical skin therapist and product developer of Mark Lees Skin Care. He is the author of Skin Care: Beyond the Basics, the Skin Care Answer Book and Clearing Concepts. He is a reknown speaker, teaching classes throughout the US and at his training center in Pensacola Florida. www.markleespro.com.