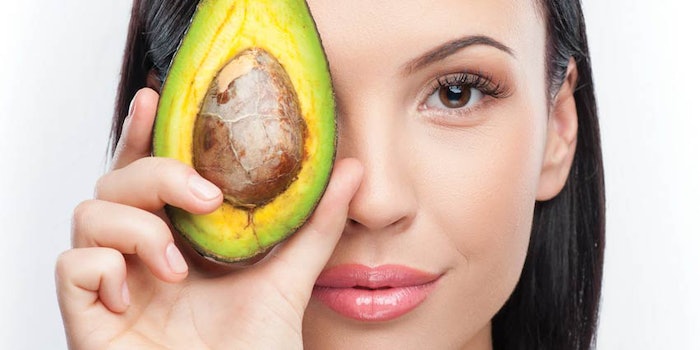 Keeping up with trends is a near impossible task in the ever-changing world, particularly in both the skin care and health care industries. As consumers and estheticians or spa owners, we are constantly bombarded with conflicting information on what we should/shouldn’t eat as well as should/shouldn’t use on our skin. A perfect example of this is the evolution of the food pyramid (see Food Pyramids 1970s vs. Today).

While it may be true that we should limit unhealthy fats (trans-fats), this idea was applied as a blanketed rule to all fat consumption. As a result, fat intake lowered and heart disease increased to the number one killer in the United States. This was possibly due to the fact that low-fat foods can have a higher sugar content. When you combine this higher amount of sugar (refined, simple carbohydrates) with the recommended amount of grain intake (complex carbohydrates), the liver converts these excess carbs into triglycerides, raising blood triglyceride levels and potentially increasing the risk for heart disease.1

Low-fat diets also have a multitude of other potential harmful side effects, such as imbalanced hormone production, increased bad cholesterol levels as well as causing inflammation throughout other parts of the body. Recently Andrew Weil, M.D., the father of integrative medicine, virtually flipped the original food triangle upside down, citing foods naturally high in good fats such as walnuts, extra virgin olive oil and avocados should be one of the main focuses in our diets to lower inflammation.

Interestingly enough, the same concept can be applied to skin care. A reconfiguration of the skin food pyramid is therefore suggested (see Reconfigured Skin Food Pyramid: Past Vs. Current), where healthy lipids and fats take a bulk of the new priority, followed by antioxidants, natural alternatives and exfoliants.

I’ll never forget the first time I mustered up the courage to put a pure oil on my skin. It contained a base of olive oil, sesame seed oil and a blend of essential oils that can be beneficial to hormonal, breakout prone skin. I expected to wake up in the morning with my face looking like an oil spill, but shockingly, I woke up to mattified skin with a reduction in swelling where the breakouts had occurred. As I began to use it more frequently, the benefits continued to increase substantially. I was consistently clearer, leading to less hyperpigmentation-induced scarring. Rather than being irritated and over-dried from the acne treatments I was using, my skin was soothed and radiant. I also didn’t mind that my forehead lines began to soften. Out of anything I’ve ever done for my skin, using oils has probably had the most dramatic, unexpected benefits, and my only regret is not having an open mind about them sooner.

Our skin’s job is to adapt to environmental changes and defend us from external stressors and pathogens. Every time oils are taken away from the skin with harsh cleansers, surfactants and exfoliants, the skin is doing its best to kick oil production into overdrive in an attempt to protect us, stop water loss and rebalance. Genetically, we may also be predetermined to produce more oil within the skin, but it’s not necessarily just about how much oil we are producing, so much as it is about the ratio of different building materials we are using to create the finished product we call sebum. After all, sebum isn’t just oil, but instead a complex, delicate balance of lipids, fatty acids, wax esters and squalene. The ratio that these components occur can determine if we are feeding bacteria and inflammation or inhibiting it. It has been observed in acne-prone skin that there can be a lowered level of linoleic acid,2 which is a type of omega-6 essential fatty acid obtained in our diets from sources like hemp seeds, walnuts and sesame seeds—all of which are high-fat foods. This low level of linoleic acid creates an impaired barrier function of the skin, and in regard to acne, might also be responsible for increased permeability of the follicle wall to various inflammatory substances,3 creating the potential for infection.

Why Are Fats Essential?

Fatty acids are referred to as “essential” because our bodies don’t have the ability to create these fatty acids on their own; it has to come from the diet. Unfortunately, not everyone’s digestive system or body necessarily works the same, and some people have an issue converting the linoleic acid consumed in the diet into another material called gamma-linoleic-acid (GLA).

GLA can play role in brain, heart and skin health as well as inflammatory response. You can eat as many flaxseeds, walnuts and hemp seeds as you want, but if the body isn’t converting and utilizing these fatty acids, there will be little to no benefit received. An easy way to sidestep this is supplementing the diet with either borage seed oil or evening primrose oil, as these sources are naturally rich in GLA so the body has no need to convert the linoleic acid into GLA.

As stated previously, the benefits of fats in the skin don’t end with acne. These same lipids protect the skin from weather changes, sun exposure, pollution and other free-radical sources. With the lipids having such an important function in our skin’s health, the primary focus of our skin care should be enhancing the barrier function of the skin as much as possible and as early as possible. With a strong barrier, the skin is less exposed to these harmful factors and thus resists aging effectively.

Antioxidants are our second line of defense against the inflammation and premature aging caused by free radicals. While vitamin C, vitamin A and vitamin E still hold their value, there has recently been an increase in the industry of what’s referred to as second generation antioxidants, which have a much more powerful effect at protecting cells from the damaging effects of free radicals. These benefits hold true for both the skin and the body. Some examples of these second-generation antioxidants are turmeric, astaxanthin from algae and various antioxidants found in microgreens—all safe to incorporate into our diet. These antioxidants are anywhere from 50–6,000 times stronger than vitamin C, providing an incredible leap in the amount of protection cells receive with their application.

As great as these new antioxidants are, don’t abandon vitamin C, as many of these antioxidants work synergistically to boost each other for greater effect. Various antioxidants also protect different portions of our cells, so it is important to get a full spectrum of as many vitamins as possible. For example, our sebum naturally provides vitamin E to the skin, which protects the lipid membrane of our cells. Vitamin C protects the water portion. Both must be together to have total cell protection, otherwise it’s the equivalent of purchasing insurance for the roof of your house and not the rest.

The body cannot make vitamin C on it’s own, so we have to get this from dietary sources. Vitamin C isn’t absorbed as well without vitamin E, vitamin A, fatty acids and vitamin P. Nature tends to put these co-factors together already, so it is best to get them from whole food sources such as oranges with the pith, kiwi and colorful yellow or red peppers. This is why many supplement brands are moving to whole food vitamin sources vs. their isolated counterparts.

Finding natural alternatives to certain ingredients that are used throughout skin care should be another priority on our list. For example, hydroquinone’s days are seemingly numbered, as there is more evidence being discovered about levels of toxicity and potential carcinogenic effects. In addition, there are more countries getting on board with banning hydroquinone’s usage. Even more widely accepted pigment lighteners, such as kojic acid, have now been banned in Switzerland and will be potentially banned in countries throughout Asia. Although kojic acid may not have some of the harmful effects of hydroquinone, there are some studies that show the potential for tumor formation and liver toxicity. Many of these were hypothetical, but as we become more educated on ingredients in skin care, the tolerance level for allowing these ingredients in products has been tightened. Kojic acid has also been shown to increase skin sensitivity and irritation, potentially opening the skin up to the effects of environmental stressors. There are plenty of other natural skin lighteners that do both lighten and suppress pigment. These alternatives are also able to do it without destroying a large portion of our skin’s protection, the melanocytes or pigment-producing cells. Turmeric, one of the valuable second-generation antioxidants discussed previously, treats post-inflammatory hyperpigmentation as well as UV-induced photodamage and hyperpigmentation.4

This same concept can be applied internally in taking ownership of our own diet and natural health care. This includes ingesting fresh, non-processed foods and doing our best to avoid prescription drugs with harmful side effects.

Skin care really can be divided into two categories: builders and bulldozers. Bulldozers are ingredients such as harsh sulfates/foaming agents, chemical peels and retinols as well as tools such as lasers that tear down the skin. Most consumers are bulldozing with every step of their regimen. It’s understandable— bulldozers are exciting. Bulldozers provide dramatic results and give us another tool as therapists to increase our value to consumers. However, exposure to pollution, free radicals and UV radiation is increasing.

Bulldozing too much overexposes the skin to these external influences. With all of these staggering facts, it’s important to be just as excited about building the skin as bulldozing it, so we can keep the skin protected and prevent the need for harsher treatments.