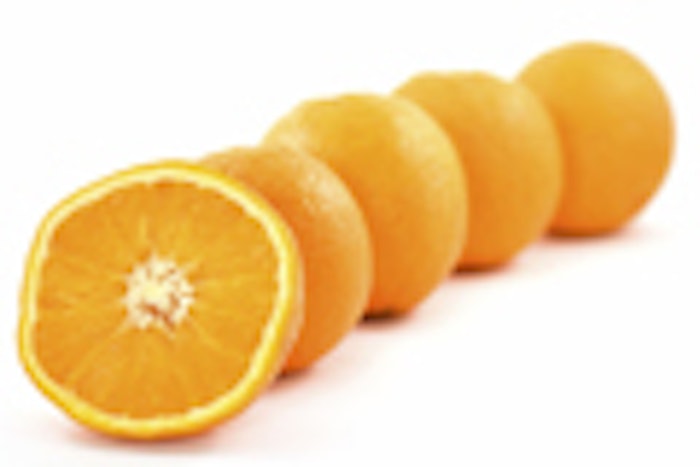 A new study shows how vitamin C is helpful in wound healing, as well as its ability to act as a skin protector, making it a vital ingredient in skin care products for fighting free radicals and DNA damage.

Researchers at the University of Leicester in the United Kingdom, and at the Institute for Molecular and Cellular Biology in Portugal, studied new protective properties of vitamin C in cells from the human skin, which could lead to better skin regeneration. The work, by Tiago Duarte, Marcus S. Cooke and G. Don Jones, found that a form of vitamin C helped to promote wound healing and also helped protect the DNA damage of skin cells. Their findings have been published in the journal Free Radical Biology and Medicine.

This report is the latest in a long line of publications from these researchers, at the University of Leicester, concerning vitamin C. Previously, the group has published evidence that DNA repair is upregulated in people consuming vitamin C supplements. The researchers have now provided some mechanistic evidence for this, in cell culture, using techniques such as Affymetrix microarray, for looking at gene expression, and the ‘Comet’ assay to study DNA damage and repair.

Tiago Duarte, formerly of the University of Leicester, and now at the Institute for Molecular and Cellular Biology in Portugal, said, “The exposure to solar ultraviolet radiation increases in summer, often resulting in a higher incidence of skin lesions. Ultraviolet radiation is also a genotoxic agent responsible for skin cancer, through the formation of free radicals and DNA damage.

“Our study analyzed the effect of sustained exposure to a vitamin C derivative, ascorbic acid 2-phosphate (AA2P), in human dermal fibroblasts. We investigated which genes are activated by vitamin C in these cells, which are responsible for skin regeneration. “The results demonstrated that vitamin C may improve wound healing by stimulating quiescent fibroblasts to divide and by promoting their migration into the wounded area. Vitamin C could also protect the skin by increasing the capacity of fibroblasts to repair potentially mutagenic DNA lesions.”

Even though vitamin C was discovered more than 70 years ago as the agent that prevents scurvy, its properties are still under much debate in the scientific community. In fact, the annual meeting of the International Society for Free Radical Biology and Medicine, which will be held this year in San Francisco, will feature a session dedicated to vitamin C, titled “New Discoveries for an Old Vitamin."

Marcus S. Cooke, PhD, from the Department of Cancer Studies and Molecular Medicine and Department of Genetics, at the University of Leicester, added, “The study indicates a mechanism by which vitamin C could contribute to the maintenance of a healthy skin by promoting wound healing and by protecting cellular DNA against damage caused by oxidation. These findings are particular importance to our photobiology interests, and we will certainly be looking into this further.”

These results will be of great relevance to the cosmetics industry. Free radicals are associated with premature skin aging, and antioxidants, such as vitamin C, are known to counter these highly damaging compounds. This new evidence suggest that, in addition to ‘mopping up’ free radicals, vitamin C can help remove the DNA damage they form, if they get past the cell’s defenses.

The study has the potential to lead to advances in the prevention and treatment of skin lesions specifically, as well as contributing to the fight against cancer.

Adapted from materials provided by University of Leicester, via AlphaGalileo.