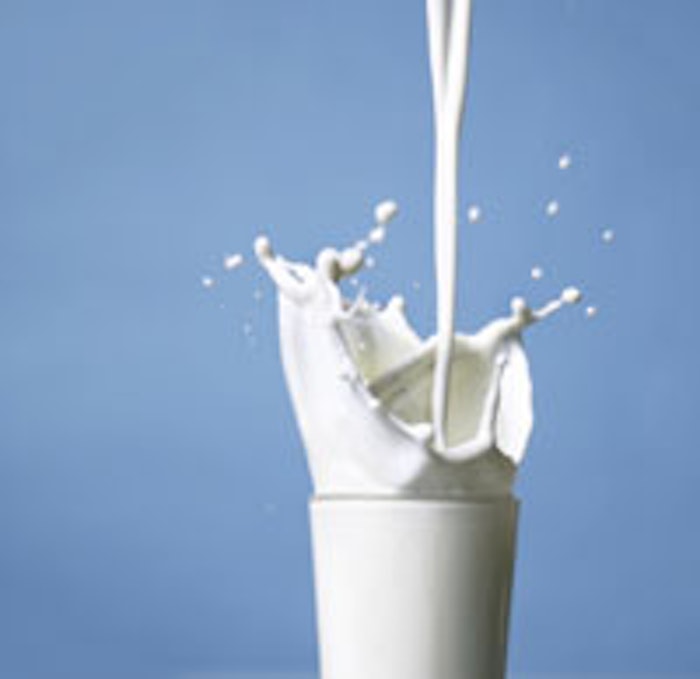 Review of 50 years of clinical studies indicates there may be a link between diet and acne after all. It's been a subject of debate for decades, but it seems diet really does have an impact on a person's complexion.

A landmark overview of research carried out over the past 50 years has found that eating foods with a high glycaemic index (GI) and drinking milk not only aggravated acne, but in some cases triggered it, too.

Millions of teenagers - and increasingly adults - are affected by the often painful skin condition which causes the skin to develop unsightly spots on the face, neck, chest and back. Could cutting out milk be the cure for those suffering with acne?

Acne is caused by a combination of the skin producing too much sebum and a build-up of dead skin cells which clog the pores and leads to a localized infection or spot. It is thought that excess sebum production is caused by hormonal fluctuations, which explains why around 80% of teenagers experience bouts of acne throughout adolescence. While there is no danger from the spots themselves, severe acne can scar as well as lead to anxiety, low self-esteem and depression.

Since the late 19th century, research has linked diet to acne, with chocolate, sugar and fat singled out as the main culprits. But studies carried out from the 1960s onwards have disassociated diet from the development of the condition.

Jennifer Burris, researcher and doctoral candidate within New York University's Department of Nutrition, Food Studies, and Public Health in Steinhardt School of Culture, Education, and Human Development, says, "This change [in attitude] occurred largely because of the two important studies that are repeatedly cited in the literature and popular culture as evidence to refute the association between diet and acne.

"More recently, dermatologists and registered dietitians have revisited the diet-acne relationship and become increasingly interested in the role of medical nutritional therapy in acne treatment."

Eating high GI foods - foods that are absorbed into the bloodstream quickly - is thought to have a direct effect on the severity of acne because of the hormonal fluctuations that are triggered. High GI foods cause a spike in hormone levels including insulin which is thought to instigate sebum production. A 2007 Australian study showed that young males who were put on a strict low GI diet noticed a significant improvement in the severity of their acne.

Milk is thought to affect acne because of the hormones it contains. A 2007 study carried out by Harvard School of Public Health found that there was a clear link between those who drank milk regularly and suffered with acne. Interestingly, those who drank skimmed milk suffered with the worst breakouts, with a 44% increase in the likelihood of developing blemishes. It is thought that processing the milk increases the levels of hormones in the drink.

The authors of the latest overview - published in the Journal of the Academy of Nutrition and Dietetics - say that dermatologists and dietitians should work together to design and conduct quality research to help the millions of acne sufferers.

"This research is necessary to fully understand the underlying mechanisms linking diet and acne," adds Burris.