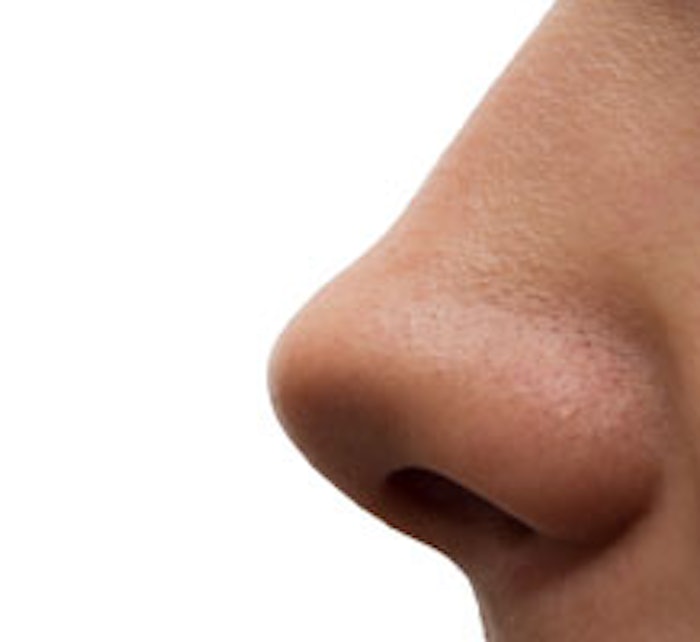 Bacteria found in the nose may be a key indicator for future development of skin and soft-tissue infections in remote areas of the body. Scientists have long known that a number of bacteria reside in the nose, and that those who carry the pathogen Staphylococcus aureus in their noses are at a higher risk for developing skin and soft tissue infections (SSTIs). However, until now, no one has been able to determine why some S. aureus carriers develop infections while others do not.

The nose is the primary S. aureus reservoir in humans and nearly 80% of the time, an individual's colonizing strain is the same strain that causes subsequent remote skin infections. Given this association, researchers at the F. Edward Hébert School of Medicine, Uniformed Services University of the Health Sciences, Bethesda, Maryland, postulated that the population of S. aureus in an individual's nose may harbor valuable clues regarding SSTI susceptibility that had not yet been described. This is of particular interest to the military, as it is well known that soldiers in training are at increased risk of developing an SSTI.

In research findings presented this week at the 114th General Meeting of the American Society for Microbiology in Boston, Massachusetts, Ryan Johnson, a graduate student, and his mentor D. Scott Merrell, PhD, an associate professor in USU's Department of Microbiology and Immunology, in collaboration with USU's Infectious Disease Clinical Research Program, collected nasal samples and cultures from 86 infantry soldiers at Fort Benning, Georgia. For those individuals among the 86 who developed SSTIs, the researchers also collected samples and cultures from within the soldiers' skin abscesses.

Using a high-throughput DNA sequencing strategy, the microbial composition of each sample was determined. The biodiversity of the bacterial population in each nose was compared between individuals colonized and/or infected with Methicillin-Resistant S. aureus (MRSA), Methicillin-Sensitive S. aureus (MSSA), and those individuals that were culture-negative for S. aureus. The researchers observed a significantly higher percentage of a type of bacteria known as Proteobacteria in the noses of individuals who did not develop SSTI, suggesting that Proteobacteria may, in fact, be protective against the development of SSTIs. Furthermore, S. aureus carriers had a unique nasal microbiome that differed from non-carriers. Establishing a nose "marker microbiome" associated with development of SSTI infections may pave the way for focused preventive treatments that target the microbiome, rather than S. aureus itself.

The scientists believe that this study will aid in the design of future prophylactic procedures that can help prevent SSTI, particularly in the setting of military training, and help influence how health care providers think about and treat these complex and diverse infections.