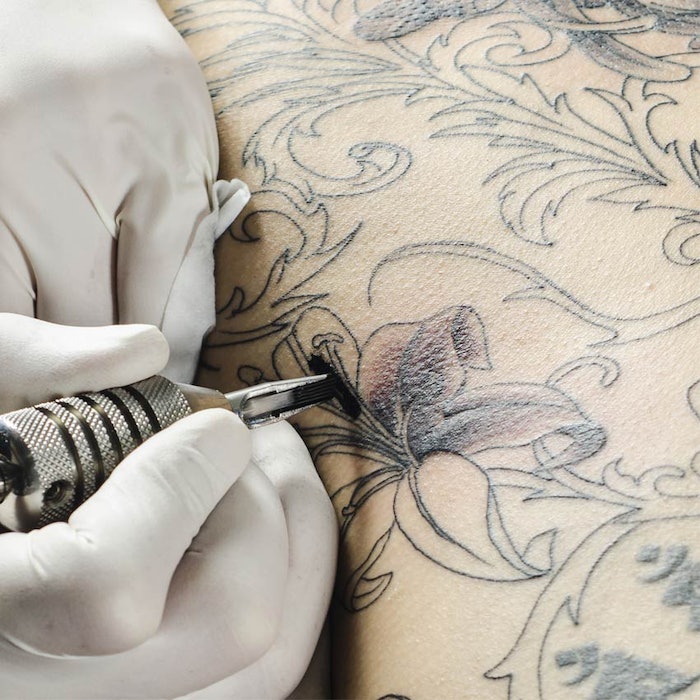 Hitting a "landmark" age is cause for drastic measures. For some, it's escaping to new places; for others, it's splurging on a sports car. For me, it was the tattoo I'd envisioned for years: a whimsical "tree of life" above my heart, with my son's name.

Now, it may come as a shock to those who know me; but this was not my first tattoo. I already had a smaller, cloud-entwined crescent moon on my back; but this one was larger and would be on my chest. It felt edgy and slightly rebellious—exactly what, I felt, a new decade deserved.

So much thought and work went into it; it's really my own private piece of art. However, I am sharing this story in light of recent news reports related to tattooing, specifically: research published in The Lancet examining the toxicology of tattoos.

Never, in all my planning and preparation for my tattoo, did I worry over ingredient safety or reactions. To me, these issues seemed unreal. Perhaps that's because I already had a tattoo, or because I've never had a bad reaction (to date). Yet, being privy to the cosmetics R&D industry, I feel these very real concerns are worth considering.

Ingredient safety and skin reactions relate not only to companies producing the pigments and inks used for tattooing, but also regulators, as well as skin care product manufacturers in general—after all, I apply sunscreen and moisturizer to my tattooed skin. There is also a large body of evidence that suggests compromised skin reacts differently to various topical treatments.

Let's take a closer look at The Lancet toxicology report. Published on July 23, 2015, authors Laux et al. discussed the potential toxicology of tattooing. According to the article abstract, tattoo-related health and safety regulations historically have focused on hygiene and the prevention of infections. However, tattooing has increased in popularity and "led to the development of many new colors, allowing tattoos to be more spectacular than ever before."

The authors add that little is known about the toxicological risks of these ingredients, and for risk assessment, the safe intradermal application of these pigments requires toxicity and biokinetic data, along with information about tattoo removal. Other concerns are for phototoxicity, substance migration and the possible metabolic conversion of tattoo ink ingredients into toxic substances.

In a related report from the Apex Tribune, Andreas Luch, M.D., senior author of the study and member of the German Federal Institute for Risk Assessment (Berlin), gave the statement: “Almost everybody these days has a tattoo, and nobody is talking about the side effects of ink deposits.” He added that no evidence has suggested these ink ingredients, when injected into the body, are safe. There simply is not enough data to reach a conclusion; this is due in part to tattoo inks being classified as cosmetic products in most countries.

What role does the U.S. Food and Drug Administration (FDA) play in regulating tattooing? According to the FDA website, ink and ink colorings (pigments) used in tattoos are "subject to FDA regulation as cosmetics and color additives." However, other public health concerns have held higher priorities, and there has been a lack of evidence of safety concerns—unlike other news reports over reactions to black henna; but that's another story. Therefore, the FDA has not traditionally regulated tattoo inks or the pigments used in them.

The agency notes it has received reports of bad reactions to tattoo inks just after tattooing or even years later, and some individuals report itchy or inflamed skin around their tattoos during the summer, when they have been exposed to the sun. The FDA also has warned against the use of certain inks found to be adulterated, and issued voluntary recalls, mainly due to microbial contamination.

For now, it seems all we "inked" consumers can do is watch for reactions—from both the NCTR and on our skin. Considering my first tattoo is almost 15 years old, my concerns at the moment are slight if any. However, like any researcher knows, you cannot rush good science. Only time will tell.