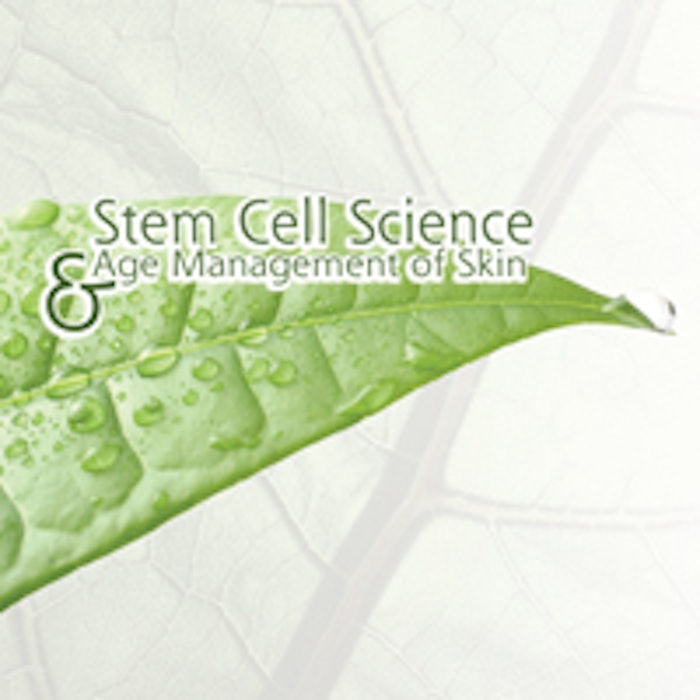 Editor’s Note: This article is based on a presentation that will be presented by the author at Face & Body Northern California, July 17–19, 2010, at the San Jose McEnery Convention Center in San Jose, California. To learn more about and register for this event, log on to www.FaceandBody.com/california.

“The development of cell lines that may produce almost every tissue of the human body is an unprecedented scientific breakthrough. It is not too unrealistic to say that this research has the potential to revolutionize the practice of medicine, and improve the quality and length of life.”

Fighting the skin-aging clock now requires more understanding of ingredient science and the anatomy, histology and physiology of the skin. Research in skin biology began charting an interdisciplinary approach to the skin sciences several decades ago, but the demand for anti-aging ingredients has driven the need for the progressive age management of skin to an all-time high. A recent study conducted by an independent survey reports more than 62% of women between the ages of 35–54, and more than 65% of women 55 and older, affirm that aging is their reason for using skin care products.1

It is unavoidable: Skin ages. The genetic answer to skin aging lies in the fact that each gene codes for a specific protein, and proteins determine how cells work. Proteins, such as collagen, provide bodily structure by connecting tissues and organs. In the case of skin, collagen acts as scaffolding holding up the skin, and keeping it smooth and wrinkle-free. Wrinkles are the benchmark of declining collagen levels and can affect all age groups when UV radiation assaults cells, breaking down DNA via the sun’s proton energy.

What are stem cells?

Stem cells are unprogrammed cells that can differentiate into a cell with specific functions. They are related to longevity and have a unique growth characteristic allowing them to make identical copies of themselves, as well as differentiate to become specialized cells. Stem cells have the capacity to replenish themselves through self-renewal, and the ability to generate differentiated cells. Each cell, whether stem cell or differentiated cell, has the same DNA—or genes—but a stem cell’s characteristic depends on signals from the microenvironment, such as neighboring cells that form a function. Principally, there are signals inside each cell that control its fate called epigenetic signals. They are tags on the DNA or surrounding histone proteins regulating the switching on or off of genes.

The most remarkable feature of cells is their ability to reproduce. Any cell is simply a compartment with a watery interior separated from the external environment by a surface membrane, which can be thought of as a plasma film, preventing the free flow of molecules in and out of the cell. The simplest type of reproduction entails the division of a parent cell into two daughter cells. This occurs as part of the cell cycle, a series of events that prepares a cell to divide followed by the actual division process, called mitosis.

High-tech plant cell cultures have been harnessed to protect skin stem cells based on the science of botanical wound-healing. To understand how these ingredients function, it is important to understand the relationship of the stem cell population with other cells of the skin.

The skin. The skin is the largest and most dynamic immune organ, made up of billions of cells playing a protective and esthetic role where aging is clinically evident via wrinkles. Two types of adult stem cells have been identified within the skin’s ecosystem: epithelial skin cells located in the basal layer of the epidermis, and hair bulge stem cells situated in the hair follicle.

The skin’s top layer, the epidermis, is a stratified epithelium housing terminally differentiated cells that shed by the millions daily from the skin, continuously delivering new skin cells. Because of this differentiating cell dynamic, the importance of stem cells in the skin is scientifically substantiated, enumerating their relevance to skin age management.

The role of the epidermis stems directly from the terminal differentiation of keratinocytes into corneocytes to form what is the visible skin. This dynamic and complicated immune organ interfaces with a hostile environment, and its uppermost layer, the stratum corneum, is subject to continuous abrasion by chemical and physical injury. The stratum corneum, an essential part of the epidermis, is the outermost skin layer at the environment interface. This skin layer is also the principal permeability barrier to transepidermal water loss (TEWL) and a major cordon to percutaneous absorption of topically applied compounds, such as botanical stem cell extracts. The degree of moisture in the stratum corneum is an important factor when evaluating skin function because loss of moisture is a major factor in aging skin. This detail is important to note when treating and managing photoaging skin because there is a significant correlation between TEWL and the percutaneous absorption of topical ingredients.

Why is TEWL an important measurement in aging skin? Water in the stratum corneum is a dynamic equilibrium between the underlying tissues and the environmental atmosphere. The intricate stratum corneum barrier constitutes 70% of the epidermis, which is continuously rehabilitated from the granular layer. This layer is the first victim of UV assault that eventually results in photoaging of the skin. To protect the epidermis against invasion of microorganisms and toxic agents, as well as the loss of indigenous fluids residing in the stratum corneum, the horny layer of the skin must be perpetually renewed. This is where stem cells play an important role.

Stem cells’ role in the skin. The stem cell, which is responsible for cell renewal replacement in the epidermis, is an intermediate between the keratinocyte stem cell and terminally differentiating cells. The stem cell is the amplifying cell that undergoes limited cycles of replication. One of the key questions in stem cell research has been how stem cells know when it’s time to stop reproducing. In some cases, stem cells seem to be able to divide into two structurally different cells; one that remains a stem cell and another, called a progenitor cell, that goes on to generate specialized cells. Details still remain unclear, so this area of research remains active, however the study with skin stem cells reveals important information about other organs of the body.

Researchers believe certain proteins and other signaling or controlling molecules are responsible for directing cell specialization, however they are still actively working to identify the specific molecules that control normal skin development. Scientists recognize skin stem cells are the decision-makers that direct the production of new skin cells, as is evidenced by the daily shedding of dead stratum corneum epithelium.3 If skin stem cells did not preside over and create skin cell replacements, they certainly would suffer a fateful demise.

Skin stem cells generate new skin to replace the cells lost every day and influence wound-healing. Skin begins with a single cell. One cell, dividing into two, then two into four and four into eight until there are billions of cells, patterned and diffuse, color-coded and clear, working-class and upper crust, ancient and young, defenders and helpers, assembled into a great, thriving mass that is a complete skin organ. And from this, millions drop from the skin daily and the replication process keeps new generations of cells in a replenishment course of action that can repeat itself more than 900 times during a life cycle of self-renewal.

Cell lineage. The formation of working tissues during the development of multicellular organisms depends in part on specific patterns of mitotic cell division. A series of such cell divisions similar to a family tree is called cell lineage, which traces the progressive determination of cells, restricting their developmental potential and their differentiation into specialized cell types. Cell lineages are controlled by intrinsic factors—cells acting according to their history and internal regulators—as well as extrinsic factors such as cell-cell signals and environmental inputs.

A cell lineage begins with stem cells. The stem cell name comes from the image of a plant stem, which grows upward, continuing to form more stems, while sending off leaves and branches to the side. The stem cell is as important to a differentiating skin cell as a branch is to a leaf. Healthy stem cells mean healthier, younger-acting skin.

With current applications for treating and managing aging skin, scientists are focusing their research on adult stem cells located in the skin and are studying the potential of this cell type, coupled with its function related to chronological aging to help understand how the skin’s aging clock can be reset.2 Epidermal adult stem cells replenish and maintain the balance of cells within the skin tissue, and regenerate tissue caused by damage from a variety of sources, such as the sun, injury and acne. Age is the major adversary, and it diminishes the number of skin stem cells, making their ability to repair the skin less efficient.

It is an anomaly among fruit, resisting typical oxidation due to its high tannin content and long-living stem cells. In order to use the stem cells from this apple, scientists had to extract tissue from the plant to create cultures called explants. The explants are then scratched to create miniature wounds to stimulate the stem cells within the cultured plant tissue. This action induced the formation of new stem cells.2

Biotechnologies of plant stem cell extracts also isolate the substances involved in the plant’s defensive ability against environmental, physical and biological stressors. Scientists in Switzerland studied the liquid cell cultures derived from their extensive study of the Uttwiler Spatluber apple and have found that the stem cells extracted from it can stimulate human stem cell growth and protect skin stem cells from death due to UV overexposure, neutralizing free radicals and reversing the effects of photoaging of the skin. Other biotechnological research in botanical stem cell research is emerging quickly in professional skin care to benefit the management of aging skin.2

This is an exciting time to be in specialized skin care as a new approach to age management is becoming available through the use of stem cells. Professional age management of skin is all about extending and preserving the life energy of skin cells to help yield results for younger-acting skin. Current applications for treating aging skin will continue to lead scientists to focus their research on adult stem cells located in the skin, and the continued study of these cells, their function relating to aging and how they helps reset the skin’s aging clock, is groundbreaking and revolutionary.