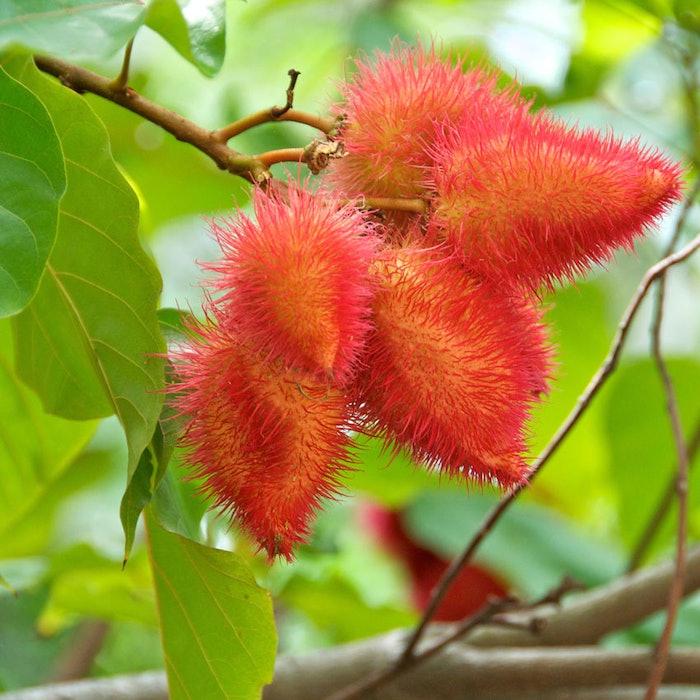 Researchers from the University of Arizona Cancer Center have discovered that annatto contains a compound called bixin that can prevent the development of certain UV-induced skin damage in mice by providing inside out sun protection.

Annatto is a bright, red-orange natural food additive derived form the seeds of the achiote fruit that is mostly found in food coloring, but is also used in Latin American cooking. Additionally, the U.S. Food & Drug Administration approved annatto as safe for human consumption.

The researchers injected bixin into mice and then exposed them to UV damage. Another controlled group of mice was also examined, but without the bixin.

The results showed mice injected with the bixin showed much less severe skin damage, which means the compound reduces the risk of cancerous skin cells by preventing UV damage from forming inside.

In future studies, researchers are looking to see if the same outcome can be reproduced in humans. If so, they suggest utilizing this compound as an ingredient in foods for an inside out sunscreen effect.

"We only know that our compounds can protect against sunburn through a very interesting, novel mechanism," explained Wondrak. "It helps cells to mount a stress response that protects them against skin damage by UV light: sunburn."