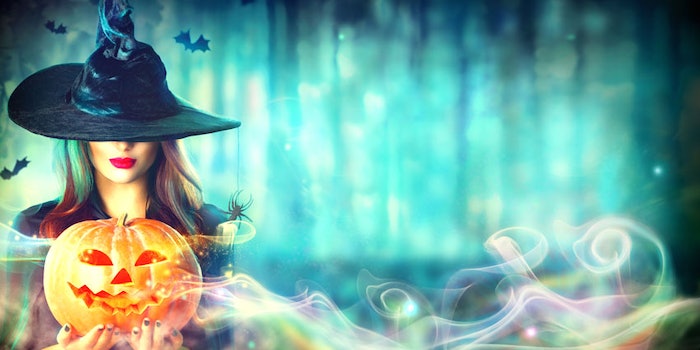 No need to grab any torches or pitchforks for this witch hunt, or more specifically, this witch hazel hunt. While witch hazel is no ordinary plant, it definitely has an interesting history and a lot of benefits for the skin.

While it does seem unusual that this golden flower only blooms in the dead of winter, Native Americans decided to use the plants medicinal properties for their benefit. From treating skin ulcers and sores to soothing sore muscles, witch hazel can actually be used for quite a lot.1

So, why give this medicinal plant the title of witch? It is believed that the name actually comes from when witch hazel was used for dowsing, a search technique for underground water. It was believed that when water was detected below the ground that the witch hazel stick would bend toward the earth. The actual name was believed to come from Middle English "wiche," from the Old English wice meaning bendable. Pliant twigs were preferred for dowsing, and early settlers often used witch hazel for this practice, which they often referred to as "water witching."

The Magic Uses of Witch Hazel

Besides its apparent ability to detect where settlers should build wells, witch hazel was also used for healing properties both topically and nutritionally.

Anti-inflammatory. Witch hazel includes anti-inflammatory properties like gallic acid and tannins, as well as antioxidants that can help to neutralize chronic inflammation.3

Acne fighter. The powerful anti-inflammatory and antimicrobial properties mentioned above, also help witch hazel treat acne. When used as a topical, it can act as an astringent to shrink the pores and contract the tissues while also being able to soothe the skin.3

Skin damage protector. As previously mentioned, witch hazel is rich in tannins, which has antioxidant properties that can protect the skin against damage like free radicals.3

Itch reliever. Whether it be from poison ivy or bug bites, witch hazel helps to soothe the skin and reduce itching and swelling.4

Redness reducer. Witch hazel is a vasoconstrictor, which means that it can tighten blood vessels to reduce redness in the skin.4

Besides the numerous topical uses, witch hazel can also be snuck into some witch's brew for healing a sore throat or easing some digestion distress. Brew up your favorite tea with a hint of this special ingredient, and it can help to ease some of these symptoms.5