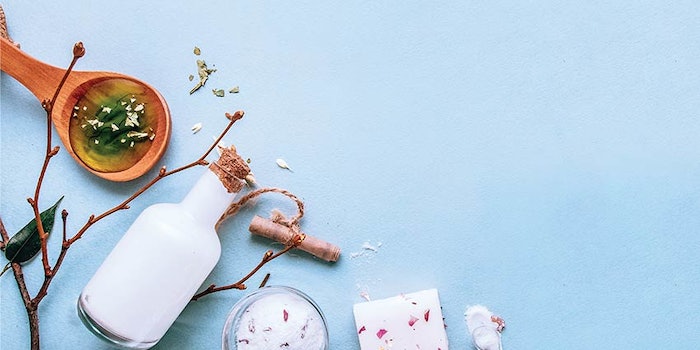 Goat's milk can improve the appearance of lines and wrinkles, prevent acne breakouts and brighten the complexion.
SI2204_JarDeconstructed-GoatMilk_FCX

Today’s skin care consumer has latched on to an ancient ingredient: goat milk. According to a report by MarketResearch.com, the goat milk cosmetics market is expected to grow at a CAGR of more than 7% between 2019–2025. While this is a niche segment, it is expanding with an increasing number of small brands entering the market, and enthusiastic consumers drawn to natural products with therapeutic properties.1

Awareness of the benefits of the ingredient also has grown, including its alpha-hydroxy acid content to improve the appearance of lines and wrinkles, prevent acne breakouts, brighten the complexion and even increase product absorption. As such, goat milk has high demand among aging as well as teenage consumers.1

The advantages of keeping goats as dairy animals were recognized long before recorded history.2 Goats (Capra hircus) were domesticated during the late Neolithic period of the Stone Age, approximately 10,500 years ago, primarily in the Middle East region known as the Fertile Crescent.3 Goats are mentioned many times in the Bible and even in Greek mythology, the infant Zeus was said to have drunk milk from Amalthea, his she-goat nurse and foster mother.

According to the American Dairy Goat Association, milking goats were originally brought to the United States by Spanish settlers, who distributed them in the Southwest and California during the 16th century. Goats also arrived with settlers on the East Coast at Jamestown and Plymouth Rock; they were carried on ships as a source of fresh milk.4

According to a review in the Journal of Dairy Science,5 goat milk has been an important part of human nutrition due, in part, to its similarity to human milk, softer curd formation, higher proportion of small fat globules and different allergenic properties compared with cow milk. In fact, according to one source,6 in the early 1930s, goat milk began to find a market as an alternative dairy product for individuals allergic to cow milk. The market grew even larger in the 1970s, alongside the back-to-earth movement.6

Continue reading about the skin benefits of goat's milk in our Digital Magazine...