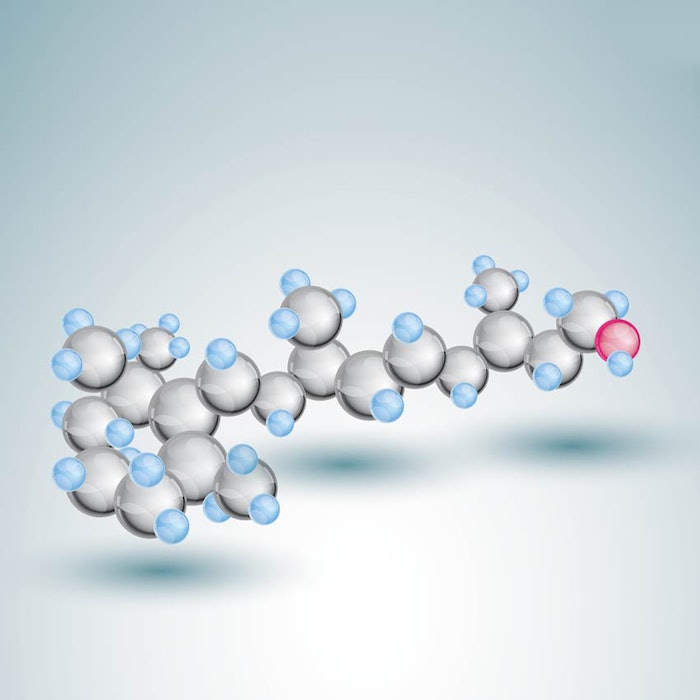 In the skin care industry, there is a constant stream of ingredient breakthroughs with the latest and greatest products promising to revolutionize skin rejuvenation. While there are a number of promising advancements coming down the pike, including some recently proven effective ones, the efficacy behind a formulation is not always clear.

Although the potency of the formula and the formulation’s brand influence a product’s quality, a formulation’s efficacy is also dependent on the quality of ingredients, how they are blended, the ingredients’ chirality (prounced kahy-ruhl-ity) and even how the product is used with other products. This article is going to focus on chirality, which surrounds us and dates back to the early 1800s, but is not often understood.

In its early days, chirality began with an observation in optical activity. It quickly gained notoriety in chemistry and pharmaceuticals1 when chemists learned they could improve the efficacy of a formula by isolating specific molecules. Chirality is also seen in nature since the beginning of time. Ingredients must be chirally correct, but before we address the why, we will provide some background on the science.

The term chiral is generally used to describe a molecule or material that is not superimposable on its mirror image. Hands, for instance, are chiral. Think about shaking someone’s right hand with your left hand—it does not quite fit.

Conversely, achiral describes a material or object identical to its mirror image. Interestingly, the term chiral is derived from the Latin word “chiro,” meaning hand.2

In nature, most molecules are chiral. It is a fundamental property of all carbon compounds, which are essential to life–all organic materials possess carbon atoms. Every carbon atom has four hands, each of which must be connected to another hand, i.e. carbon to carbon (C) or other elements like hydrogen (H), oxygen (O) or nitrogen (N).

If at least two elements attached to any single carbon atom are identical or symmetrical, these organic materials are defined as achiral. However, if none of the elements are identical, they are chiral. To delve even deeper, molecules have isomers (or enantiomers), each of which have rotating planes of polarized light. The molecules rotating this light clockwise are designated “D,” and molecules rotating the light counterclockwise are “L.”

Chirality is still commonly used in the pharmaceutical industry,1 where research shows single enantiomers of chiral molecules often exhibit greater potency in drugs and cause fewer side effects than most conventional drug molecules. This is because each enantiomer or isomer within a molecule typically produces two different results. When a formula or compound contains equal amounts of both isomers it may be ineffective or potentially toxic.

Chiral molecules are everywhere and as earlier noted, most of the molecules produced in nature are chiral. Human DNA, hormones, enzymes and the structural components of tissue, blood, hair and skin are all chiral. Naturally occurring amino acids (L), which are the building blocks of proteins, and sugars (D) are chiral. Some evidence shows amino ,/acids to be the first organic molecules produced on Earth.

Of the 20 amino acids important in human biology,2 all but one—glycine—are chiral. Amino acids are an essential part of skin care. They not only regulate skin’s melanin production (sun protection), but also prompt the skin to repair and renew, accelerate wound healing and increase skin elasticity.

Human skin is also chiral; therefore, it responds best to chirally correct ingredients and formulations, more specifically the correct isomer of the ingredient. For example, vitamin C contains two isomers (L and D), one produces great benefits for the skin (L-ascorbic), and another produces little to no effect (D-ascorbate). Through the science of chirality, these two isomers may be identified and separated, producing only the isomer with results.

Similarly, all the amino acids (L) in human cells are left-handed; no protein in the body will contain a right-handed amino acid. Sugars (D), however, are right-handed. Ingredients exfoliating the skin such as malic, lactic and ascorbic acid use L-isomers. On the flip side, ingredients strengthening, protecting and hydrating the skin, like tocopherol, beta glucosamine and fructan use D-isomers.

A product containing lactic acid, for example, may not deliver the maximum benefits associated with lactic—cell turnover, reduced aging and moisturizing—if it contains both the (L) and (D) forms. It is the (L) form giving lactic its rejuvenation characteristics.3

However, there are several chiral molecules requiring equal amounts of the left- and right-hand enantiomers. These are known as racemic mixtures and include ingredients like retinals and glycolic acid. This is why knowing ingredient levels and what was used in the base formula is important.

For ingredients to produce optimum results, being isolated to work with the appropriate isomers in human skin is a preferred outcome, rather than inundate it with both forms, which may lead to unwanted side effects or few results.

Similarly, when product lines are mixed and used interchangeably, it may become a challenge to control the outcome. Doing this often forfeits control, congruency, consistency and the ability to troubleshoot.

Since skin is a reactive mechanism, there are times it will not respond to treatments or daily skin care in the most ideal way. When this occurs, it is difficult to diagnose the cause of those reactions or responses when skin care lines are mixed. In some cases, certain lines simply do not match up well with others depending on the direction of the treatment. Extreme caution must be used when using active product lines when inducing a change in the skin, especially when introducing botanicals and other cosmetic applications to the mix.

Mixing regimens from one line to another may also be confusing to the client, sending the signal that any line will do for their skin. Many skin care formula creators develop their line with a general ingredient theme or way in which the products work together synergistically. Similarly, they may develop their protocols to work with their line. When lines are mixed, it is difficult to achieve optimum results. Keep in mind too, not all formulators consider chirality, as the cost of doing so remains a challenge for many product manufacturers. The esthetician is left, of course, wondering what ingredients blend well and can maximize results.

First and foremost, use caution when blending ingredients. Estheticians should have a solid knowledge on the ingredients being blended and be cautious for reactions. Also chirally correct ingredients should be blended with other chiral ingredients for the aforementioned reasons—it will provide greater control.

This said, there are several pro-youth ingredients, many of which are used in the treatment room already—stem cells, peptides, retinals, epidermal growth factors and AHAs—and may be boosted by coupling them with other active ingredients.

Retinals. Retinol has powerful regenerative benefits that may be enhanced when combined with a tri-peptide. This combination enhances retinol’s toning and firming properties and further stimulates the desquamation process. As you may recall, retinal is a chiral ingredient.

Another vitamin A derivative that may be blended to boost skin rejuvenation properties is retinyl palmitate. When teamed with flower acids ( second-generation AHAs) it creates a highly efficacious pro-youth formula, working well with nearly all skin types, particularly sensitive skins. Retinol with lactic acid (L) will also provide cell renewal benefits, while simultaneously delivering hydration and skin-strengthening properties to the skin.

Peptides. Peptides are chains of amino acids, which are chiral, as they are available with (D) and (L) forms. When blended with antioxidants, peptides create a powerful skin-building and fortifying formula, providing environmentally stressed, photo-damaged skin with toning, strengthening, moisture-binding and re-youth benefits.

Epidermal Growth Factor (EGF). This oligopeptide and vital protein found in the fibroblast cells of the dermal layer, stimulates collagen production, cell renewal, circulation and new blood vessel formation. When this chiral amino acid is used in tandem with retinal, the combination will speed the healing of skin and deliver a potent dose of antioxidants. EGF is one that may be used with numerous other pro-youth ingredients like enzymes and acids to continue the regeneration process, but also support healing and rebuilding.

Stem cells. On their own, organic stem cells extracted from certain botanicals support the rebuilding of damaged tissues, preserving lipids and increasing antioxidant activity. When this chiral ingredient is combined with retinal, the duo works in tandem to first break the skin down, then rebuild it to a more youthful state. With lactic acid (L), it creates a similar skin rejuvenation formula, increasing desquamation and hydration and refining fine lines.

Next time you build a pro-youth skin care roadmap for a client, be sure to spend some time looking at ingredient decks and science behind each formulation. Building the right mix may mean the difference between a successful re-youth program and one that yields little results for the client.2

Using the correct isomer of chiral ingredients will ensure the targeting of the right cells to produce the right results. Keep in mind, when formulations are free of dyes and fragrances, use quality ingredients and are partnered with chirally corrected molecules, they are powerful in skin rejuvenation–otherwise all you may end up with is an expensive compilation of ingredients.

Rhonda Allison is the founder and CEO of Rhonda Allison Cosmeceuticals and RA for Men. She is also an author and internationally known speaker with more than 30 years of esthetic experience and can be contacted at 866-313-7546 or via e-mail at information@rhondaallison.com.