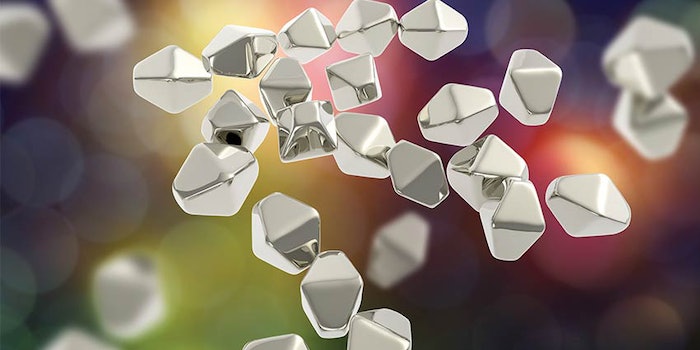 Synonymous with sun protection, titanium dioxide is known for its ability to absorb light in the UVB range (280-315 nm). It is frequently used in conjunction with a UVA absorber (315-400 nm), such as zinc oxide, to offer the wearer a full range of protection against UV damage. Sun protection only accounts for about 8% of titanium dioxide’s global use, however. Most of the material is incorporated into paints, varnishes, paper and plastics, which make up some 80% of its total consumption, according to Wikipedia.1

The utility of titanium dioxide is due to its high refractive index—i.e., its ability to bend or deflect light as it interacts with a surface or medium. This makes the material exceptionally reflective to visible light, appearing bright or “brilliant white” to the naked eye. As such, it is one of the most well-known and commercially important inorganic pigments, and is widely used to make paper, paint, pharmaceuticals, food, cosmetics, etc., appear white or opaque.2

Forged in Nature and 'Reef Safe’

Titanium dioxide, as its name suggests, is the naturally occurring compound formed when titanium reacts with oxygen in the air. It is a mineral found in the earth’s crust in three forms: anatase, brookite and rutile, which differ by crystal structure and number of titanium and oxygen atoms.2These forms also differ by density, hardness and refractive index due differences in their structure.

Continue reading about the skin benefits of titanium dioxide in our Digital Magazine...