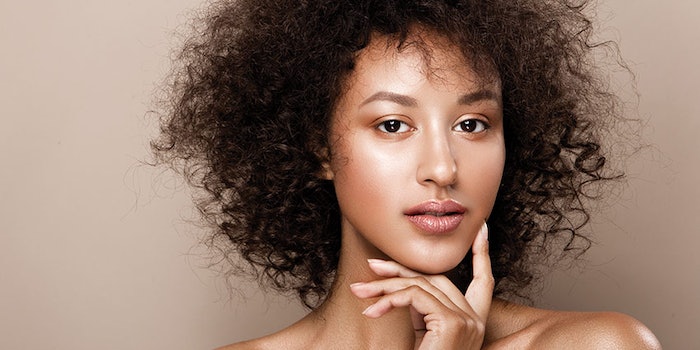 Skin has been subjected to all kinds of assault in recent months. The world pandemic has put it to the test; from actively fending off pathogens and finding balance beneath facial masks, to rebuilding and regenerating itself from excessive cleansing, scrubbing and sanitizing. In this setting, it seems quite appropriate that we consider polyhydroxy acids (PHAs) for skin care—they are next-generation skin care ingredients whose mild nature is safe for even sensitive skin types.

PHAs are chemical exfoliants, often used to remove the top cell layers of skin to refresh and rejuvenate it. The most common examples are gluconolactone and lactobionic acid.1 These materials are related to the well-known alpha and beta hydroxy acids; in fact, they are a later iteration of alpha hydroxy acids (AHAs).2, 3

According to Draelos,4 PHAs have the same molecular configuration as AHA but contain additional hydroxyl groups, which makes them larger and slower to penetrate5—and in relation, less irritating to skin.4 The extra hydroxyl groups also impart moisturizing and humectant properties,4 which added to their exfoliating benefits, provides anti-aging and skin-smoothing effects. Furthermore, they provide antioxidant effects, and reduce glycation and advanced glycation end products (AGEs).4

According to various sources, researchers Van Scott and Yu first identified AHAs in the 1970s, followed by PHAs in the 1990s. The two also reportedly1 went on to launch the skin care companies NeoStrata and Exuviance.

In relation, during her time as NeoStrata’s director of technical and consumer affairs, Barbara Green described the company’s AHA and PHA work in an interview with NuSkin.6 “AHAs were first discovered by Dr. Eugene Scott and Dr. Ruey Yu,” she said. “They were looking for natural, nontoxic compounds that could positively influence cell turnover and help regulate skin formation.”

She added that initial intent was to correct ichthyosis, which led to their first discovery of AHAs for photoaged skin. “Today, AHAs are recognized in the same category as retinoids and sunscreens as one of the few ingredient technologies with proven antiaging benefits.”

She explained how PHAs take the benefits of AHAs to the next level, and how the two relate. “PHAs … are a kinder, more gentle group of hydroxy acids that has been shown to provide exceptional skin benefits…a PHA is an AHA but slightly larger in size with more hydroxy groups (poly means multiple).” Examples she gave included sugar acids, i.e., lactobionic acid, derived from oxidized lactose (milk sugar); and gluconolactone, from oxidized glucose—a natural sugar found in the human body.

She added that lactobionic acid has an interesting film-forming effect due to its ability to bind water, which translates into a silky feel in products containing PHAs.6 Gluconolactone demonstrates highly moisturizing effects as well as antioxidant effects, and has been shown to nurture skin by enhancing its natural barrier function.6 Interestingly, according to Pubchem,7 besides its moisturizing, exfoliating and antioxidant activity for cosmetics, gluconolactone also is used as a coagulant in tofu processing, and serves as a pheromone for the Oriental cockroach.

Learn more about the skin benefits and uses of polyhydroxy acids in the spa in our Digital Magazine...