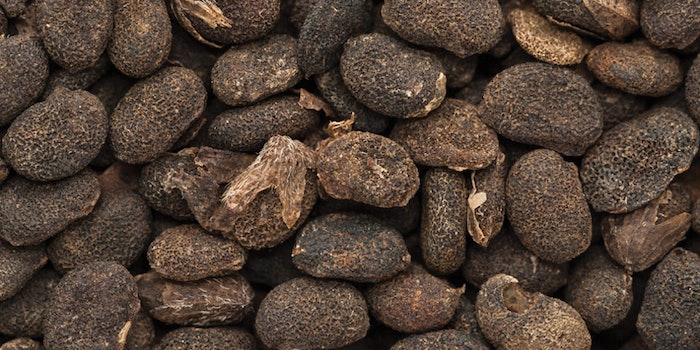 A person’s beauty, as we know, is more than skin deep—and the same holds true for many plants and botanicals. Bakuchiol, for example, is one of many chemical entities found naturally in Psoralea corylifolia, commonly known as babchi.1 The plant itself is a rather small, average-looking herb that grows natively on the Indian plains, especially in semi-arid regions, and throughout the Indian Himalayas. It is also widely distributed in China and Southern Africa.1

Within, however, this plant holds natural entities with powerful health and beauty benefits. Nearly 100 bioactive compounds have been isolated from the plant’s seeds and fruits, the most prominent being coumarins, flavonoids and meroterpenes; bakuchiol is one of these meroterpenes.2 The well-known herbal remedy has been used since ancient times in Ayurvedic and Chinese traditions to treat ailments ranging from alopecia, inflammation and leukoderma, to leprosy, psoriasis and eczema.2

Furthermore, bakuchiol inhibits the proliferation of certain cancer cells, including in the stomach, breast and skin.3 It can protect against bone loss and delay osteoporosis by exerting estrogen-like effects. It also reduces blood glucose and triglycerides, and could be used to protect against diabetes progression, among other uses.3

With reported antioxidant, antibacterial, anti-inflammatory and anti-aging activities,5 it is not difficult to envision how bakuchiol might apply to skin care. In fact, it has been shown to slow the signs of skin aging by preserving skin collagen3 and inhibiting melanin.5

Early studies had suggested bakuchiol to be a functional analog of topical retinoids, as it induced similar gene expressions. As such, bakuchiol was tested and found to be just as effective as retinol—with less skin scaling and stinging. For example, a study5 published in the British Journal of Dermatology showed that bakuchiol and retinol equally decreased wrinkle surface area and skin hyperpigmentation. The improvements in skin were significant—although not statistically significant from one another. Bakuchiol also was better tolerated than retinol.

The study6 showed bakuchiol to impart broad-spectrum antioxidant activity and to effectively quench various free radicals, in addition to inhibiting the degradation of skin lipids. The authors noted these findings aligned with similar reports in the literature.

Once again, bakuchiol demonstrated an excellent safety profile, as it was shown to be non-irritating and non-sensitizing based on human repeat insult patch testing.6

Another example from the patent literature7 describes an acne treatment including bakuchiol-containing hydrolyzed Psoralea corylifolia solubilized in a water-based gel or cleanser. In specific iterations, the bakuchiol is combined with ingredients including bisabolol, salicylic acid, benzoyl peroxide, tretinoin, retinol, tazarotene and/or an antibiotic, or combinations of these.7

Finally, bakuchiol has been found to act upon the NF-κB pathway to reduce inflammation. In the context of cardiac hypertrophy, research suggested bakuchiol could alleviate this condition;8 although other work found such effects to be inconclusive.4 Interestingly, however, the reported activity was attributed to the ingredient’s ability to block the activation of the NF-κB signaling pathway—which according to research published in Genes and Development, has been identified as the transcription factor most associated with mammalian aging; including photoaging.9 The same work9 also showed that inhibiting NF-kB promotes younger-looking skin.

Although bakuchiol is a buzzworthy ingredient in the skin care industry, it has not yet surfaced as a cornerstone ingredient in treatments menus. That doesn’t mean it is not being used there, as many spa product manufacturers are formulating with the ingredient. Rather, bakuchiol still hasn’t risen in the ranks with the likes of peptides, rose, lavender and stem cells as a marketable skin care ingredient.

Nevertheless, skin care professionals can find bakuchiol in a host of treatment and home care products, largely for the treatment of aging and acne. Sorella uses the ingredient in its Facial in a Bottle, an azelaic serum that reduces the appearance of hyperpigmentation, fine lines and wrinkles. Bakuchiol is tapped for its retinol-like activity. The company notes that the ingredient stimulates collagen, rebuilds the skin and controls oil without the peeling of its counterpart.

I’m Fabulous Cosmetics formulates with bakuchiol in its Retinol Cream Organic. In the product, the company uses plant sources of retinol such as rosehips in addition to plants with retinol-like activities such as bakuchiol. The company notes that bakuchiol is an ayurvedic oil that helps calm and soothe skin inflammation. It also works to correct dark spots and skin imperfections.

Bakuchiol is incorporated in Vanda Skin's Skin Lover, where it is combined with antioxidants and anti-inflammatories as an essential co-factor for antioxidant enzymes and to provides protection.

The ingredient is also included in PCA Skin’s Intensive Clarity Treatment, along with retinol and salicylic acid. The product uses bakuchiol to complement retinol in fighting breakouts.

So as it turns out, once again, Mother Nature has cultivated solutions to various skin afflictions; one only has to look beyond the surface.

a Sytenol A (INCI: Bakuchiol) is a product of Sytheon Ltd., USA.

Bakuchiol is a meroterpene from the babchi plant (shown above).

Bakuchiol is said to have activity similar to retinol.