A Closer Look at IPL and Lasers 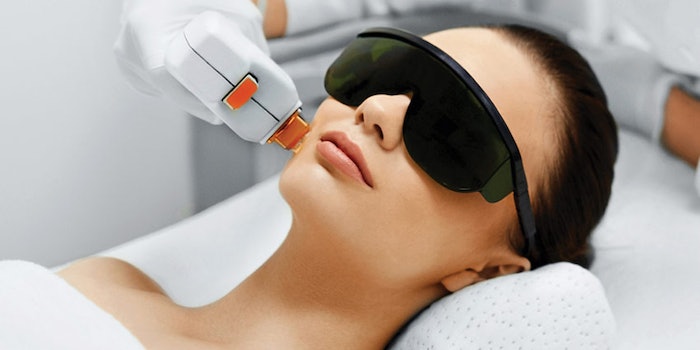 Lasers and light therapies are among the most commonly used devices in the esthetic industry. Modern day usage of light has broadly expanded the range of cosmetic medical treatments. They can be used to treat a variety of skin concerns including discoloration, vascular lesions, uneven texture including fine lines and wrinkles, acne and excess hair growth, as well as the removal of unwanted tattoos. There are three main types of light therapy used in esthetics: LED, IPL and lasers. We will focus on IPL and laser treatments performed in a medical setting.

To understand how lasers and IPL work, you need a general understanding of light. Light behaves as both a particle and a wave. Particles (photons) moving at the speed of light have a frequency and wavelength. Light is divided into categories of visible and non-visible, which together comprise a portion of the electromagnetic (EM) spectrum.

The EM spectrum is the range of all frequencies of EM radiation. The entire spectrum consists of gamma rays (the shortest wavelength), x-rays, ultraviolet, visible light, infrared, microwave and radio waves (the longest wavelength). A wavelength is the measure of one peak or crest to another in a wave. Wavelengths range from very small (about the size an atom’s nucleus for Gamma rays) to very large (the size of mountains for radio waves). The shorter the wavelength, the more energetic a wave becomes.

Radiation across the EM spectrum is ultimately divided into two categories: ionizing and non-ionizing. Ionizing radiation including gamma rays, x rays and UV rays have enough energy to remove electrons from an atom, leaving it with a slightly negative charge. This is what some people think of as “radiation.” Overexposure to these energies has the potential to cause harm. Non-ionizing radiation makes up the rest of the EM spectrum and is considered safe.

Intense Pulsed Light (IPL) targets multiple wavelengths in the visible light and infrared spectrum, as opposed to lasers that are directed at one specific wavelength. IPL is commonly called photorejuvenation since the multiple wavelengths can target various chromophores with a single setting. IPL can be used for many of the same conditions as lasers, but it delivers less energy to each specific wavelength or target. Picture a flashlight pointed at the wall (IPL) compared to a laser pointer (lasers). The flashlight covers a larger area whereas the laser pointer is focused at a specific area. That is not to say that lasers cannot treat multiple conditions, but they are more direct.

IPL is most commonly used to reduce hyperpigmentation, diminish red blood vessels and subsequently improve the appearance of the skin quickly with no down time. IPL can also stimulate collagen with the heat it produces, although consensus opinion insists that longer wavelengths and resurfacing lasers are more effective for this indication. Other conditions treated with IPL include hair reduction, sun damage, flushing associated with rosacea, poikiloderma (characterized by vascular lesions and red or brown pigmentation), acne and telangiectasia. IPL can be performed on the face, décolleté, arms, hands and back.

Laser is an acronym standing for Light Amplification by Stimulated Emission of Radiation. Lasers are unique in that while conventional light photons are released randomly, laser light is highly organized so that each emitted photon follows a predetermined course. Additionally, regular light itself is projected without any specific direction, whereas laser light is projected as a compact beam with definite direction. Laser lights are considered monochromatic because they are comprised of only one wavelength or color on the light spectrum. This is accomplished by using a specific lasing medium, which can be a gas, metal, solid or liquid. The laser medium determines the wavelength to be emitted. So, when you hear of an Nd:YAG laser, that is the crystal in the optical cavity that determines the wavelength at 1064nm.

The light energy produced is directed to specific targets or chromophores, which are chemical groups capable of selective light absorption. Common chromophores for esthetic laser treatments are melanin for hyperpigmentation and hair reduction, oxyhemoglobin for vascular lesions, ink for tattoo removal and water for resurfacing. Once the light is absorbed by the target, it triggers a reaction.

There are several types of lasers available in esthetics. There are also several devices that have multiple modalities including varying wavelengths to help with customizing esthetic treatments. The type of light modality or wavelength to be used is the first consideration when performing a treatment.

Visible light and near infrared lasers (400-1064 nm) come in different wavelengths to attract different chromophores such as melanin and oxyhemoglobin. They can also be used to target P. acnes bacteria, stimulate collagen and remove tattoos.

The argon laser (488 nm), for example, produces wavelengths in the blue-green spectrum and targets melanin and oxyhemoglobin in blood. Argon lasers are used to treat skin disorders such as hemangiomas, superficial spider veins and rosacea.

Potassium titanyl phosphate (KTP) lasers (532 nm) emit green wavelengths with energy that is selectively absorbed by the melanin that causes pigmentation, as well as superficial vascular lesions. This laser is used to treat conditions such as sunspots, broken capillaries, rosacea and keratosis and has been researched in the treatment of acne vulgaris.

Pulsed dye lasers (585-595 nm) produce yellow wavelengths that are delivered in short flashes. This light is absorbed by the hemoglobin in the blood and produces damage with heat. Accordingly, these lasers are often used in the treatment of vascular lesions such as port wine stains and hemangiomas, as well as hypertrophic scarring.

Ruby lasers (694 nm), were initially used for hair reduction upon first development, until more advanced applications were conceived. The ruby laser was commonly used for reducing pigmentation and is currently used in high energy rapid pulses to remove tattoos and dark pigmentation.

The alexandrite (755 nm) and diode (800–900 nm) lasers are past the visible light spectrum in the near infrared portion of the spectrum. These two wavelengths are most commonly used for hair removal due to their ability to target pigment with a longer wavelength that reaches the follicle base.

The Nd:YAG (1064 nm) laser, also in the infrared spectrum, is capable of treating many skin concerns because it targets both blood and pigment. More common uses for the 1064 nm wavelength are hair removal for darker skin types, deeper vessels like varicose veins and collagen stimulation. The Nd:YAG laser targets deep into the dermis, making it a superior treatment for stimulating collagen production. Also, the longer wavelength decreases the chance of post-inflammatory hyperpigmentation, which makes it safer for hair removal on higher Fitzpatrick types.

Laser resurfacing is most commonly used to treat fine lines, wrinkles, large pores, acne scarring and to produce skin tightening. Removing the outer layers of the skin creates a wound response, resulting in collagen production that ultimately strengthens the structure of the dermis. Similar to visible light lasers and IPL, pigment and some vascular lesions will be removed by the heat created. Although resurfacing treatments are considered more aggressive due to the associated downtime, this type of laser treatment is typically considered first when a patient’s ultimate goal is to improve their skin texture and simultaneously tighten the skin. Skin resurfacing with lasers can range from superficial to deep, with several points in between. Resurfacing lasers are attracted to water in the skin.

There are two main categories of resurfacing lasers, ablative and non-ablative.

Ablative lasers heat the water to a boiling point, thus vaporizing skin cells. The most commonly used wavelengths for ablative laser treatments are the Er:YAG (2,940 nm) and CO2 (10,600 nm). The application of ablative lasers results in a “controlled burn,” which is limited to the outer layers of the skin. This is considered ablative because the outer layers of skin are being destroyed. If the treatment is aggressive, the underlying skin is left raw, uncovered and unprotected. The skin typically becomes erythematous (red) and weepy following the procedure. It is important that the patient agrees to post-treatment instructions. As the wound heals, new skin regenerates and new collagen is laid down in a more orderly fashion. This ultimately results in a thickening of the dermis and the epidermis. Damaged tissues are removed, and sun-induced pigmentation is greatly reduced.

Traditional ablative lasers have fallen out of favor due to the high chance of complications that can occur if the patient doesn’t follow post-treatment instructions. Another option for ablative resurfacing would be the use of a fractionated CO2 laser. The laser beam is fractionated, resulting in an even distribution of focused energy. The goal when using this type of laser is to remove portions of the skin, leaving healthy skin behind and expediting the healing process. The ability to leave intact skin untreated results in fewer complications with more consistent results and reduced down-time.

In non-ablative resurfacing, the water within the skin is heated, causing coagulation (the clotting of small vessels that supply nutrients to the skin), which will eventually lead to the desquamation of skin cells—in other words, the natural removal of these cells by the body. There are also fractional non-ablative lasers that are still used for skin resurfacing. In this case, the light energy heats up portions of the skin as opposed to removing them. There are numerous non-ablative lasers available with varying wavelengths, pulse modes, pulse widths and light delivery. As with all esthetic treatments, it can be hard to decipher which type of resurfacing laser is best for your practice.

The spectrum of light therapy treatments available is pretty large; this is just a quick breakdown of IPL and laser. As estheticians, even if regulations don’t allow you to perform these procedures in your state, it is helpful to have a general understanding of the types of light therapy available to clients so that you can direct them to the best treatment to meet their needs. To perform these treatments, it is important to get advanced training that includes light physics and safety. 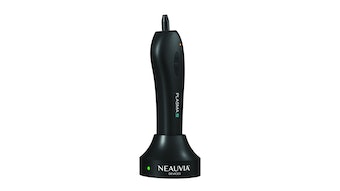 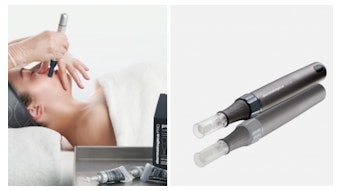 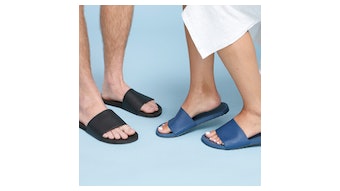 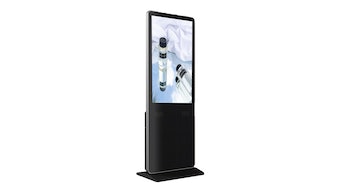 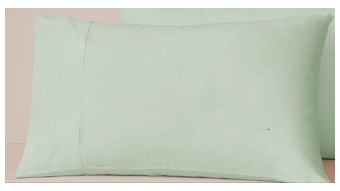 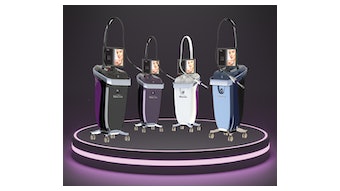 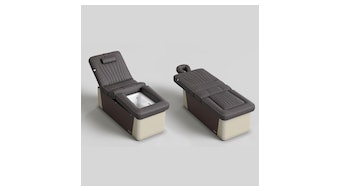 This multifunctional solution for spas operates as both a massage table and a pedicure station.
Sep 21st, 2022 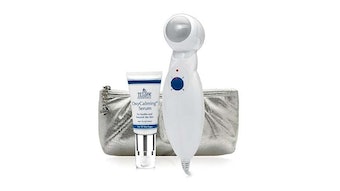 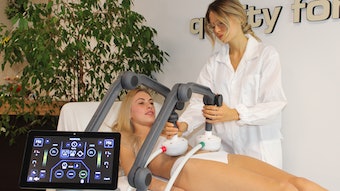