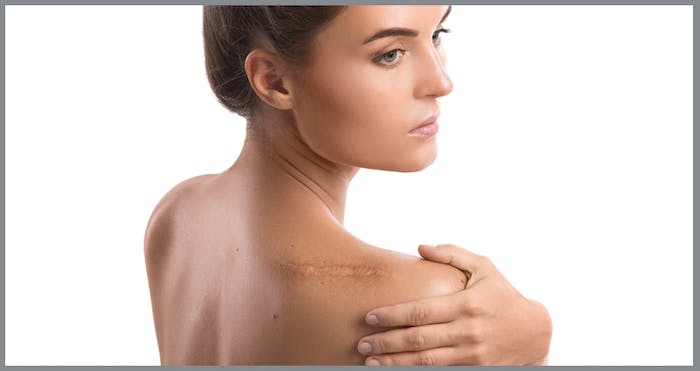 For decades, estheticians have been reluctant to take on the challenge of working to reconstruct a facial or body scar. This uncertainty may come due to the fear of contraindications or the assumption that there could not be much result without a medical surgeon or dermatologist.

However, nearly all scars can be addressed to a large degree of success by professionally trained estheticians, if their clients are able to commit to consistent treatments and home care regimens. First let’s look at how scars are formed and the general types you will be confronted with.

How are scars formed? 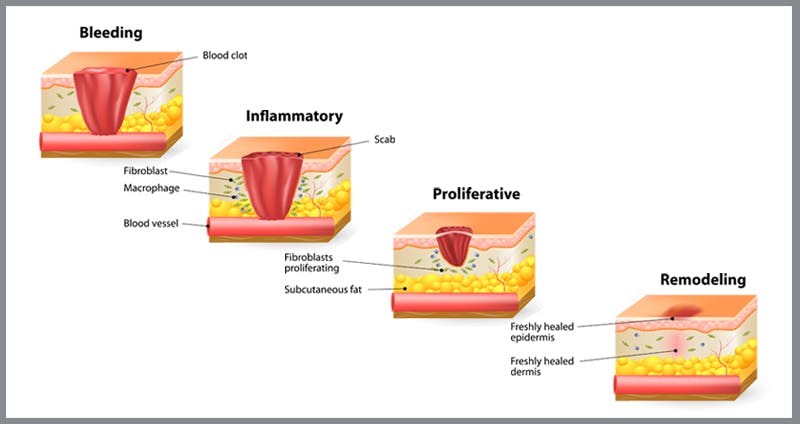 Scars are formed via an accelerated rate of new skin cells rushing to the surface to heal a breach in the tissue to prevent ulceration or sepsis. All cell proliferation has a rhythm of arrival at the site of injury, insuring a smooth and natural remodeling of tissue. If they arrive too fast, a hypertrophic, linear or keloid scar will form (raised). If they arrive too slow, then a cuneiform (acne) scar appears.

{To maintain this natural defense rhythm, several “policemen” of the skin must be working at full strength and in tandem.}

Desmosomes; these are the little bridges that link new cells together in the Stratum Spinosum that will lift at specific points regulated to the injury and release new cell “workmen.” 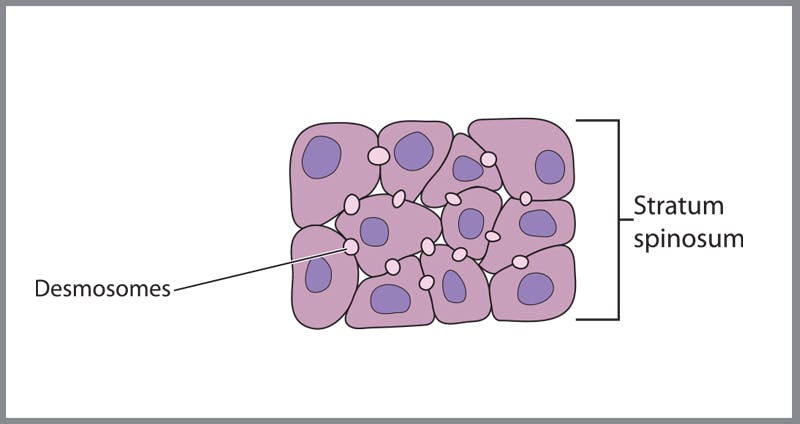 They begin their journey at a certain rate, joined by other “workers” released by the enzyme collagenase, whose job it is to determine how many new collagen fibers are sent along.

They all arrive at the site where Mr. Langerhans Cell stands. His (Mr. Langerhans Cell) multiple dendrites (arms) are spread out like a car park barrier, slowing down the invasion, lifting an arm here and there to regulate the speed of the eager little cells entering the epidermis.

But, let’s say the skin is bombarded by a big trauma such as an aggressive peel or over-zealous machine. The desmosomes all start lifting at once, new cells rushing willy-nilly to the surface with no time sequence.

Also, in this scenario the client is on Accutane, so their enzyme collagenase is destroyed, and an over amount of collagen fibers are released-joining the mad dash for the surface.

The last chance for any regulation to be maintained is indeed Mr. Langerhans Cell, and he is weak, his arms with its toxin eating macrophage at the ends are hanging down. The hoard rushes through and starts building new tissue without a floor plan, proteins being thrown around at random and the result is an irregular pile of new tissue…a scar.

Removing an existing scar takes a long time. Certainly, we must remove most of the excess tissue without causing more trauma, but we also must rebuild the underlying epidermis by regulating the cells rhythm, reinstating collagen proliferation at the proper rate, calming down the desmosomes and strengthening the Langerhans’s as the most important factor in remodeling tissue.

Simply rubbing creams or lotions on the skin surface will not remove or reduce scars. Scar tissue like normal skin can be softened, partially removed and depigmented to a large degree. To revise scarring, we must remove and rebuild at the same time.

Multiple peelings or subjecting the scar to multiple microneedle stamps is NOT the answer.

Scar revision? Yes! It can be done. We have performed many successful scar revisions globally for over 40 years—but it is through various modalities and hard work that changing your clients’ lives will be achieved. 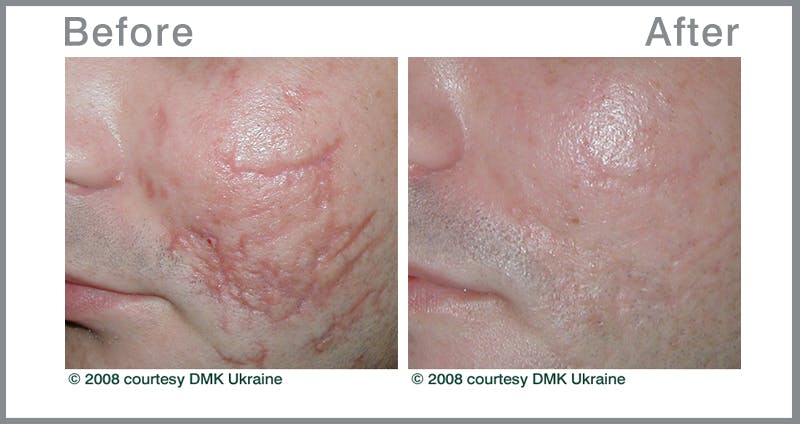 The above paid-for content was produced by and posted on behalf of the Sponsor. Content provided is generated solely by the Sponsor or its affiliates, and it is the Sponsor’s responsi­bility for the accuracy, completeness and validity of all information included. Skin Inc. takes steps to ensure that you will not confuse sponsored content with content produced by Skin Inc. and governed by its editorial policy. 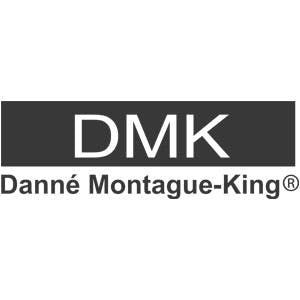