Caffeine Shown to Act as a Sunscreen in Mice

Caffeine acts as a sort of "sun screen" when given to mice before their skin is exposed to and damaged by ultraviolet B (UVB) radiation, and this ultimately prevents the development of skin cancer, according to researchers.

In the current issue of Cancer Research, the investigators also describe the mechanism that may be responsible for this protection. Specifically, caffeine triggers a process by which skin cells containing irradiation-damaged DNA are removed. Thus, these defective skin cells cannot reproduce and become cancerous.

Conney of Rutgers, The State University of New Jersey, in Piscataway, and colleagues supplied animals with caffeine in their drinking water for one to two weeks before UVB exposure. The caffeine concentration led to blood levels comparable to that achieved in humans after three to five cups of coffee per day.

The team also determined that caffeine applied in a cream or gel directly to the skin immediately after UVB radiation exposure caused the death of DNA-damaged skin cells as well.

"We believe that these results will extrapolate to humans," continued Conney, "but clinical studies need to be done." He pointed out that previous "studies indicate that coffee or tea drinkers have a lower risk of nonmelanoma skin cancer." 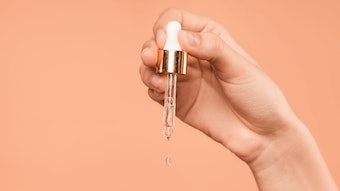