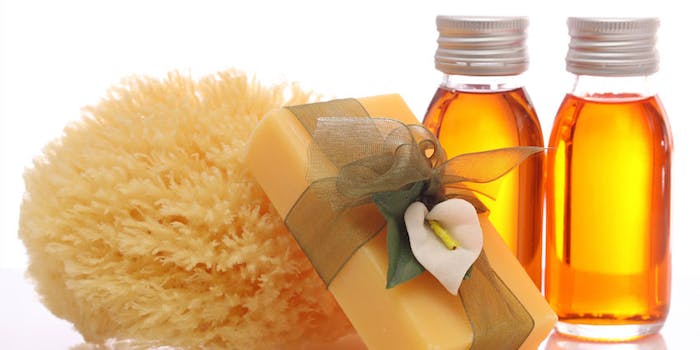 Far back in history live the mysteries of the once existent dinosaurs, yet evidence reveals that their presence is still very much alive in the Australian emu birds. Emu, the second largest flightless bird in the world and part of the ratite bird family, have many similarities to the theropod dinosaurs. Some studies suggest that emu are a transitional species between a dinosaur and a bird, raising the possibility that the healing powers of the emu date back to the Mesozoic Era.

For hundreds of years, the Australian aboriginal people have utilized the benefits of emu oil for medicinal purposes. Emu birds are harvested for nutritional purposes, and the oil is a byproduct that is derived from the stored fat layer. The fat goes through a purification and refinement process, and is then converted to a hypoallergenic and odorless oil. The oil can maintain stability and shelf life for at least two years.

Emu oil is rich in monosaturated and polysaturated fats that are high in omega-3, omega-6, and omega-9. Because of its health benefits, it can even be considered a topical nutritional supplement.The characteristic fat content of emu oil makes it uniquely similar in composition to that of human fatty tissue, enabling easy and swift topical assimilation. Emu oil is abundant with essential fatty acids, antioxidants, carotenoids and flavonoids that work effectively to restore, stimulate and beautify the skin.

Emu oil is an excellent natural remedy that promotes healing, calming any injury or irritation related to erythema, which is redness that can occur on the surface of the skin. The skin cells in the lower layers of the dermis, especially the subcutaneous layer, are surrounded by fatty tissue, much like that of the emu. Emu oil can swiftly penetrate up to 3 inches deep into the dermal layers because the skin recognizes it as a familiar substance.

Once the oil is absorbed, the anti-inflammatory properties of linoleic (omega-6) fatty acid enable a calming, pain-relieving effect. In one study performed at the Harner Burn Center in Texas, emu oil was used to treat burn victims only on one side of their body. The study showed that there was faster healing and scar reduction compared with that of a common burn ointment. Emu oil played a significant role in soothing and calming the areas, reducing inflammation and improving skin moisture levels that facilitated an accelerated the healing process.

Many skin disorders are accompanied by inflammation, rashes, and uneven skin texture. Emu oil soothes the skin, lessening dermatitis-related redness and irritation.The sapogens concentrate on softening the skin, which disturbs the hard scaly patches that develop as a result of psoriasis. By reducing inflammation and alleviating dry skin, emu oil relieves skin itching and can positively affect the conditions of eczema, dermatitis and psoriasis.

Emu oil contains high concentrations of oleic acid (omega-9) and palmitoleic acid (omega-7), which play a significant role in boosting cell production and regeneration. With the increased cell turnover rate, skin can better repair itself. In a study that was published in Dermatology Research and Practice, findings revealed that when emu oil was topically applied to skin burns, the healing process was slightly delayed, but had an overall progressive effect on restoring the skin. Emu oil encourages tissue fiber proliferation and increases collagen production, aiding in the healing of wounds and scars.

Emu oil does not clog the pores. A small amount of the oil goes a long way. It goes on light and absorbs instantly. It is a non-irritating ingredient, and is gentle on even the most sensitive skin. As acne heals, there is a risk for blemishes and scarring. Emu oil assists in the healing process, and reduces the accumulation of cells that encompass emerging scar tissue. Terpenes, found in the oil, further battle with acne related infections because of their antimicrobial benefits.

Studies have shown that regular use of emu oil can increase skin thickness by two to three times. The oil entraps and holds moisture for long periods of time because of the emollient action of palmitic fatty acid. Emu oil also helps oxygenate skin cells. These combined efforts plump the underlying layers of skin and enhance skin elasticity and thickness.

Emu oil is rich in vitamin A, a type of carotenoid. Through its considerable amount of antioxidants from vitamin A and vitamin E, emu oil can effectively repair skin damage. Age spots and hyperpigmentation develop as humans get older due to overexposure to ultraviolet radiation or other melanocyte stimulants, such as hormones.

The increased melanin in localized areas of the skin is responsible for the dark spots that develop on the surface of the skin. The restoring qualities of oleic acid (omega-9) and the plethora of antioxidants can easily penetrate into the dermis. Application of emu oil increases the rate of cell renewal of the unhealthy pigmented tissue, resulting in the reduced severity of age spots.

Emu oil moisturizes and nourishes the skin, acting as food for the cells deep in the dermis. With unparalleled transdermal capacity, emu oil heightens the potency of any skin care formula. It contains myristic and stearic fatty acids, which are natural emulsifiers, allowing the collaboration of oil- and water- soluble substances.

Emu oil functions as a powerful delivery system—it is able to penetrate through all the layers of skin. As it passes through, it carries along all the nutrients and contents of the oil itself and any other ingredients present. It easily facilitates the penetration of either water or oil soluble substances.

Emu birds are known for having a strong and resistant immune system after having to adapt to the extreme climate in Australia. Application of emu oil improves skin quality and health, strengthening the skin’s overall immunity. The oil is loaded with flavonoids, which are abundant in antioxidants working to defend the skin against environmental stress. It is a natural skin protectant against harmful ultraviolet rays. Although emu oil is not an antibacterial, it does have anti-septic benefits from the terpenes. The oil may not be able to destroy the bacteria, but it stunts potential bacterial growth and reproduction by creating a protective barrier on the skin.

The intense nourishing action of emu oil is not only favorable for the skin on the face. It is equally conditioning and moisturizing for the scalp. It is also great for relieving itching related to dry scalp. The joint strength of hydration boosting palmitic fatty acid, omega 3, 6, 7 and 9 facilitate optimal scalp replenishment.

Application of emu oil to the scalp rouses cell restoration around the hair follicles that can potentially stop hair loss and assist in the growth of new hair. The heightened epidermal hair follicle activity fortifies the development of new and healthier hair keratin. To achieve optimal hair growth results, emu oil would be most effective when it is incorporated in products with other scalp-stimulating ingredients that have vasodilation properties or a  dihydrotestosterone (DHT)-blocking effect linked to pattern balding.

Use in the Spa

A treatment containing emu oil is ideal in the post care of harsh procedures, such as chemical peels, dermabrasion and needling because it reduces itching, redness, peeling and scaling. Emu oil would make a dramatic difference in any dry or dehydrated skin-replenishing facial. It works as a transdermal vehicle, getting all the ingredients faster and significantly deeper into the dermis. Any product formulated with emu oil becomes more potent.

Products with emu oil would be preferential for clients hoping to achieve faster visible anti-aging results. Emu oil has become a modern-day gem in the beauty and wellness industry. It is a remedy that dates back to an era even further back than the existence of humans, yet it is still relevant today. It is most beneficial in encouraging healing, repairing and promoting skin and hair health. Emu oil supports wellness from the outside-in, supplying nutrients to cells in the lower skin layers by way of its phenomenal transdermal delivery system. 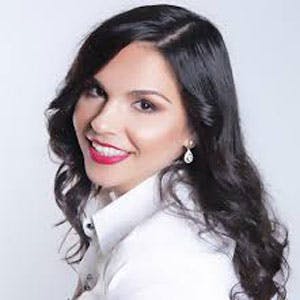 Victoria Tabak, L.E., MBA, is a licensed esthetician in two states and president of Nature Pure Labs. She began her involvement in the beauty industry early in life and now has more than 18 years of experience along with a master’s degree in business, minoring in chemistry. For over a decade, she has taught classes on emerging breakthroughs in the anti-aging skin care industry and has inspired many.