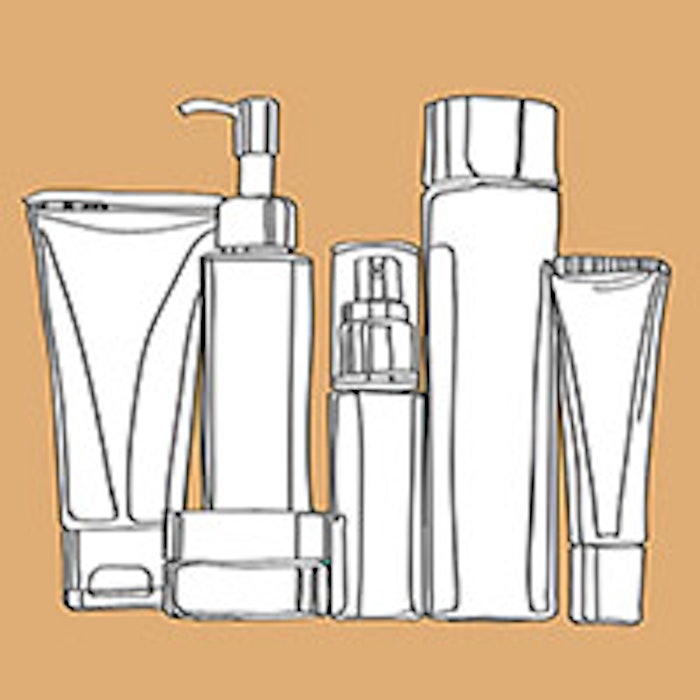 Comedogenicity in cosmetic products has been studied for decades, but it has been a particularly hot topic the last few years. Clients and skin care professionals alike search through ingredient labels looking for terms such as “noncomedogenic” or “nonclogging,” hoping it will do no harm to acne-prone skin. But what does this term really mean and does it have validity? A closer analysis reveals that comedogenicity is a complicated and highly debated issue.

The process of clogging

Simply put, a comedogenic ingredient means that it clogs pores. It does so by increasing follicular hyperkeratosis—an increased production of keratin in hair follicles. Over time, this leads to clogged follicles and comedones. This doesn’t always happen quickly, and it can take months of using a comedogenic product before clogging is noticeable. Individual skin chemistry can determine the extent of an ingredient’s comedogencity, so it is highly variable between people. One client may have no reaction, while another may have excessively clogged pores in a few weeks. Even ingredients that are not typically comedogenic can become so by a person’s own unique skin enzymes. Human sebum is naturally comedogenic, so even if clients who are prone to clogging avoid all likely comedogenic products, they are not necessarily guaranteed protection against comedones. If this is the case, how do skin care professionals know if ingredients are playing a role in their clients’ clogged or acne-prone skin?

Although there is no definitive way to test for comedogenicity, the rabbit ear test has long been the gold standard. This test was originally used to assess the dangers of industrial chemicals in the 1950s and then entered the world of cosmetics in the 1970s. Rabbit ears were found to be more sensitive than human skin and also responded much more quickly to comedogenic ingredients. Follicular hyperkeratosis could be seen in a matter a weeks versus months.

Today, comedogenic testing is also done on human subjects. This is particularly important, because animal testing is losing favor with consumers. These tests are often done in third-party labs, and each lab performs the test differently. Generally, 10–30 subjects receive patch applications that are tested against a positive control of a known comedogenic ingredient and an untreated site as a negative control. Sites are often chosen on the back; however, this varies by lab. At the end of the testing period, a surface biopsy is conducted, and the cells are then analyzed under magnification. Testing commonly runs for a time period of 4–8 weeks. Testing parameters can also be customized for the manufacturer.

The primary issue when it comes to determining whether or not an ingredient is comedogenic is that there is no definitive list of comedogenic ingredients. Although there are several lists that can be found in published research and on various online websites, many lack actual testing of commonly used ingredients, which casts doubt on the validity of the list. Some lists label an ingredient as comedogenic, while another list labels that same ingredient as noncomedogenic. Several current studies even call into question the hallmark rabbit ear test, noting the absence of scientific correlation with human experience. Even later rabbit ear studies by Fulton resulted in some ingredients dramatically changing their comedognicity grade. Testing on human subjects is questioned, as well. Some say skin tested on the back is not accurate, because it will not respond similarly to facial skin and the duration of the testing is not long enough.

U.S. Food and Drug Administration (FDA) guidelines further complicate the issue. The FDA defines a comedogenic ingredient as one that is known to clog pores. However, the FDA does not define a list of ingredients that are excluded for a product to use the term “noncomedogenic.” So ultimately, any company can make the claim that its product is noncomedogenic and still fall within FDA guidelines. In addition, there is no standardized testing and are no watchdog groups to catch misuse of the claim. Even if the industry attempted standardization, it would be an extremely difficult and costly endeavor.

To date, third-party comedogenic testing of a complete formula on human skin is the best way to know whether or not a product is comedogenic, and it is also the only way to legally substantiate claims such as “noncomedogenic,” “unclogs pores” or “reduces the appearance of blackheads.” However, third-party comedogenic testing is expensive and, because there is little-to-no regulation over the use of the term, very few cosmetic companies take that extra step. This is particularly troublesome with new ingredients that have no historic rabbit ear comedogenic studies behind them. Skin care clients are left scouring literature in an attempt to find a study that tested that ingredient or simply search for anecdotal evidence.

What estheticians can do

Although comedogenicity is not an exact science, there are steps that skin care professionals can take to help direct their clients to appropriate product choices.

Err on the side of caution

A product that has a comedogenic ingredient is not a bad product—it may just not be the best choice for someone that is clog- or acne-prone. It very well may be a fantastic product for those with drier skin types and smaller pores.

Although every client’s skin will respond differently, it is best to avoid known comedogenic ingredients for skin that is acne-prone. With so many choices on the market today, it is easy to err on the side of caution.

W Morris and S Kwan, Use of the rabbit ear model in evaluating the comedogenic potential of cosmetic ingredients, J Soc of Cosmet Chem 34 215–25 (1983)

Michelle Calvarese, PhD, is a licensed esthetician, as well as president and CFO of dermaTRUTH and founder of Truth Skin Care Esthetics Clinic. She can be contacted at mcalvarese@dermatruth.com.