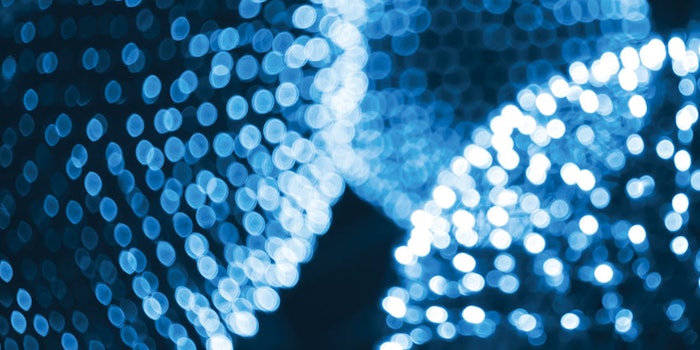 Spin-trap technologies sound like something out of the Sci-Fi world; and in many ways, they are. On a fundamental level, spin traps are like next-gen antioxidants. They make a proactive strike against free radicals by disarming and stabilizing them before they can cause damage. Antioxidants, on the other hand, while effective, are more reactive in nature, responding after the attack.

So what are spin traps, and how do they work? A brief origin story and (simplified) chemistry lesson provide insight.

In 1969, Janzen and Blackburn published1 on the use of a technique known as electron spin resonance trapping, or spin trapping, to detect free radicals. Simply put, free radicals are short-lived, neutral molecules that contain atoms having unpaired electrons. Being single, these electrons are essentially free to move about and interact with other molecules, which is what makes them unstable, highly reactive and potentially damaging.

Within atoms, these electrons spin and vibrate. They move based on how they absorb or emit photons, whose spectrums can be detected and used to identify the parent molecule. In the case of an unknown free radical—which, recall, is very fleeting—the researchers found that spin and motion of its electrons can be quickly "trapped" by adding a material to it with known electron behavior; typically, phenyl-N-tert butyl nitrone. With both behaviors trapped together, the known behavior of the former can be subtracted to reveal the latter.1

Previously, these researchers knew certain compounds could be added to free radicals to stabilize them and prevent them from causing damage; namely, quinones and trinitro aromatic compounds. However, of relevance to the current discussion is the fact that phenyl-N-tert butyl nitrone could not only stabilize but trap these fleeting free radicals before they reacted and caused damage.1 Furthermore, such spin traps are selective, only trapping reactive free radicals and not other entities, such as desired oxygen molecules.

Considering that phenyl-N-tert butyl nitrone could trap free radicals to make their detection possible, it was a natural progression to consider this trapping capability for health and medical benefits. It also inspired a search for materials with similar effects.

According to Sawant,2 there are five primary spin traps of interest for health and skin conditions, based on safety considerations. These include: two nitrones, i.e., the aforementioned phenyl-N-tert butyl nitrone and 5,5-dimethyl-1-pyrroline N-oxide; plus, four nitroxides; and a hydroxylamine-TEMPO. To reduce inflammation in chronic diseases, 5,5-dimethyl-1-pyrroline N-oxide (DMPO) shows promise as the foundation for future anti-inflammatory drugs.3, 4 And phenyl-N-tert butyl nitrone appears to protect the central nervous system; especially the brain, which is very susceptible to oxidative damage.5

For psoriasis, Perricone described, in a patent,6 the topical treatment of afflicted skin using a composition containing a nitrone spin trap such as α-phenyl t-butyl nitrone (PBN) and derivatives thereof; plus ingredients such as ascorbyl palmitate or ascorbyl stearate, and polyenylphospha-tidylcholine.

In the same patent,6 it is noted that “PBN and derivatives thereof have been reported for the treatment of a wide variety of disease conditions arising from or characterized by free radical-induced oxidative damage.” Such disease conditions include, for example, disorders of the central nervous system and peripheral nervous system, such as stroke, Parkinsons, traumatic nerve damage and the like; and disorders of the peripheral organs including atherosclerosis, cardiac infarction, ulcerative colitis, etc. Nitrones also have been reported to treat inflammatory conditions such as arthritis.6

The author detailed, “Reactive free radicals are attracted and bound to the beta carbon atom in the spin trap, forming a ‘spin adduct’ and effectively ‘trapping’ the free radical, allowing the structure of the trapped radical to be deduced, and returning it to a normal orbit before it causes damage to the mitochondria. The material acts to prevent free radical damage caused endogenously through normal metabolic processes, or exogenously by sources such as UV radiation, NO and other air pollutants by absorbing electrons as they spin out of control.”

Sawant’s work,2 published in the open access journal Cosmetics, also reviewed PBN specifically for anti-pollution applications since, according to the article abstract, antioxidants have limitations; one being their broader scavenging of not just free radicals but also desired oxygen.

Indeed, Sawant writes, "... antioxidants chemically react with the free radicals to convert the ROS into water to terminate the chain reaction. Antioxidants might be counterproductive as they may contribute to hypoxia (lack of oxygen) in deep tissues by indiscriminately converting both normal oxygen and ROS molecules to water. On the other hand, spin traps react only with the ROS in a passive way by intercepting it before any damage is done. It can differentiate between good oxygen molecules and ROS (which are harmful).”

According to Sawant, nitrones, particularly PBN—also referred to phenyl t-butylnitrone, phenyl butyl nitrone, phenyl-N-tert butyl nitrone or the INCI Phenyl t-Butylnitrone—have been implicated in not only anti-aging and anti-inflammatory health benefits, but also anti-aging skin care, scar-reducing products and for inflammatory conditions such as rosacea and sunburn. Additionally, spin traps demonstrate antimicrobial properties and low, if any, irritant potential.

In the near future, Sawant notes2 PBN or other suitable spin traps, along with cosmetic actives and antioxidants, may be included in cosmetics to reduce or prevent ROS and other free radicals generated by high frequency, high energy (HFHE) visible light; near-infrared light; and blue light. Currently, spin traps and PBN in particular are included with other antioxidants or cosmeceuticals in select high-end cosmetic products, mostly for anti-aging benefits.

Sawant concludes,2 “This trend of using spin traps in cosmetics shall increase in the next few years. However, the toxicity and regulatory constraints of spin traps need further studies...”

At Spa Lotus in Kula, Hawaii, the Super Antioxidant Facial (75 min., $105) uses spin trap to strengthen the skin and protect from free radical damage. The facial begins with a glycolic/lactic acid peel followed by a facial massage with jojoba and argan oil. A mask with spin trap is then applied, and the treatment is complete with a elixir full of peptides and antioxidants.

At diVINE Spa in Naples, Florida, spin trap is incorporated into the Vino Hydrating Facial (60 min., $105), with vitamin C and E to strengthen the skin and protect against free radicals. Of course, resveratrol is the facial's main antioxidant source, and the facial is recommended for mature skin types.

At Serenity Skin Electrolysis and Skincare in Boca Raton, Florida, spin trap is a star ingredient in both the spa’s Stay Calm Facial and Be Ageless Facial. In both facials, the ingredient protects skin from free radical damage and helps to lessen the appearance of age.

When it comes to professional skin care producs with spin trap, there are options available for all areas of treatment including the lips, eyes and face.

For spin trap for the face, look to Vivant in its Spin Trap Antioxidant Serum, which provides daily defense against the sun’s damaging rays. The serum combines vitamins C and E for an antioxidant shield while niacinamide strengthens the barrier and suppresses melanin.

Rhonda Allison offers spin trap for the face and the lip/eye areas. Regarding its mechanism of action, CEO Shannon Esau explained, “Typical antioxidant ingredients neutralize free radicals and eliminate them but spin trap neutralizes them and turns them into several other healthy, functioning molecules that benefit skin cells. Spin trap can also be used in tandem with other antioxidants to create a powerful combination.”

Hale & Hush offers Brilliant Eye & Lip Serum with spin trap to protect again oxidative damage. Commenting on its action, Kris Campbell noted, “Phenyl t-butylnitrone (PBN) is an intelligent and powerful antioxidant compound known as a “spin trap” because of how it targets and traps free radicals to convert them to stable molecules that are no longer destructive for removal by the body, or for reuse in various cellular processes. PBN is particularly effective against the aggressive hydroxyl and superoxide radicals to provide superior protection for mitochondria and DNA, which are especially susceptible to those two radicals.”

Finally, Institut’ DERMed also uses spin trap to treat the eyes in its Enhancing Eye Serum, which additionally uses corn silk extract to fill in and repair deep lines around the eye contour. In the serum, spin trap intercepts free radicals before any damage is done to healthy cells.

Hopefully, this overview of spin trap technologies has left you enlightened, inspired and non-oxidized; and not made your head spin.